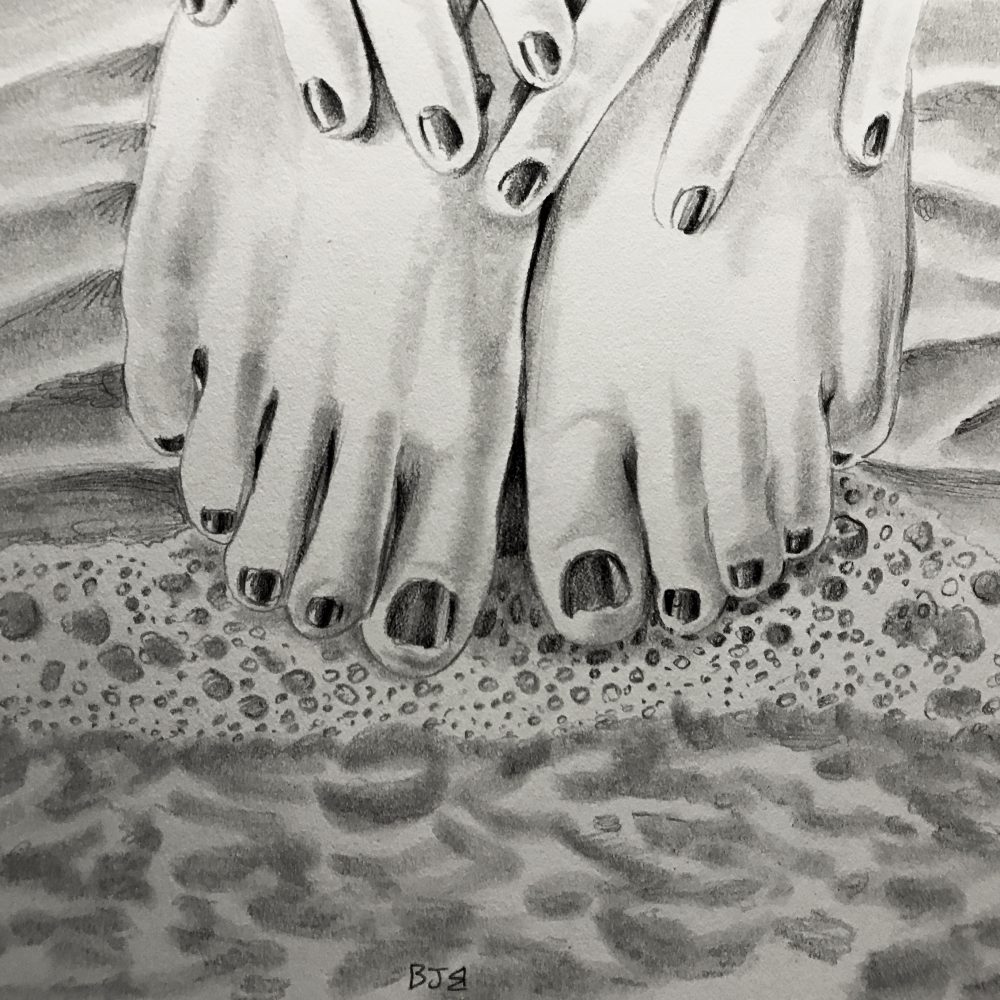 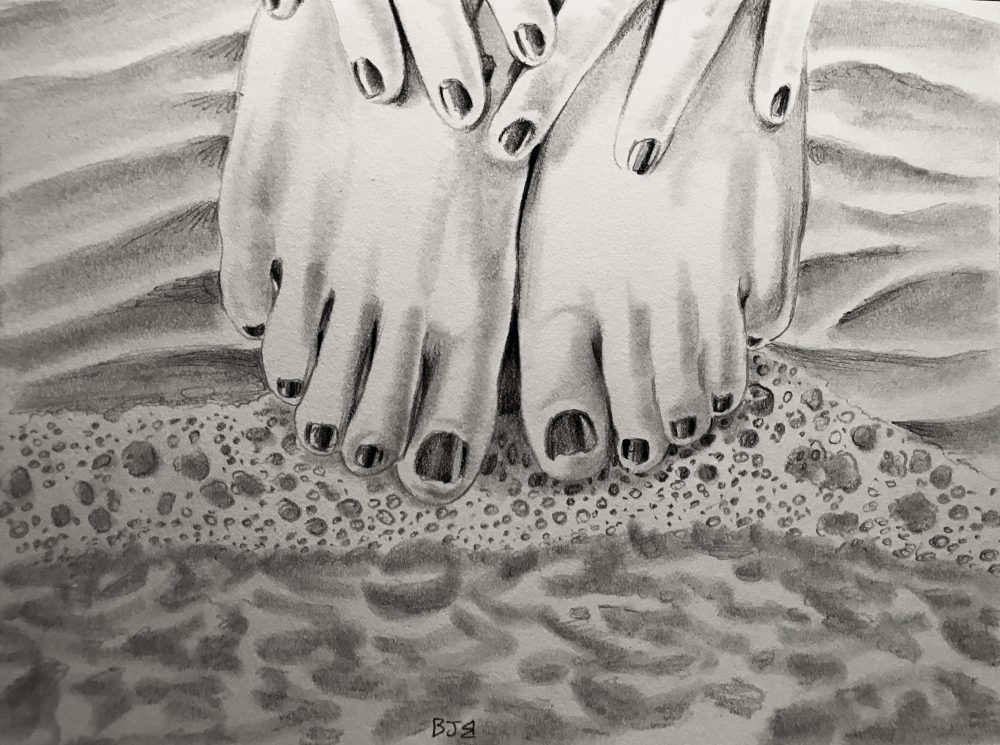 Beyoncé sits on the beach at sunset. She hugs her knees to her chest, her bare feet seeping into the wet sand, small waves rolling around her ankles. Sea foam fizzes between her toes, leaving whispers of white grit on the bare skin of her thighs, the tops of her feet. In the distance, the sun bursts with heat and color; even as it sinks low enough to meet the horizon, she has to squint just to take it in. Was it always so bright, or is that new? She can’t remember. And of course, there is nobody she can ask.

She chuckles a little, thinking about that—about other people.  She’s spent so many days like this, sitting on the beach, watching the sun rise and then watching it fall, fantasizing about what it might be like to have a conversation with another person. Her loneliness has become so laughably extreme, she can’t really take it in.

At this point, she thinks, it wouldn’t even have to be a serious conversation; I’d be happy to talk about the weather. Still, what Beyoncé wants more than anything is for another person to help her remember what life was like before everything started changing.  Before the barrage of wishes scarred the world with its well-intentioned pettiness.

It had started with the toads. The toads and the missing men. Nobody in Bey’s inner circle had made the connection at first, but apparently someone had found a magical amulet and wished all the sexist men in the world be transformed into the toads. Beyoncé remembers with a pang of guilt the moment she found a toad in her own bed and tossed it off the balcony of her Tribeca high rise.

After the toads appeared, but before anyone knew about the amulet, there had been a great deal of chaos, with people shrieking about the rapture. Then came a brief period of time she couldn’t remember, although her hair and makeup people would inform her later that everyone who wasn’t gay had disappeared for a little while, thanks to the wish of some guy they called the Gay Messiah.

Eventually, someone got ahold of the amulet again, and brought back a few people, female pop singers and character actresses, mostly. Beyoncé had been one of the first to return, and she felt compelled at the time to release a video album to show how grateful she was for all her gay fans, who supported her even when she’d been accidentally banished from existence by a vengeful gay sorcerer with a powerful reality-altering artifact. It had been very popular, and with the new and improved population, won several Grammys. Still, despite being thankful at the time, Beyoncé wished things would return to normal. Every morning, it seemed someone new had gotten ahold of the amulet, and something fundamental about society or even reality itself shifted suddenly. Usually, whoever had the power to do so wished away or brought back some undesirable population. Over time, the human population on earth had thinned.

Who had made the final wish that left Beyoncé alone, not just in her apartment building or even on her block, but as best as she could tell, the entire world? She would likely never know. She had to make peace with that, although lately making a guess or two at the wording of the wish every now and again pleases her.

The sun has almost completely disappeared on the horizon. A wave slides past her ankles, a little higher than the others, and Beyoncé knows that means the tide is coming in.  She stands with a sigh, and turns back to land. The air is misted with the ocean water, and she licks the back of her hand, tasting the gritty sea sugar on her skin.  Sometimes she reminds herself how much she has to be happy about. How glad she was, to never wait in line at the bodega. No more dodging paparazzi, no more social media. If she has to spend the rest of her life alone, wondering about the magical distortion of reality, the fundamentally warped universe, at least the ocean is still the same sweet pink, the night sky still lit by the same gorgeous purple moon, and everything beneath it free from harm, from shame. From judgment.