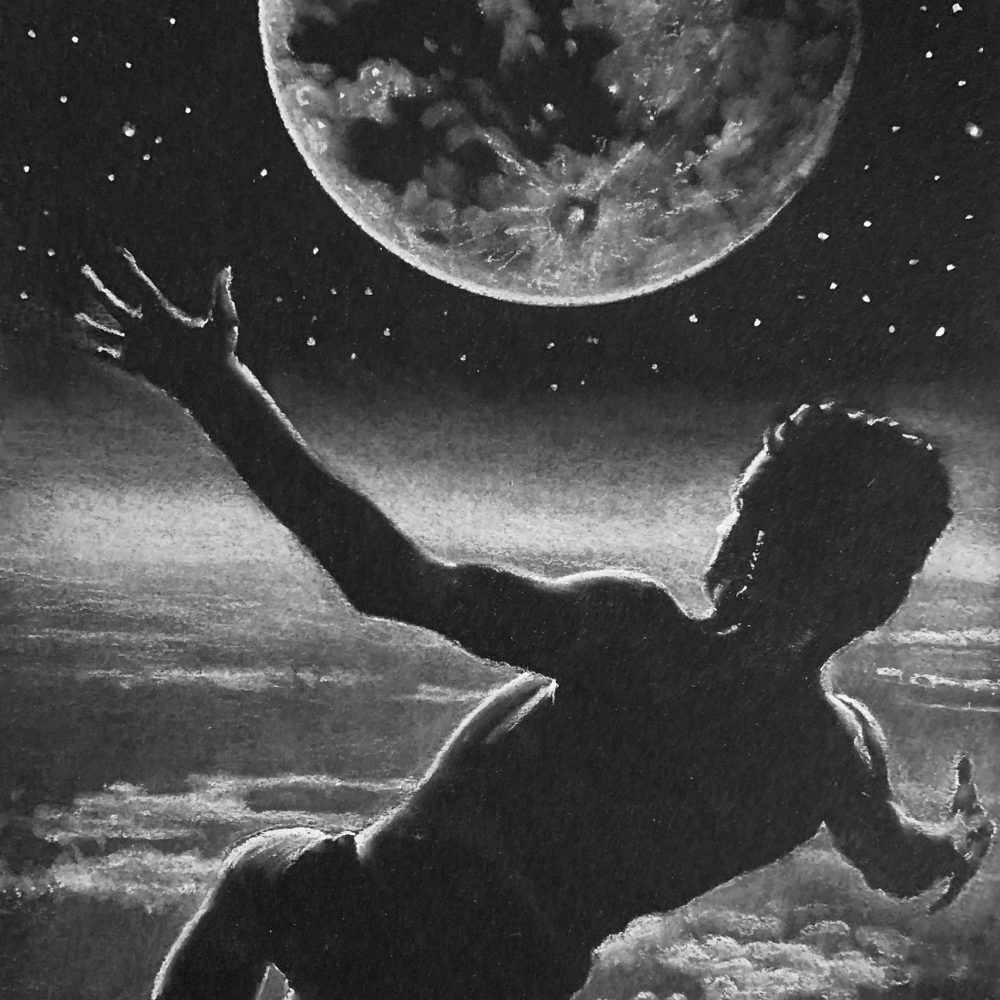 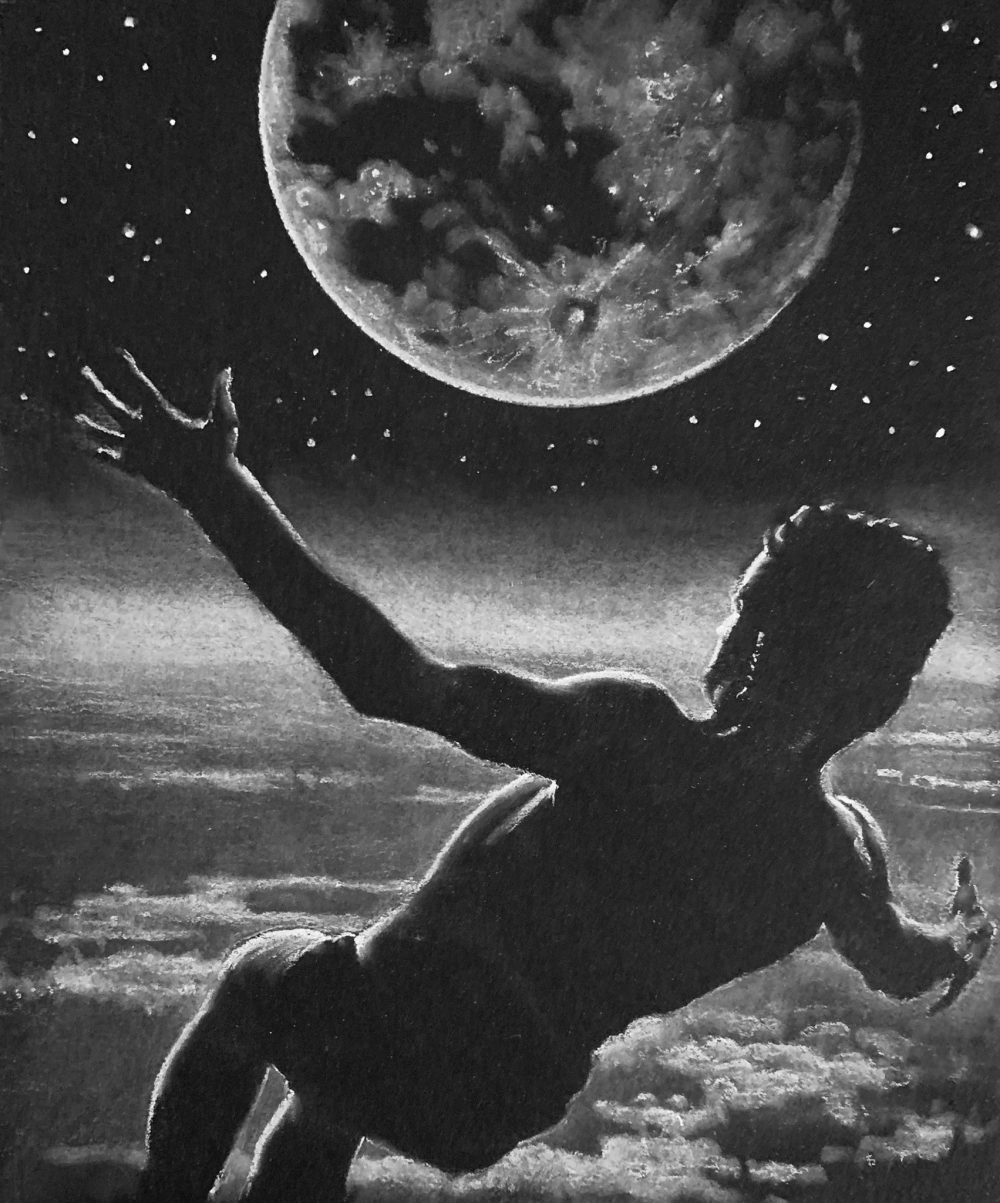 You hold the man who once held you. On his shoulders or swung from your pits. In his arms you were air and now his body has become economical. He’s travel size as you transport his chicken bones from his chair to his chair (the one with the wheels).

And his mind, well, it’s gone.

The man who helped assemble a hundred-part NASA lunar lander while explaining to you how space atrophies the muscles. He glued the plastic as you glued your fingers. He said in his deep voice, “The body eats itself up there and there’s no gravity to tell it to stop.”

You lift him from his chair and there’s no resistance and you pull down his pants and there’s no comprehension. Let’s just say you’ve gotten to know him intimately as you scoop out the half that didn’t make it to his chair (the one made of porcelain). His body has been eating itself and it has left the remains in his diaper, on the floor, and sometimes inexplicably, in his hair.

Later, you find yourself in a high school gymnasium, while Steve, who’s got a university degree in nothing, gives you his hundred-part advice on dealing with a loved one who’s been fucked by seventy-five years of gravity. “The brain can’t be put back together again,” he explains. He tells you how there’s no glue that can fix this.

When you get back, the dad that could once beat up everyone else’s dad still hasn’t made his way to heaven.  Not even with his hands being hollowed out to a thin webbing. Not even with the hands of a bat. If he gets any lighter, you imagine, he’ll just float there.

He lies staring at the moon: the man who once held you, who changed your diapers, who taught you words. And you leave him for the kitchen so you can make him his baby food.

R.J. Patteson is an author/screenwriter from Toronto, Canada, and finalist for the Academy Nicholl Fellowship. His other stories are new and forthcoming in MoonPark Review and Animal: A Beast of a Literary Magazine. He tweets @rjpatteson.