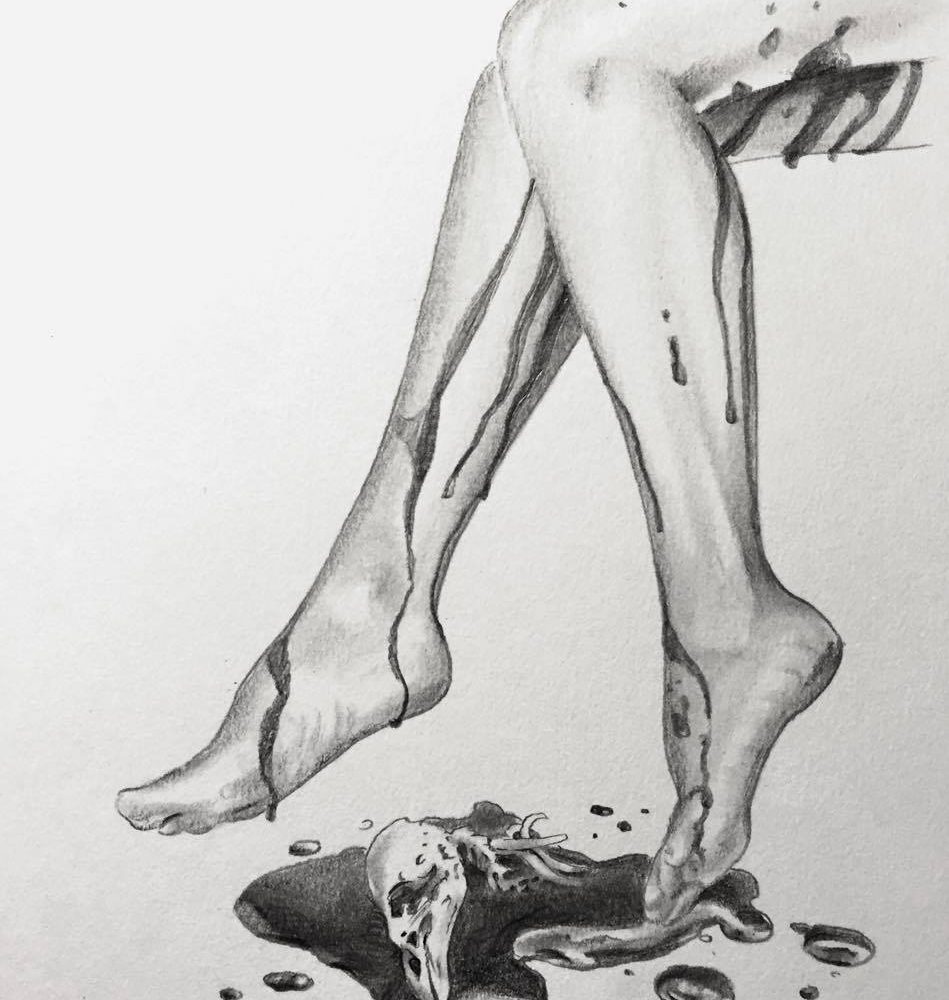 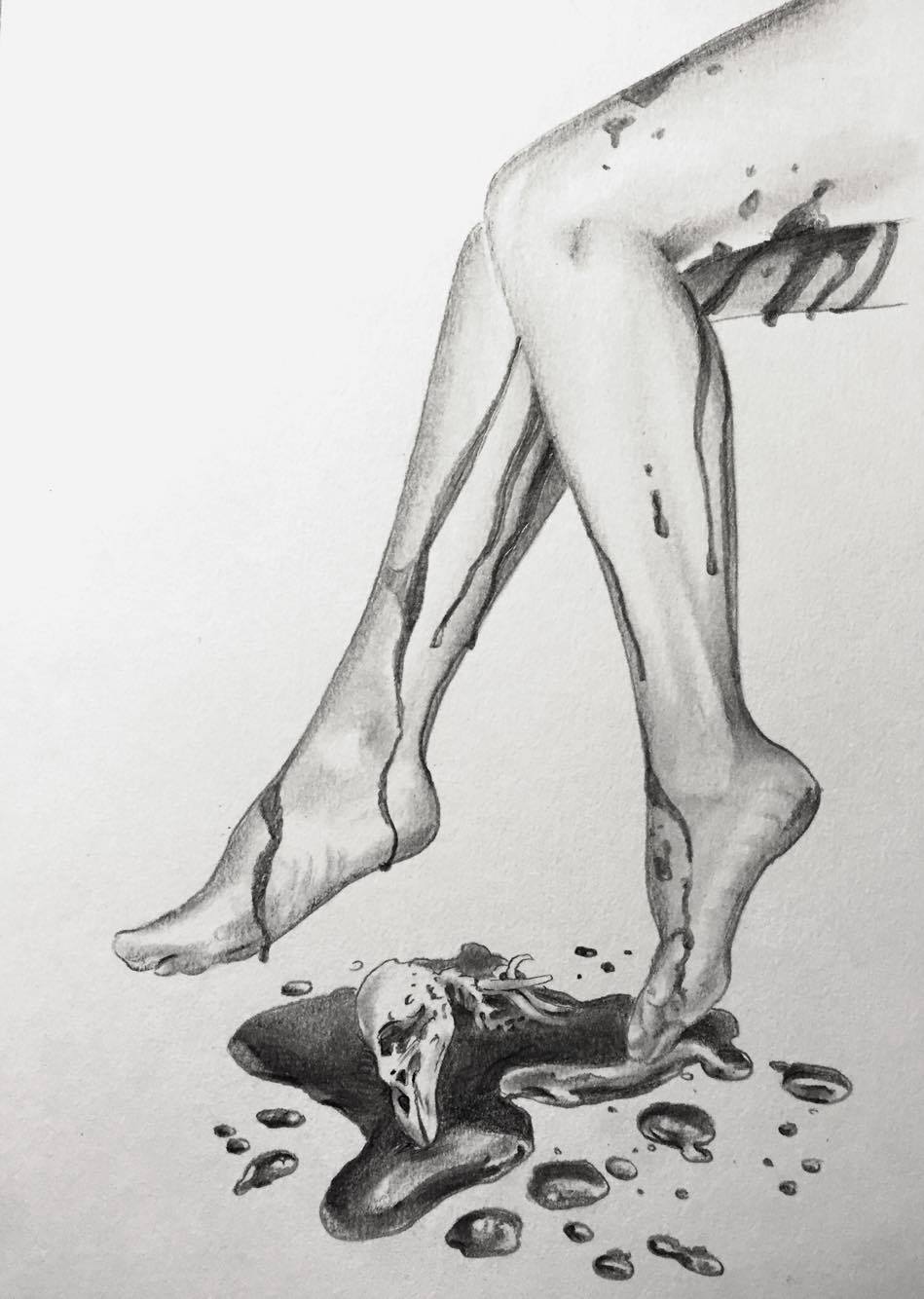 The blood peels itself from napkins in the trashcan next to the bed, the duvet in the hamper, Lana’s underwear crumpled on the bedroom floor. It converges together in front of the bedroom door. It bends and twists a plea one letter at a time: H-E-L-P-P-U-T-M-E-T-O-G-E-T-H-E-R. “How,” I ask. The blood forms a tiny head, neck, and shoulders just to answer with a shrug.

Lana didn’t understand why her body rejected the thing that might have become Paul or Pauline. A few days after it happened, I caught Lana in the bathroom looking at her stomach in the mirror, her fingers studying it like a black box. I wonder whether the boy who would probably break his collarbone on a moped or the girl whose teeth would be as briar patch gnarled as mine made it and Lana’s body decided to spare them the cruelty of living. I only inspect at my testicles for when I’m alone in the shower so Lana can’t see how I’m trying to figure out what went wrong on my end.

I offer to help Lana shave her legs. I put the flecks of toilet paper with her blood on it in my cargo short pocket when she isn’t looking. I rescue used tampons while they’re still wet, squeeze them into the blood after it forms a baby bird’s beak and makes chirping motions. I move furniture around the house to help Lana open her shin, a toe or two. I promise the blood not to say anything to Lana until it has enough to form a larynx to greet her, arms that will never let her go.