As I write this, people in my writing circle are mourning the death of a man who was something of a giant in our literary world.

Many are grappling not only with that monumental loss, but they’re struggling to find the appropriate way to express their condolences to his wife (also a renowned author) and family. These are writers whose talents are finding the precise way to convey words of substance, and yet what can you possibly say to his wife, to the family and cherished friends he left behind—

Sorry for your loss?

My thoughts and prayers are with you?

At a time like this, even the most well-intended or articulate message sounds canned, blunt, and stripped of authentic emotion.

Death does that to the people it hasn’t yet taken. It leaves them rattled, confused and ineffective. It steals their sense of clarity, their hopefulness, and it’s not their fault.

Yesterday a close friend of my daughter’s slipped and fell from a waterfall to his death. He was all of 26 years old. When my daughter called—because she “didn’t know who else to talk to about it”—I swallowed stones and stumbled with my response.  How many times can you say, “I’m so sorry,” before that, too, goes flat? How many times until you feel like a failed father, and friend?

Death is an emotional earthquake for those affected by it. Figuratively and literally, the lives of the departed’s family and loved ones get jolted and manhandled. Things collapse and shatter.  Destruction reigns.

When we lived in Virginia, my wife had a very close friend and work partner named Hala. Hala was a bright light, effervescent, the kind of person you seek on bad days because they’ll always pull you out of your funk, leaving you lighter and hopeful afterward.

Our daughter was only ten months old on the day of Hala’s wedding and we have a framed photograph of Hala in her wedding dress holding Madison. In that photo, Hala looks everything like an angel draped in shimmering white, her veil very much resembling wings.

A couple of months later, on Christmas Eve, Hala was en route to an orphanage, her SUV filled to overflowing with wrapped presents. Almost blink-fast, the DC area experienced a sudden whiteout that coated the roadways with sheets of ice hidden beneath the blur of snow. Hala crashed, hadn’t been wearing a seatbelt, and was flung through the windshield.

The word devastating doesn’t even come close to describing how we all felt, but what other better words are there?

Hala had been born and raised in Israel during the height of Middle East combat, and planned on going to law school with the intent of assisting immigrants obstructed by bureaucracy. She asked me for help with an essay she had to write for the application process, and 25 years later, I still remember her powerful first line: I was born a child of war.

Hala’s husband asked me to read her completed essay at the funeral. A week prior, every single day, I’d try to practice reading it aloud but I could never manage to get out more than three or four sentences before crumpling, sobbing, blinded by tears and anguish.

My wife and I told Madison that Hala was her angel, always nearby and looking out for her.  We have the photo to prove it.

Many years ago, I saw a film called Tuck Everlasting. The movie itself wasn’t very good, but the premise was jarring and has stuck with me all this time. Essentially, what occurs is there’s a magic spring with water, that if drank, will allow you to stay the age you are for eternity. While at first blush, that sounds like a pretty damn good deal, the film slowly debunks that notion by showing that immortality is hardly as gratifying as we presume.

Death has tentacles. Its reach leaches into the lives of those who knew and loved the deceased. For us who believe in an afterlife, there’s some solace, but still, when Lazarus died, even Jesus wept.

Death is sobering, to say the least. It’s a thunderclap reminder to live life fully, to cherish the most mundane moments. In its horrific wake, death should be the prod that gets us to say, “I love you.” Or “I’m so grateful you’re in my life. I hope you know how much I value your friendship.”  It should nudge us to laugh more, to be silly, dance barefoot in the rain, wear that expensive dress or sweater instead of keeping it zipped up in a garment bag. Death’s shadow says—if we’re harboring grudges or have unfinished business, it’s best to take care of things now, while we still have the chance.

There are a million reasons why we should enjoy and celebrate life, and death could well be the most important one of all. 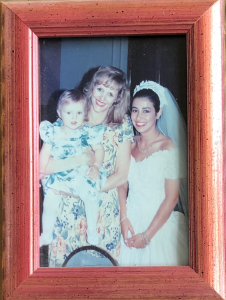