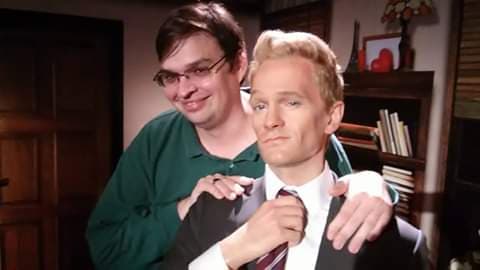 This week the cast lineup for Dancing with the Stars was announced. Usually, a cast announcement for a reality TV show, especially one that’s been around as long as DWTS, is barely a blip in the news. However, this news caught fire all over my Twitter feed when it was announced that one of the contestants was former White House Press Secretary Sean Spicer. The man who set the angry tone of the Trump administration and lied to the press and the American people on a daily basis is going to cha-cha his way across televisions on a weekly basis.

At some point in the future, the Trump administration is going to end. (Cross our fingers it’s going to be on January 2021, if not sooner.) What happens to all these people who enabled the president to continue lying, stealing, and covering up his wrongdoings, all while drawing salaries paid for by US taxpayers? There are only so many spots on Fox News for “commentators,” I would imagine.

About a year ago, the New York Times published an anonymous op-ed from someone who said they worked inside the White House.  They referred to themselves as part of “The Resistance,” essentially saying they stay on in their jobs to undermine the worst of Trump’s impulses, and this is why we’re not currently at war with North Korea or whatever. While I am sure a few officials will always defend their roles, I am willing to bet, when it’s all over, more people will come forward saying they were resistors, like in this op-ed. They worked hard to keep the country going in spite of the president. They are going to try to rehab their image, ask for forgiveness, and say they want new opportunities to begin again. There’s going to be wannabe resistors on press tours, peddling new books, and making television appearances. They are going to want a do-over.
However, none of this should happen. None of these people deserve a break or a second chance. Ideally, not only should their political and business career be over, but any career that doesn’t involve making license plates for ten cents an hour should be closed off to them. However, in the absence of that, we should never let anyone who served in the Trump administration for even one day forget about how they enabled this man to send our country careening towards a bleaker future. Their roles should forever haunt them and haunt us.

If you think this is harsh, consider this: one troubling aspect I have noticed about the era of Trumpism is this tendency to lionize conservatives of the past: George W Bush, the president who got us into two unnecessary wars and couldn’t pronounce “nuclear.” However, he now seems reasonable to people because he spoke in full sentences and did not say racist things in public. So my question is: what will the candidate look like that makes Trump seem reasonable in ten years? I shudder to even consider it, but if it’s happening now, it could happen again. If we want the exit of Trump from the national stage to be the end of Trumpism, we cannot ever let his enablers gain any kind of respectability again. Any softening of their roles and their lies will cause complacency. Even if it is just doing the foxtrot on national TV, Sean Spicer and his ilk are dangerous.