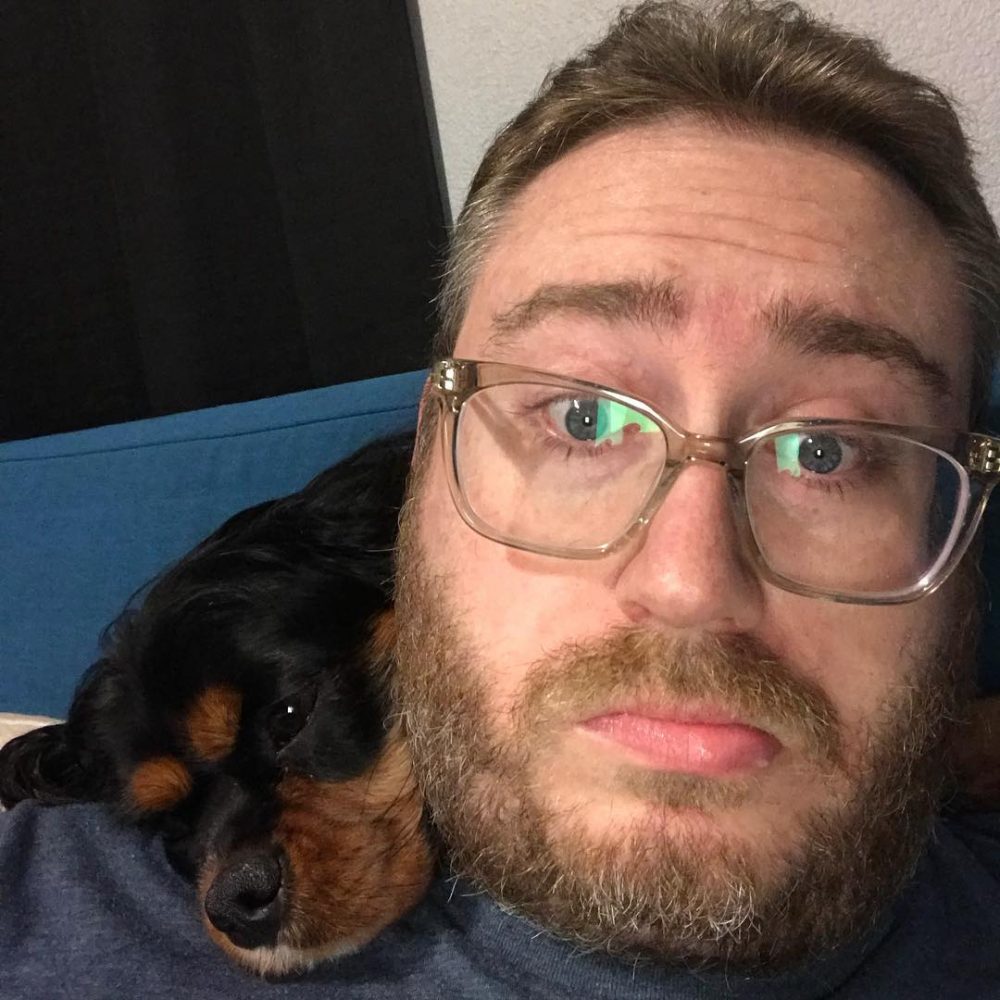 A month ago, Mike Kleine tweeted out a link to a game he built called Suicide by Jagjaguwar. At first look, it looks like a game I would have played as a kid on my ColecoVision. 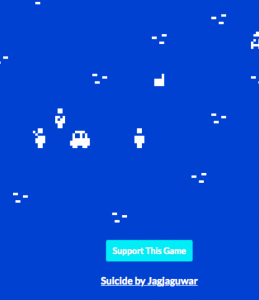 As you walk around, you start to realize this isn’t like a traditional game, one where there is a quest where you have to kill something or rescue something or someone. 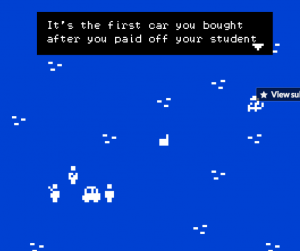 And like life, you die suddenly if you make the wrong move.

I asked him how he made this game and he said it was through an application called Bitsy. 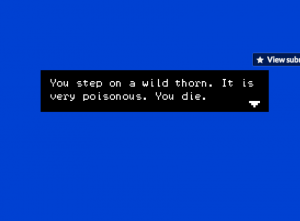 This wasn’t the first time that I discovered a game making tool accidently. In late 2016, I discovered Twine, “an open-source tool for telling interactive, nonlinear stories”. This is a very long way of saying “choose your own adventure”, which you can’t use because that phrase is actually copyrighted by Chooseco, a publisher based out of Vermont. The concept is about the same with Twine: you write a story where you make choices and based on the choices you make, you reach a specific outcome. 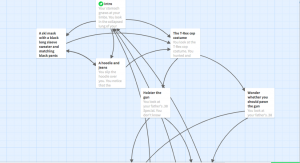 The code in Twine (Harlowe) is easy to learn and use but it takes a lot of time to build a Twine game, depending on the complexity. This one is from the first one I made called “Due Process”. I managed to adapt this to a live performance to really amusing results.

Bitsy is the same concept as Twine: an open source tool for telling non-linear stories but instead of text, you make video games.

Bitsy is deceptively simple. You decide what your avatar looks like, you decide the tiles, what items are available, who you talk to and what they’ll say based on certain reactions. 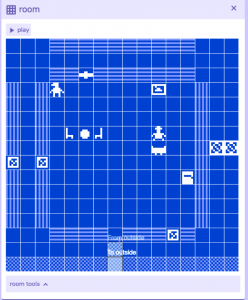 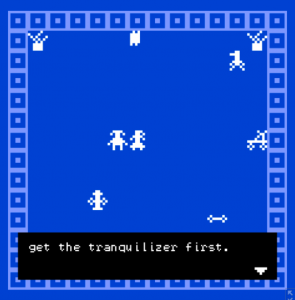 I say deceptively simple because it is simple to create things but not so simple to make those things do what you want unless you dig in with the help forums over in itch.io, play other games, even learn more about HTML so you can make it do more.

The restriction within Bitsy reminds me of the restrictions imposed by forms of poetry. You choose this restriction when you decide to write a villanelle or a sonnet or a haiku. The challenge is to write something compelling while playing by the rules. Fiction doesn’t seem to have quite the same restrictions other than the writer making those choices, such as Lazlo Krasznahorkai choosing to write a novella as a single sentence, or the form of flash fiction where you have to tell a story in 1,000 words or less. Form poetry says you only have x amount of room. Fiction is a little more generous.

When using Bitsy, it’s best to approach it by figuring out what you want to do first, what story you want to tell. I decided that I wanted to adapt a piece of flash fiction of mine called “Civil Engineering”. What I should have done before using Bitsy is plan the look and feel of the game, what I wanted to game to do with my story. As an instructional designer by day, I’ve learned the hard way to always design first before building it in the authoring tool. “Civil Engineering” took about five or so hours to build because I didn’t have all of those things figured out, and it only takes place in a single room.

Currently, I’m at work with my next game, a book trailer for my story collection Neil & Other Stories. I’m about 15 hours in, only because I’m trying to figure out how I can make Bitsy do more for the story. Revision is revision, regardless of form. 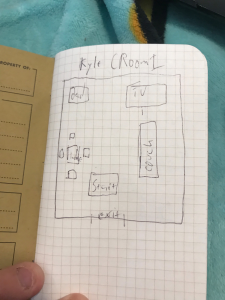 Here are some links for you to check out if you want to flex your narrative muscles by designing your own games:

Here’s are some links to a couple of my games, designed in Twine and Bitsy

And here are two of Mike Kleine’s games, whose talent seems limitless.