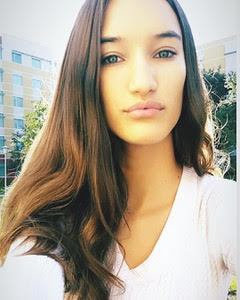 I was twelve years old when I decided to write.

I pretended to tidy up my backpack until every other student in my seventh-grade AVID class rushed out of the door. The room emptied quickly, until Ms. C and I were the only ones left.

“You’re gonna be late to your next class,” Ms. C said. She knew I wanted to say something, and that phrase was her segway into the conversation. “What do you want to tell me?”

She nodded, smiled. I wish I could remember her exact words, but I can’t. I’m sure they were positive, encouraging even. And yet what stayed in my head is this: she looked at me and said, “Author Karen Gonzalez-Videla. It has a nice ring to it.”

I was appalled. “Author Karen Gonzalez-Videla” had no ring to it at all. The Gonzalez was too Hispanic, the Videla was mispronounced by every American I had ever met, and the name was too long. I thought of my favorite authors at the time: Rick Riordan, J.K. Rowling, Suzanne Collins, Piers Anthony. No, I thought. Gonzalez-Videla isn’t a writer’s name at all.

I spent the next few years scribbling variations of my last name on the margins of algebra worksheets and history research papers, observing the movement of my lips in my bathroom mirror and ensuring the sounds emanating from them sounded less foreign to an American audience. I combined the two parts of my last name into one: Gonvi? Govid? Gonela? I cut it short: Gonz? Vide? By my senior year of high school, I had settled on my initials. My author name would be Karen G.V.

It wasn’t until my second year of college, when I started submitting my work to literary magazines, that I realized how silly I had been. I had wasted the majority of my life coming up with a last name I had no attachment to. There could have been hundreds of people chanting their love for Karen G.V.’s writing and I wouldn’t have cared. She hadn’t stored a notebook on every purse in case an idea popped into her head while she walked the aisles of the supermarket or met with an old-time friend. She hadn’t rubbed her swollen eyes in front of a word document at one in the morning because the fourth sentence of her flash fiction sounded completely wrong. She hadn’t bought three short story collections in the past month and spent her savings on a new laptop after the last one made a weird noise and shut down permanently. She hadn’t written any of the words ingrained on those laptops. She didn’t even exist.

I erased the G.V. on the name section of Submittable’s welcome page, wrote “Gonzalez-Videla,” and pressed the sign up button.

Now, I’m not an expert on the art of pen names. There are many writers out there with valid reasons for using them, so I won’t sit here and command you not to. What I will do is ask you to give the matter extensive thought. Ask yourself: why do you want to use that alias? Perhaps it’s a matter of privacy; you’d rather keep your nine to five sales job separate from your typing fingers. Or perhaps it’s a matter of creativity; you can develop centuries-old war plots between races of different planets much better when you embrace your alternate persona. Great! Go ahead and use that pen name.

But perhaps it’s a matter of fear; something about you doesn’t quite fit the view of the seemingly-privileged, and you’ve spent the last decade disguising yourself as one of them. If that’s the case, then I beg you to reconsider. Your words don’t deserve to mingle within the website of an editor who can’t smile at the foreign sounds living within the letters of your identity. Give him your last name, and when he smirks and says “No,” take your words away from his muddy hands, and give them to someone else, someone who will display the Gonzalez and the Videla in a big, vibrant font.