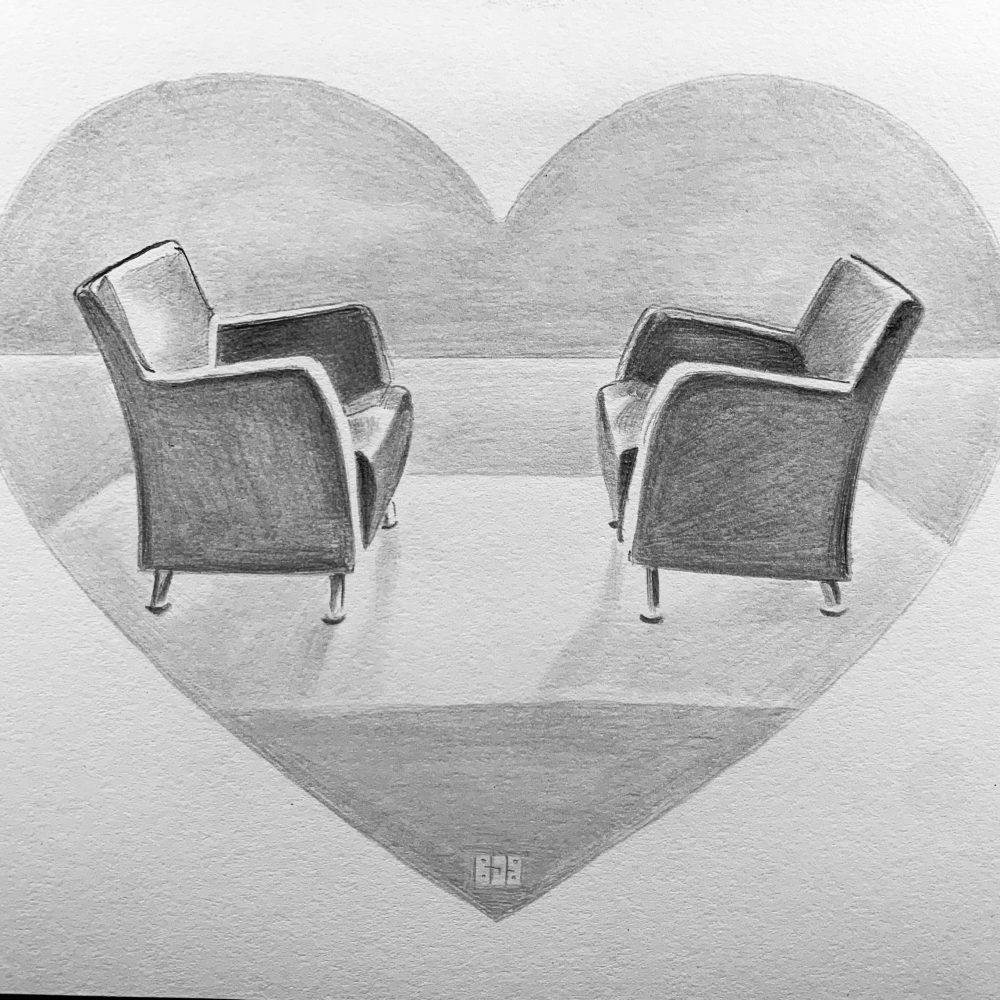 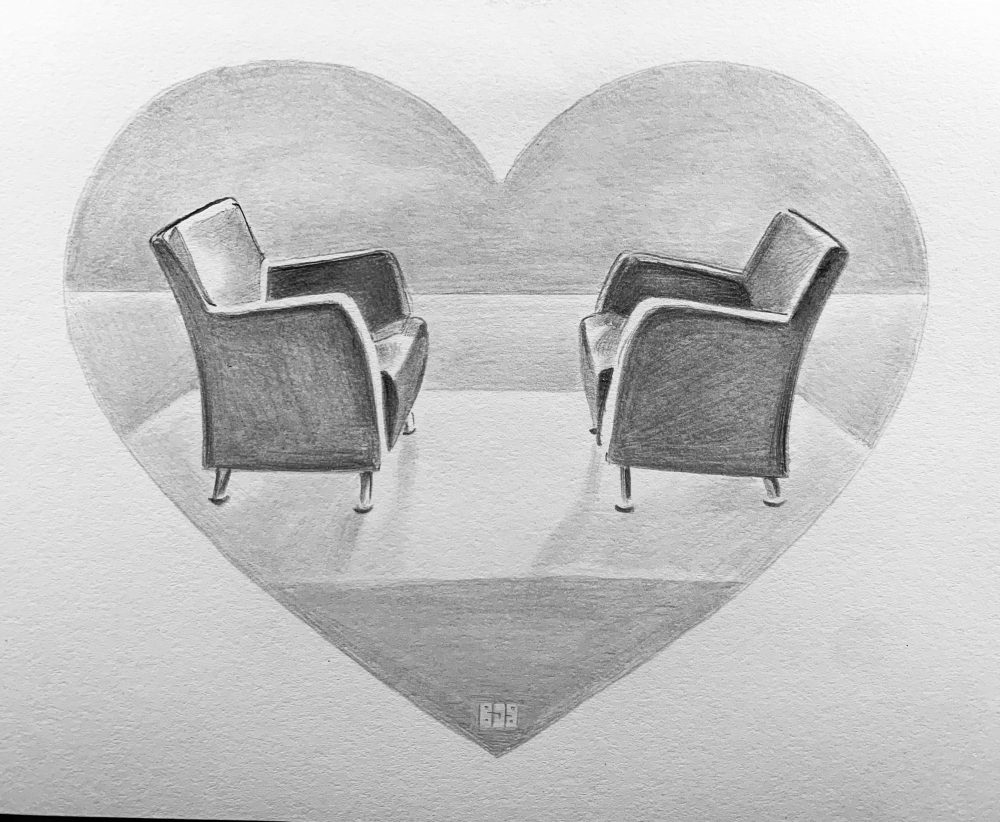 I knew it after the first session, seeing the way his eyes swam, bulged, floated and stuck on me like leaches, absorbing every possible bit of my sweat and blood.

He was the chair-facing-chair type, no desk or barrier, and I liked that, how it showed me his entire exoskeleton and the way his khakis tented up at the crotch after I’d said the word moist to describe my disappointment of the world at large.

I knew he’d get to it, as they all do, sooner or later, and he did. He lowered his head and bald spot, his face and skull and yellow-ghoulish eyes, and said, You might have, what in crude vernacular, is called a Daddy Complex.

I feigned ignorance. Blinked seven times in quick succession. I could hear a muffled panting while he waited for a reply. I could hear life either ending or beginning. So, instead I twirled my ponytail and blew a gum bubble the size of Jupiter, enjoying the dull pink swell of it.

Through the gauzy, sugar balloon, I studied him and decided, he would need to go, like all the others.

In crude vernacular, I said, you know I’m fourteen, right?