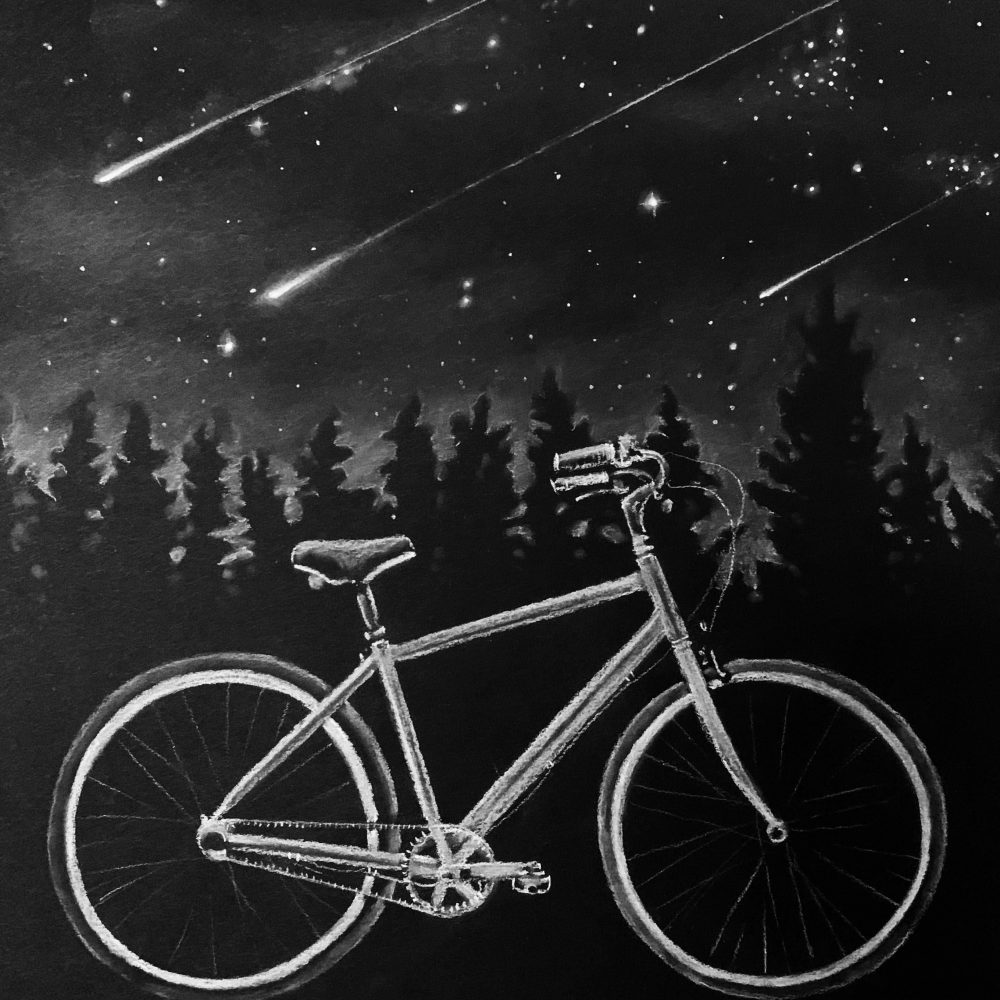 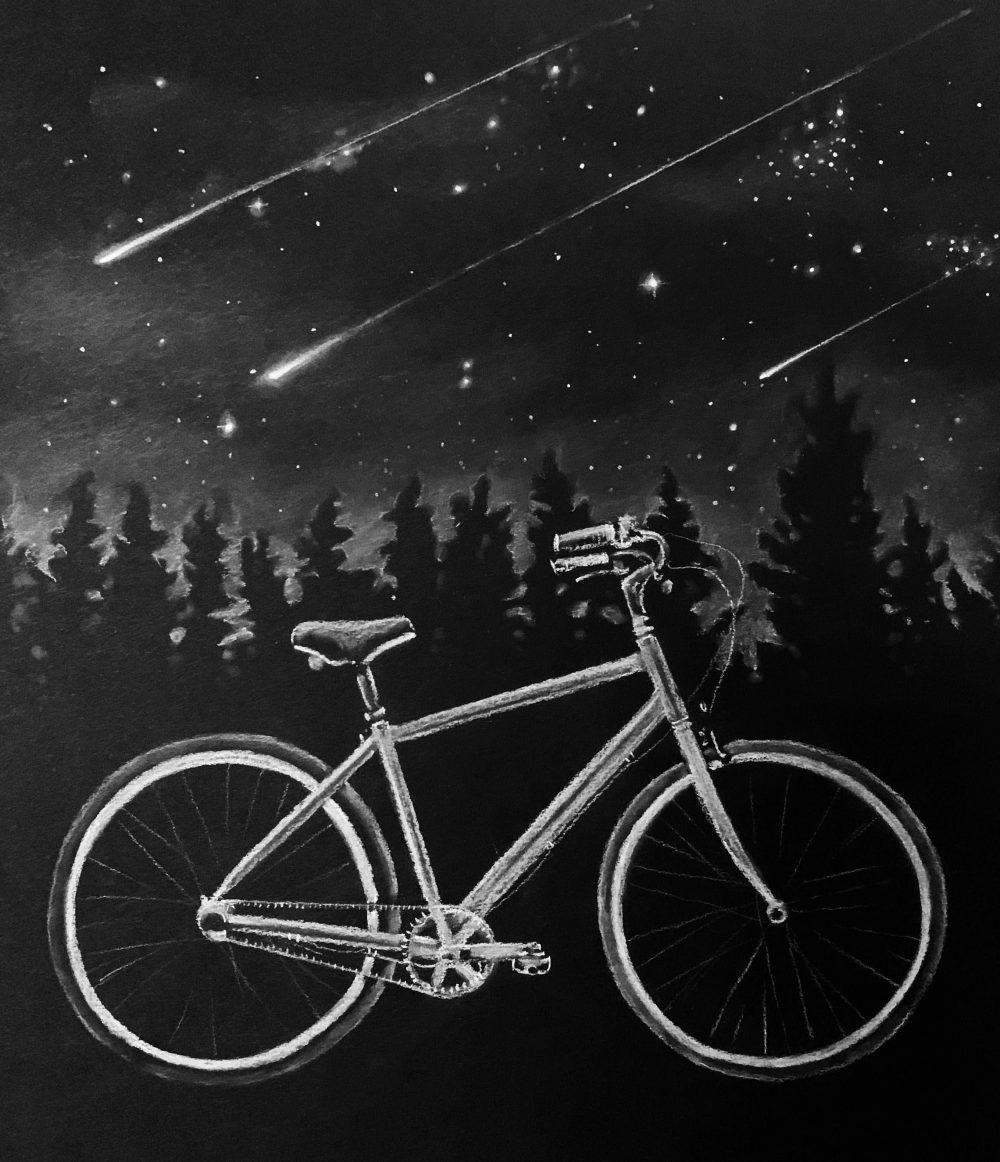 The summer we divorce, the annual Perseid shower peaks on your birthday, and I lay in my yard, my clothing damp with dew, stare up at the sky the way we did that time we went camping on the island, that time our boys attached glow-in-the-dark bracelets to the bikes we’d just removed their training wheels from, and they hooted as they rode through the darkness avoiding fire pits and tent lines, and that girl who’d asked her boyfriend to marry her on the bank of the river a few hours earlier was all smiles and gentle touches with him, and he was all sweet words and infatuation with her, and they bought you a four-pack of Guinness as a gift and we sat in tattered camping chairs for hours, our necks craned back, our eyes searching the sky, waiting and waiting and waiting, and the newly-engaged girl caught the shift of the stars with her fancy camera when they shot through the night and it blew my mind to see tracers like that, the journey, the inevitable extinguishment, and none of us spoke except to announce another, another one, we’d say, did you see it, or, that was a fast one, a bright one, a large one, and I’d never seen a shooting star before that night, never seen something streak through the sky except a plane or a bird or a firework, and while I didn’t see a shooting star that summer we divorced, I did catch one that night we camped when I walked to the outhouse alone on a trail leading to the beach, and I stood in awe of its beauty, of its momentum, of its ability to shoot through the galaxy on its own, unattached and unadorned.

Jennifer Todhunter's stories have appeared in The Forge, Hobart, Monkeybicycle, and elsewhere. Her work has been selected for Best Small Fictions, Best Microfictions and Wigleaf´s Top 50 Very Short Fictions. She is the Editor-in-Chief of Pidgeonholes and founder of Trash Mag. Find her at www.foxbane.ca or @JenTod_.