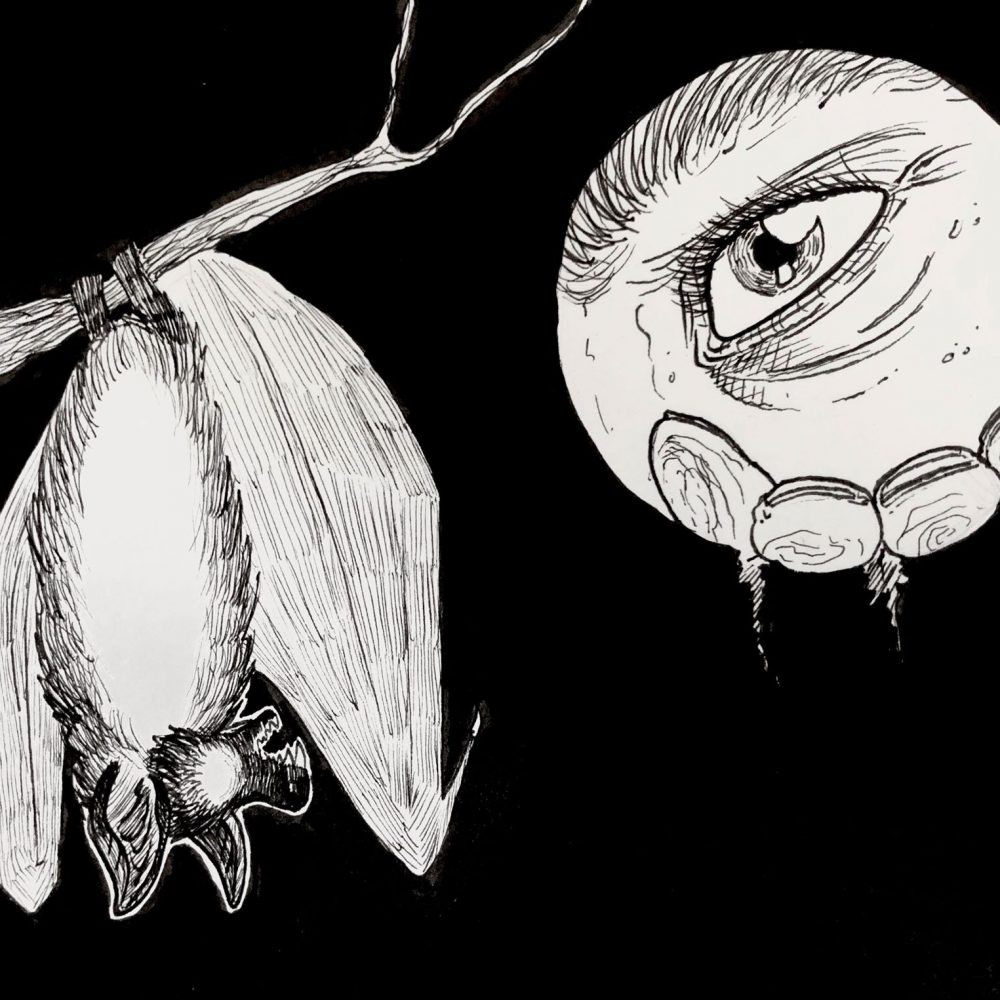 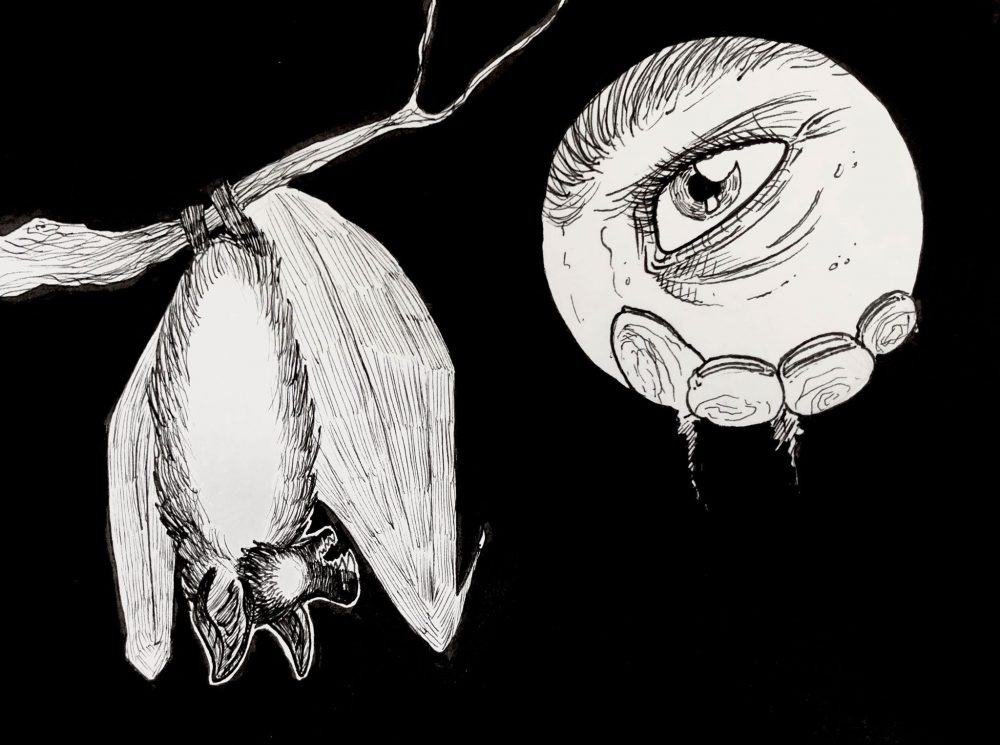 You brought the bats home the week before I left. Three furred faces wrapped in newspaper shrouds. You boiled them with garlic and ginger, and ate them with buttered white bread.

I’d never seen them for real before, only in those nature docos I made you watch on Sunday nights. Their screech and squabble always reminded me of our kids that time we went on a family road trip – piled three small bodies and all our things into the back seat of the car and hoped we would make it up and over mountain passes.

Turned out the middle child got car sick and the other two discovered a talent for torment. The roads were long but there was no turning back once we got started. You know how I get; when the proportion of commitment invested is nearly equal to the total attainable sum of the whole bloody exercise, I have to push on.

Some things seemed clearer though, compressed down into that small space between sun visor and foot well. As you drove us through one-shop towns I pried back the past 17 years, layer by layer. Under it all there I was – my face looking out as if the whole world was a breath away.

Now I tell the kids the truth, or my version of it anyway. That bats had been your favourite food when you were little like them. That beauty can be found in the darkly veined leather of a wing, in a tributary of capillaries raised to the surface of the skin.