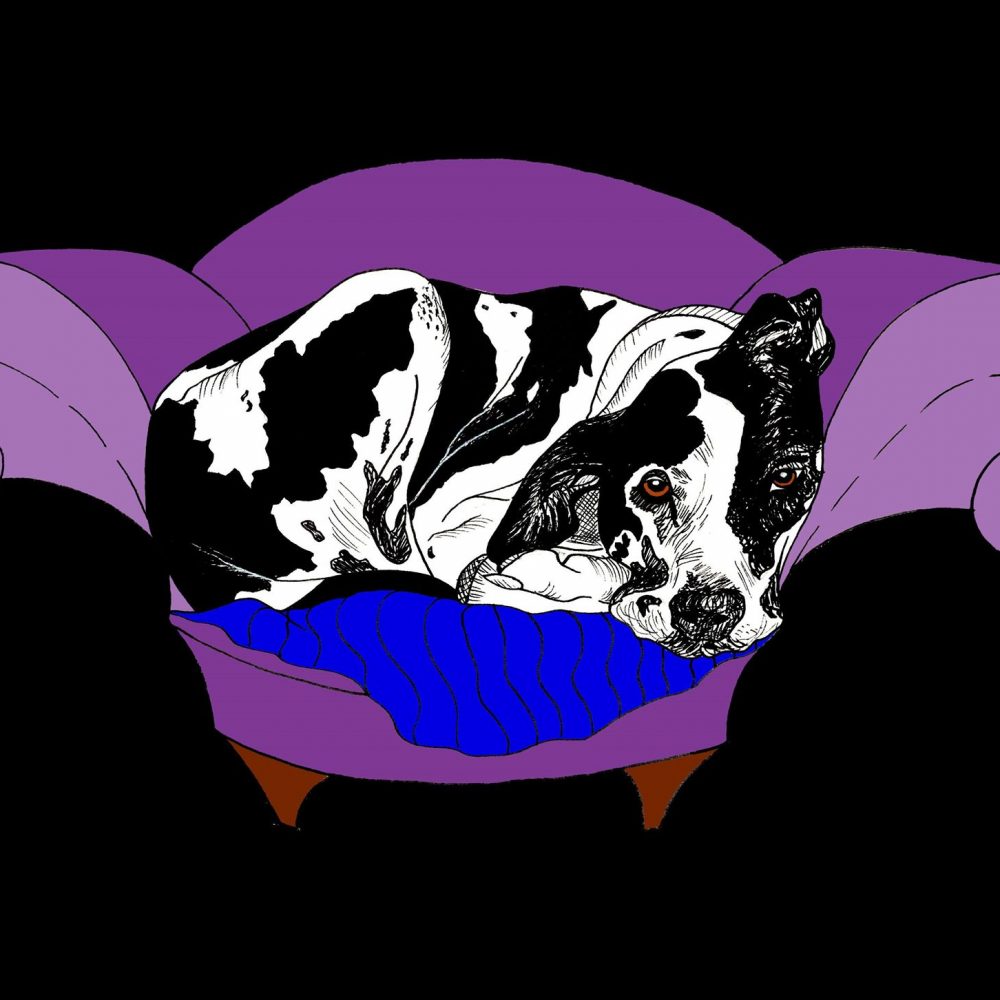 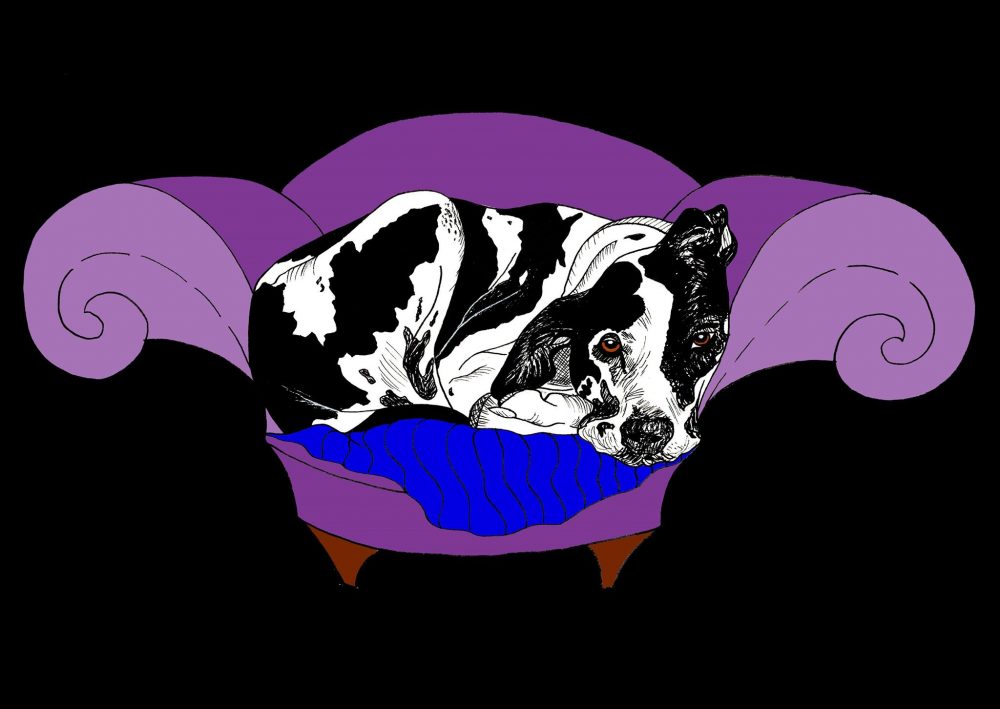 I’m waiting on my front stoop when my ex-wife rolls up in her beat up Buick and unloads her Great Dane from the back seat. She tugs Hamlet’s leash like she’s reeling in the world’s largest fish. I have to smile at the sight of Colleen, barely five foot two, with that horse of a dog. Hamlet the Dane: that’s my ex-wife the teacher’s idea of a joke.

I pet the dog while Colleen hauls from her trunk a massive bag of dry dogfood. Some special brand that they don’t sell at grocery stores, the pricy kind you have to buy at the vet. Hamlet licks my face. I scratch his rough, meaty ear, veined on the inside, and I wish humans were that easy to win over.

Colleen is flying to Amsterdam to be with our daughter Maisie, about to give birth to our grandchild. Every time I think the word “grandchild,” I feel my heart crawl up my throat.

Colleen’s eyes are the color of steel. She points them at me. “There are these contraptions called computers,” she tells me. “There is this phenomenon called email.”

The thing is, I have reached out. But I can’t stand looking at my Inbox, hoping for a reply. I flick the back of my hand at her, and she sighs.

“You’re so damn stubborn,” she says. “Both of you. Maisie inherits all her stubbornness from you. Me, I’m pliable.” She does a shimmy to illustrate, which makes me laugh. She looks like one of those inflatable, red, bendy tubes with arms that the gardening place down the street mounts in December, when they clear their lot for Christmas trees. They hook it up to some blower, and it bobs and twists.

“Just put in a word. I’m looking after your damn dog,” I remind her.

The truth is, I wish I could extract a word or two: pass my palm over Maisie’s forehead to erase her memory. Colleen grew up rich. I picture one of those fancy, stupid utensils her parents had—serrated grapefruit spoons, or those doll-size forks for spearing escargots. I picture sticking one of those forks into my daughter’s crenellated ear and extracting some epithets I wish I’d never called her mother. Rug muncher, dyke, whore. Colleen’s forgiving, but our daughter isn’t.

“Why am I taking care of this dinosaur anyway?” I ask her. “Why haven’t you prevailed on Peggy?”

Colleen shakes her head. These days Colleen will come over with a six-pack and watch a Warriors game with me. But she still won’t say a word about her love life.

I pat the dog to convey I am a trustworthy, considerate person, therefore my ex-wife doesn’t need to give me the steel eye. “When are you coming back?” I ask.

“Jeez, Hank, I don’t know,” she says. “Maybe I’ll just stay in Amsterdam and enjoy being a grandmother. Maybe I’ll buy some funny wooden shoes, put my feet up. It’s not like there’s much to come back to, in this land of Trump.”

We meet eyes. I sense she’s telling me, without saying it out loud, about the state of things with Peggy. When we were married, Colleen was always attempting to transmit silent messages—“Let’s blow this popsicle stand,” when we were at some party. She’d get pissed when I couldn’t translate. It’s like she knew Morse code and I didn’t.

“You should come with me. Be there when your Dutch grandson emerges into this fucked up world,” she says.

I look at her, and it’s Morse code again: long dash, long dash, short dash. Me feeling like a doofus, trying to interpret what the hell she is telling me.

“Then who takes care of your dog?” I ask.

It’s as if we’ve both been floating and land heavily on my stoop.

“Send me pictures of the baby,” I say. Our twenty-two-year-old is way too fucking young to be having a baby; we are way too young to be grandparents. But what can you do? “Give Maisie my love, will you?”

Colleen looks like she’s about to launch into her contraptions-called-computers speech again. But instead she nods, and pats both of our heads, me and her elephant dog. From the stoop we watch her car disappear.