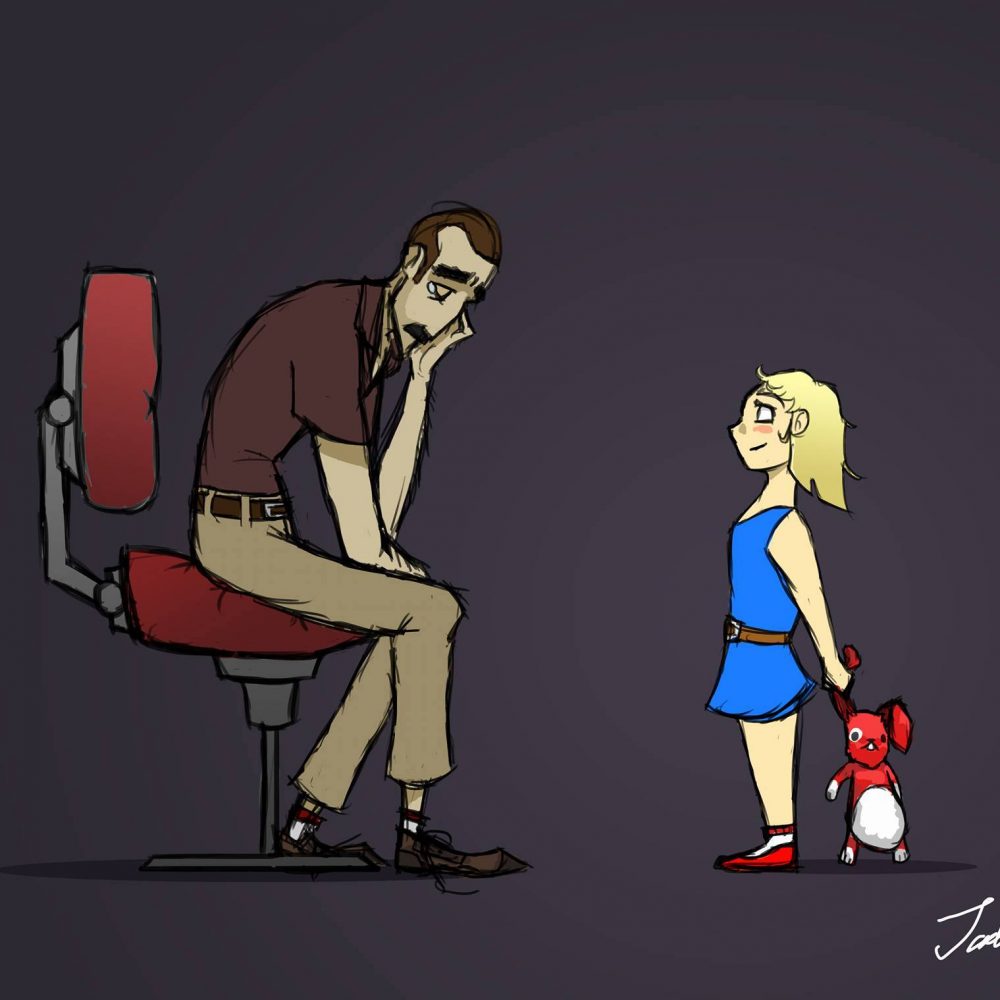 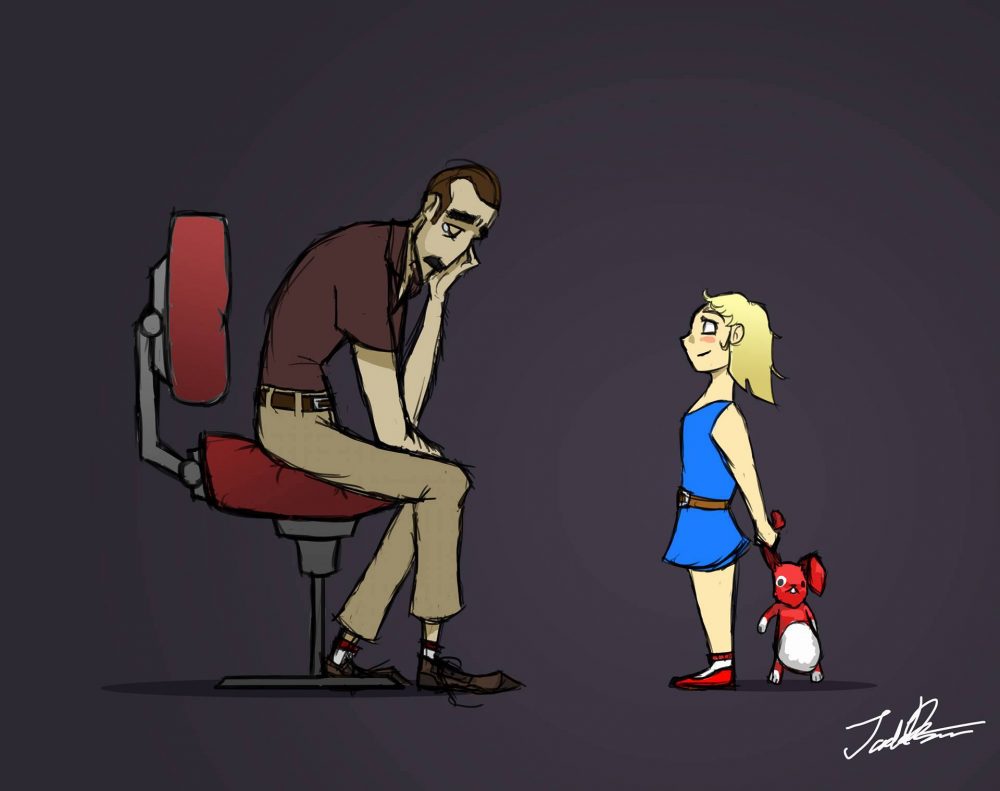 John’s vision blurred as he slouched over the desk, rubbing his tired blurry eyes and flipping again and again through the catalog, trying to make a decision about the last gift he would purchase for his dear daughter, Dawn. John felt nauseated. He had made so many bad decisions in his life and this couldn’t be one of them. A salesman hovered nearby.

“Let’s start with the basics. Are you looking for a larger model or something more compact?”

Dawn didn’t need the extra space. She loved tight spaces, like her fort she made in the space under the stairs where she would take a flashlight and blanket and read Nancy Drew mysteries for hours with her knees pressed up into her chin. A compact model would keep her safe, something John failed to do.

“Are you looking for luxury or something more traditional?”

Dawn was a traditional girl through and through. She loved cutoff blue jeans with the stringy frayed edges. Growing up she never asked for anything extra, not even the name brand shoes that blinked and flashed with every step. She would simply take her old shoes and glue tiny red and blue plastic jewels to make them look flashy. But maybe luxury was what she needed now. John could never pay for her wedding. He couldn’t pay for her college. But this last vehicle, this he had to buy.

“We have some nice stainless steel models I could show you?”

Stainless steel seemed cold. Dawn hated the cold and feared frostbite. She used to wear three pairs of socks and double gloves if she dared to venture out in the snow. Then she’d come inside and always ask John to warm her hands in his and make sure to check each finger for color changes. He had to find something to keep her warm.

“Might I suggest the velvet interior? It compliments both a metal and wood exterior.”

Velvet was Dawn’s rabbit with the floppy ears she carried with her wherever she went. Velvet was her favorite birthday cake with the cream cheese frosting that she asked for year after year. Velvet was the Christmas dress she wore to the pageant where she sang her first solo, giving John gooseflesh as she belted each note in perfect pitch at the age of seven. John felt his eyes burn, his throat tighten.

“Are you looking for any particular color?”

John stared at the pictures. Dawn liked blue – not the dark blue of ocean waves that frightened her when she was five because she thought she was going to be swallowed up, but the light blue of cotton candy fingerprints she’d leave on John’s shorts after they’d share the wispy sugary treat at every baseball game he took her. But for John, all the colors, especially the blues, swirled together in his eyes so all he saw now was gray. It seemed fitting. Outside, thunder rumbled as fat raindrops splattered the ground.

“I didn’t know it was going to rain today.”

John didn’t remember the last time he saw the sun. The last few weeks were spent inside white sterilized walls and under artificial blaring lights with beeping machines, suffocating on the burning smell of rubbing alcohol. He blamed himself for not taking the early signs seriously, for not questioning her fatigue or the excessive nose bleeds. Maybe if he would have paid attention sooner, they could have had more time.

Open would mean others would see her as she is now, not as John wished he could remember her. No amount of makeup could hide her yellowed skin and gaunt features. A wig would cover her bare head but couldn’t provide the same spring that her wild blonde curls once had.

“How about I show you a floor model to help make a decision.”

John followed the salesman. A weight crushed his chest and his legs shook as he thought of all the pain he didn’t take from her. He had to be strong, he was in public. He couldn’t break down again.

“Here is one that I think will do just fine. I’ll give you a minute.”

John stroked the velvet interior. He pictured his little girl asleep after he kissed each cheek goodnight. He pictured her before, back when she was the spitting image of the first woman that ripped out his heart. He closed the lid. Pitching forward, shoulders heaving up and down, he spewed tears and snot all over the lid. He didn’t care. He had made a decision. This was the vehicle that he would purchase to bury his last ray of sunshine, his Dawn.

Brooke Reynolds is from Charlotte, North Carolina. Her story "Dr. Google" won 2nd place in the 2016 Short Story Contest for Channillo. Her stories have appeared in The Scarlet Leaf Review, Massacre Magazine, Fantasia Divinity, The Airgonaut, and The Literary Hatchet.

Joshua Bechtel resides in Temecula California, makes art, and is an enigma to us all.