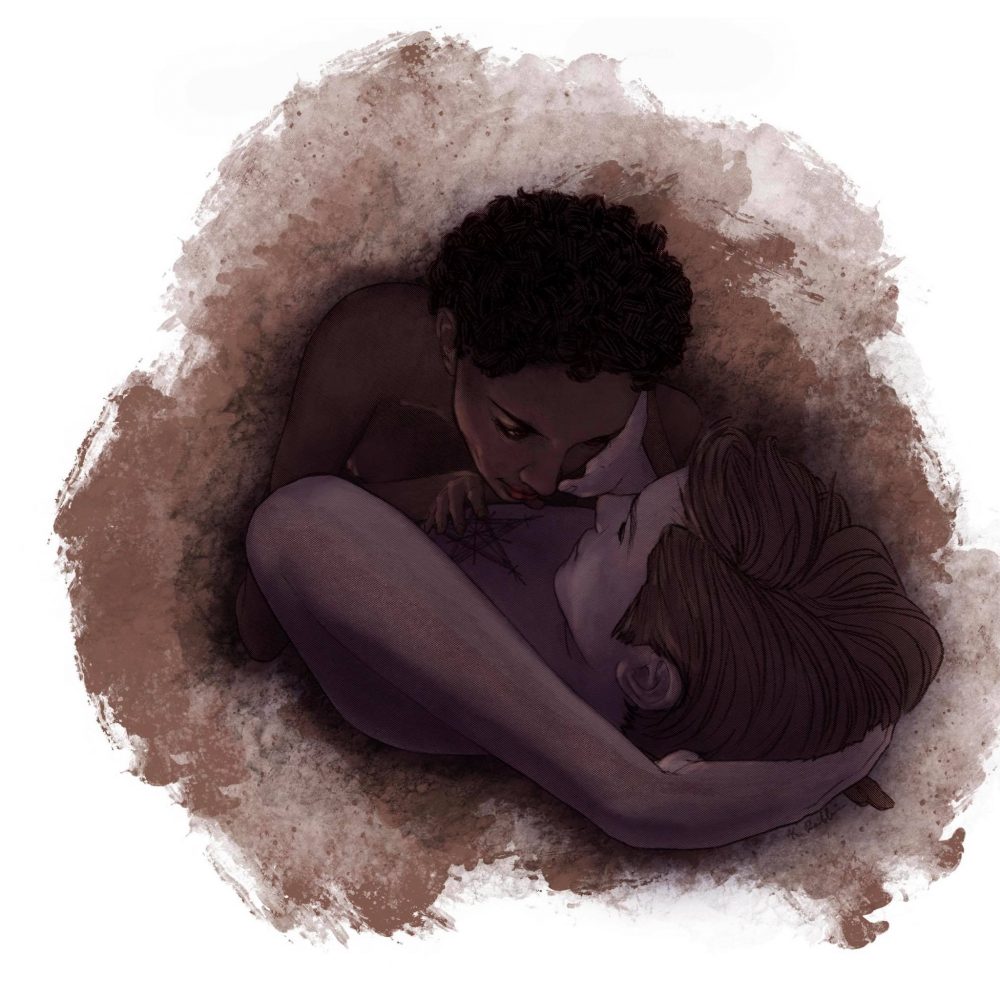 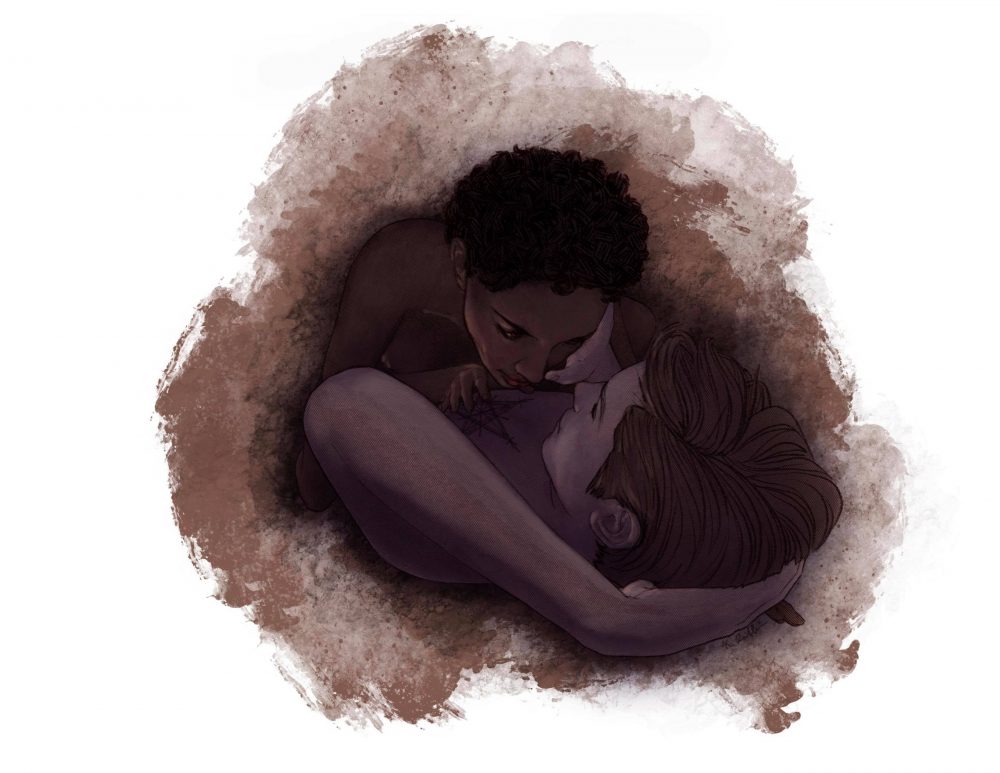 “Our new neighbor is a demon.” Beebee spoke as if she were spitting out revelations to hungry ears, her words attempting a normal occurrence rather than confirming our newest local import was a spawn of hell.

We both knew she meant the young white guy who moved into Old Widow Maldonado’s spare room two weeks prior. In a neighborhood of black and brown, he stood out like a grain of rice in darkened sand.

No one ever came in or out of Ghetto Lane. Everyone just existed, living there all their lives until they died without recognition or accomplishment.

We weren’t in the hardcore ghetto, but the renovated shotgun houses and uneven dirt road screamed poverty, giving a nickname for generations.

“Why would you say something like that, Beebee?” I asked.

She rested her legs up on the banister as she sipped on the diabetic-sweet tea Gran made for us to cool ourselves. Stifling heat created sweat that beaded down her brown skin as her toes brushed up against the same-colored wood of the porch. “It’s true, Nellie. Mama said so.”

I rolled my eyes and continued dreaming of the fantastical. I wondered what battled neighborhood demons. “Let me guess. Your mama saw his pointed tail and horns, so God told her he was a demon.”

“No.” Beebee sighed. “She saw him bury bloody rags in the backyard. After she prayed on it, God revealed to her that he was a demon.”

“Because God has nothing better to do than to make her think all white people are demons.”

Beebee’s mother was a certified Bible thumper who believed half the neighbors were spawns of Satan and other abominations, especially those of us who never went to church.

It took years for her to accept Beebee’s friendship with me because my Gran and I never attended any religious services. Gran always said if she wanted to get closer to God, all she had to do was go outside and look up.

Belief was my myth, an emotion made up of fear and loneliness. Where was my belief in something?

Beebee shrugged. “I’m just telling you what she saw.”

“You don’t even live next door to him. How did she see him bury anything?”

I thought of his naturally tan complexion and hair the color of toasted cinnamon, which made me wonder how white he truly was, but in this neighborhood, he was as white as you could get.

“He’s probably a regular human trying to get by like the rest of us,” I said. I glanced over at Old Widow Maldonado’s blue and tan house, hoping to catch a glimpse of him.

“Something’s wrong with him.” Her words slipped away as a breeze finally consumed us.

I left my sensibilities and logic on Gran’s front porch as I walked to his backyard. Moving through the night never felt more freeing. A satisfying sensation melted through my skin and embraced my bones until I stood over the freshly packed earth where the bloody cloths rested.

Arms encircled me from behind.

“They think you’re a demon,” I whispered into the night.

“I thought only women were witches.”

“Men can be witches too.”

His chest rose against my back as his breathing tickled my neck, giving a movable melody to midnight.

“Is your offering soaked in blood?”

“She’s mother to all, even the unwilling and stubborn.”

His nonsense made more sense than any religion.

I turned in his arms. “Are you calling me stubborn?”

“I call you a challenge.”

“So you don’t worship Satan?”

His laugh filled the night and flowed back into me.

“No, but isn’t all worship just another form of magic?” His smile reminded me my insides were real. Pangs and clenches in abundance.

This was our back-and-forth ritual, my probing questions followed by his gentle compliance.

His lips tasted of sunlight and moonlight entwined like a Celtic knot, a revelation of power and wonder. In one kiss, he showered me with praise and baptized me in sensation.

The tan of his skin contrasted with my darker shades of fresh earth like the mound covering the offering to his goddess. Scents of mandarin and bergamot lingered on his cheeks from aftershave, two of many smells he taught me to touch without fingers.

Was it a sin to trace his star tattoo from point to point with my tongue when it reminded me of living?

We slept under the glow that filled our slice of Ghetto Lane, and I breathed in the first tasty breath I took since my birth. My pores sucked them in until they were sated.

Maybe it wasn’t so bad to be the neighborhood demon.

Tamra Artelia Martin received her MFA in creative writing from the University of Central Florida. Her fiction and poetry have appeared in Stone Highway Review, 50-Word Stories, Scissors & Spackle, and additional publications. She teaches composition and literature at Seminole State College.