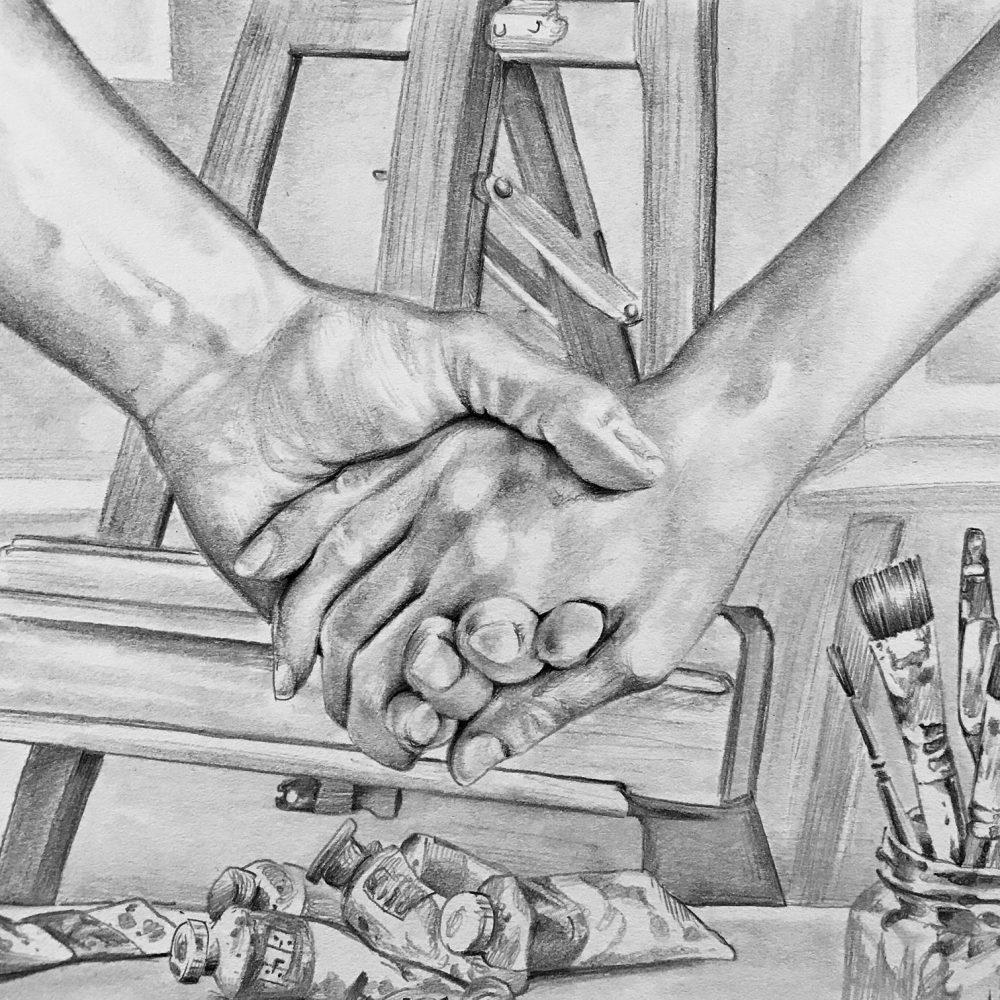 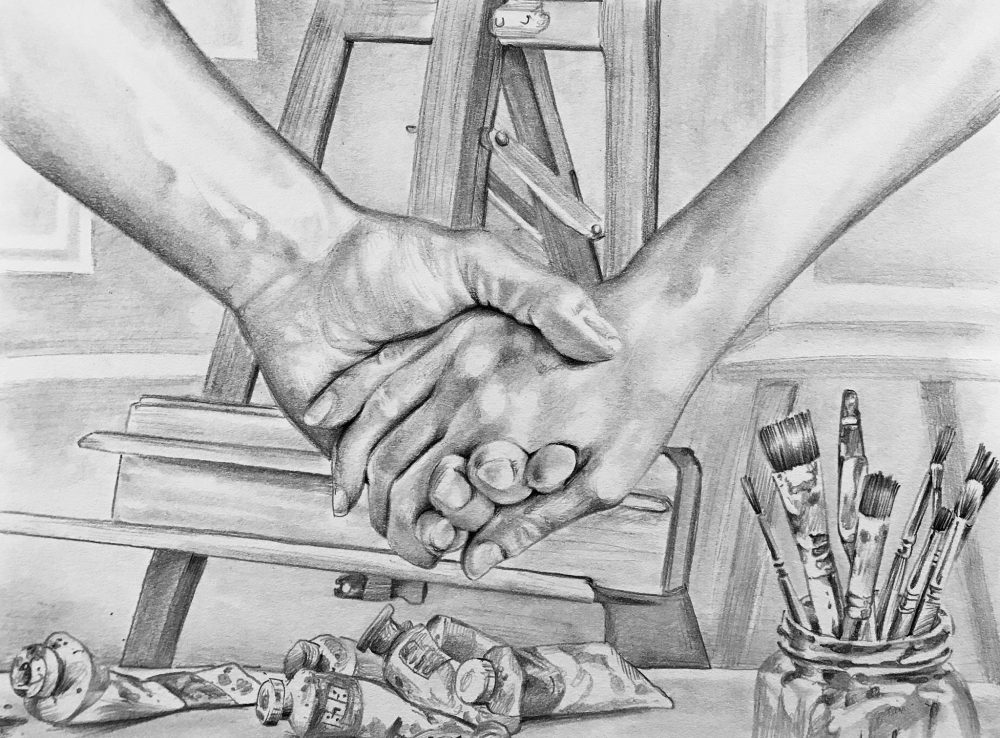 “What kind of name is Jerzy with a ‘z’ anyway?”

“He was named for that writer, from the 60s. His parents were unconventional, I guess.” Kel leaned back in the lawn chair and held up her hand against the sun. My two-year-old explored the bug world in the coarse Florida grass. We were doing what we always seemed to do that year in the hours between naptime and dinner—telling true stories and drinking white wine spritzers, her yard or mine. Still in our twenties, we saw youth evaporating like fog on the roads behind us. We luxuriated in this brief sabbatical in lives that filled up fast with work and family and duty, time speeding up ever since.

“But seriously, how did you manage it? I mean, at school?”  I loved this story—I loved all our stories, but this was my favorite, Kel’s tale of forbidden love, only a few years back, but in another lifetime. I already knew the details, but we went over them again for the sheer pleasure of it. Jerzy had been her student assistant, 17 years old. A magical age between boy and man, he told her. He was bold in his ardor, with his dark shining ponytail and Cherokee cheekbones. He did some research and declared her the tallest teacher in the school, even including the men. He said she was a rare willow tree. He was not to be denied.

He spent every spare moment in the art room with Kel, helping with all the physical labor it takes to give teenagers the means to make beauty. Canvases to be prepped, clay to be organized, easels, paint, every kind of paper, big charcoal pencils for sketching.  Long tables had to be cleared every afternoon, and Kel’s radio played at low volume on her desk, messy with school forms and notes and plans in the days before classroom computers.

It started one Thursday in October right after the witching hour, around 4:30 when the faculty and staff parking lot was almost empty. Jerzy turned the volume up, rocked back and forth to the rhythm of Bob Marley and pulled a joint out of his front jeans pocket. He asked with his eyes, and Kel followed him out the back door to an alley between buildings where nobody ever went. When he gave her a shotgun, she noticed that they were the same height. After that, she knew she had lost control of the situation. They took their time cleaning up that day, and when Bad Company’s “Feel Like Makin’ Love” came on, she laughed at the sheer insanity of it all and carried an armful of brushes into the storage closet. He followed.

Kel and I had fallen out of frequent touch the last few years, so when she called the other night out of the blue, it was a lovely surprise until I heard the trouble in her voice.

“I need to talk to you. And oh, how are you and the family and everybody.” I could tell this was not a catch-up call.

She asked me if I remembered that story about her student all those years ago. I giggled like the 25-year-old I was when I first heard it.

“Course I do, woman. Ancient history! So what’s going on?”

“Ancient history, huh. I am terrified. That shit could come back to haunt me any minute. Don’t you see what’s going on? #MeToo? And all those terrible priests. Even women are being called out now. “

“Hardly any. And only famous ones. Come on. That dude is probably grateful to this very day for the adventures you gave him.”  I realized during her silence that this was exactly what a guy would say. She was in earnest, and frightened. I asked if she had heard from him. She had not.

“How old would he be now, Kel?” For some reason I avoided saying his name. Jerzy.  I found the current version of myself mildly horrified by the old tale that once seemed so wickedly cool.

“Weren’t you only five years apart when it happened? Think how little that would mean now. I mean, your James is a couple years younger than you for God’s sake.”

“And what if he found out?” She sounded choked up. When Kel married James, nobody made rob-the-cradle jokes.

“Look, nothing is going to happen to you. Stop watching cable news.”  I added lamely, “Trust the universe.”

“I’m trying not to look him up online. Just to see where he is. His life.”

Her voice was shaky and low. “I dream about him.”

I bet she does, I thought after we made promises to get together and said good night. I could recall vivid details myself, and I had never even laid eyes on Jerzy. I suddenly felt like a ghostly third party in an old, dangerous secret between the two of them. I was the only one she ever told about the school year full of weekday sex, of guilt overcome by wanting.  How shocking life is–the things we do so impulsively and lightly that tip our lives one way or another.

The affair didn’t end dramatically, just fizzled when Jerzy graduated and drifted into his real life. Kel spotted him that summer outside a movie theatre and realized that in all those delirious months, they had never been to a restaurant or a movie or any public place together. Kel replaced him with an age-appropriate boyfriend and life went on. No moral consequences, it seemed. But now she dreams the smell of paint and turpentine, his warm breath close to hers as clothes fell away in the art room closet. Of the times they fucked in his ridiculous car, the back seat held together with gaffer’s tape. The pointless vows of forever he pulled from her in that heat. I wonder what he remembers.

Susan Lilley is a Florida native. Her work has appeared in American Poetry Review, Gulf Coast, Poet Lore, The Southern Review, Drunken Boat, Saw Palm, Hippocampus and Sweet, among other journals. She is past winner of the Rita Dove Poetry Award and has two chapbooks, Night Windows (Yellow Jacket Press) and Satellite Beach. Her collection The Green Hand of Venus is forthcoming from Burrow Press in 2019. She teaches literature and writing in central Florida. She was recently appointed inaugural poet laureate for the city of Orlando.