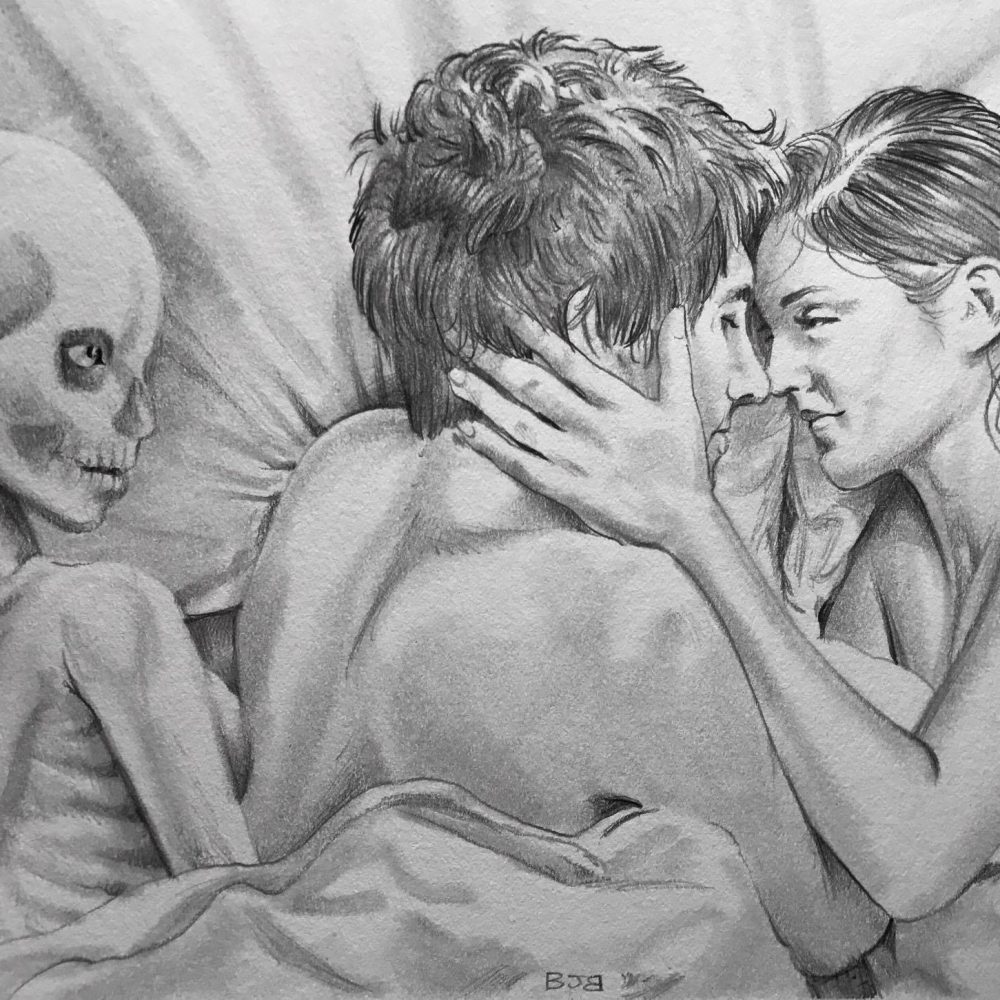 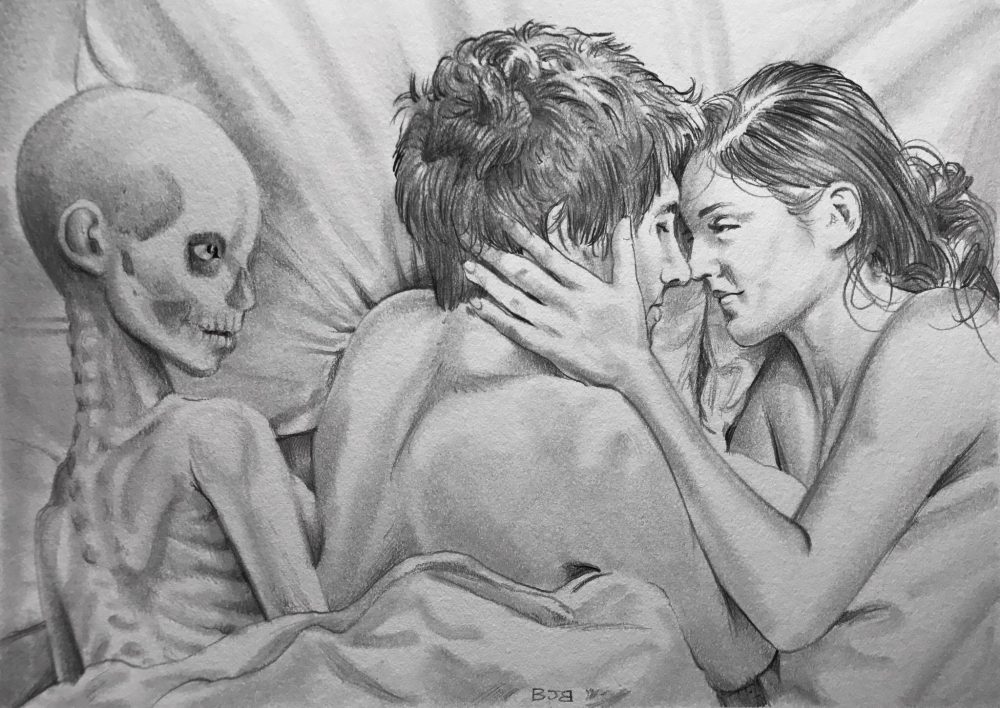 My sister is finally dying and I am fucking her boyfriend. My therapist says I’m compartmentalizing, but the truth is, he’s good in bed and I like it.

When Celia was diagnosed with melanoma I cried more than she did. I didn’t go to school. I used an entire box of Kleenex in one night, and then I opened another. I smoked a joint on the back porch with my mother and we talked about how we were going to face this, as if “we” were about to face anything. Celia stayed upstairs and read. She surprised us when she announced that she would still be going to college in the fall. Four years later, she surprised us again by going into full remission.

What the doctors don’t tell you about cancer is that it’s a fucking tease. One second, you’re ready to let go. The nurses are there, in your living room, shuffling around your DVD collection to make room for an IV pole, and then they’re gone because she’s better, and you’re at a party in someone’s dorm room holding her hair back while she pukes. Now, she’s sick again, but they say this is really the end. Not like before when people sent “get well” cards. Now the cards don’t say “get well” because they know she won’t. They offer condolences and prayers.

I start fucking Ted around the same time we hire hospice nurses to stay at our house in twelve-hour intervals. Ted comes over to bring flowers she can’t smell and magazines she can’t read. He sits by the bed in the living room. I sit across from him, holding her hand. He sings her “Bridge over Troubled Water”, and substitutes “Celia-girl” for “silver girl”. He looks like he might cry. I squeeze her hand. She squeezes back.

Finally I get up to smoke a cigarette. My mother is in the kitchen baking bread. She smiles to Ted, who is following me.

Most of my life is filled with spaces like this; awkward moments that are pregnant with Celia.

“It’s the least I can do. How are you holding up?”

Ted has really great arms. Baseball player arms. Thick ropes of muscles that curl around him like a boa constrictor. These are arms you could fall into, which is exactly what I do. I fall into them and cry. Ted doesn’t say a word, he just holds me there with his big arms around my neck, his chin on my forehead.

Then we are kissing. Big open-mouthed kisses that feel like the beginning of something or the end of something.

We have a routine now, Ted and I. He comes by to say hello to Celia, holds her hand and kisses her cheek and then we drive to his apartment two streets over where we take our clothes off and fuck and hope to God that Celia doesn’t die while we’re doing it. I don’t know which one of us he’s coming to see, or which of us he’s seeing to come.

We are lying in his bed, staring at a water-stained ceiling, a tangle of naked limbs. When I look down, I can’t tell which are mine.

I feel him nod against my shoulder.

“That’s what Celia told me today when I got there. I think she knows, Nina.”

At first I think he is telling me to forget her, and I’m pissed. Then I realize that Celia is telling him that she forgives him. She forgives us. I ask him if that’s what she meant.

I kiss his shoulders and his chest. I kiss his baseball players arms. I think about the places my sister used to kiss, the inside of his thighs or the backs of his hands. I kiss them too, just to be sure.

“You know, you look a lot like your sister,” he says.

“I know.” This is okay with me. I don’t mind him pretending I am Celia, just this once. I don’t mind that he looks at me and finds her, because that’s exactly what I want.

We have sex again, rough and hard and the bed aches with our force and the mattress moves two inches to the left and it starts to hurt but I don’t care because it’s a good hurt, like being sore after working out. He gets louder and the guy downstairs bangs a broom against the ceiling but that doesn’t stop us. My phone is ringing and I know it’s my mother who is suspicious and calls when we’re gone for more than an hour, but that doesn’t stop us either.

Then he’s coming and yelling and I’m not saying anything because he’s saying it all for the both of us.

J.M. Patrick is a short fiction writer and poet from Connecticut, where she lives with a beagle named Blue. Her work has appeared in Smokelong Quarterly, The Summerset Review, and Night Train, among others.