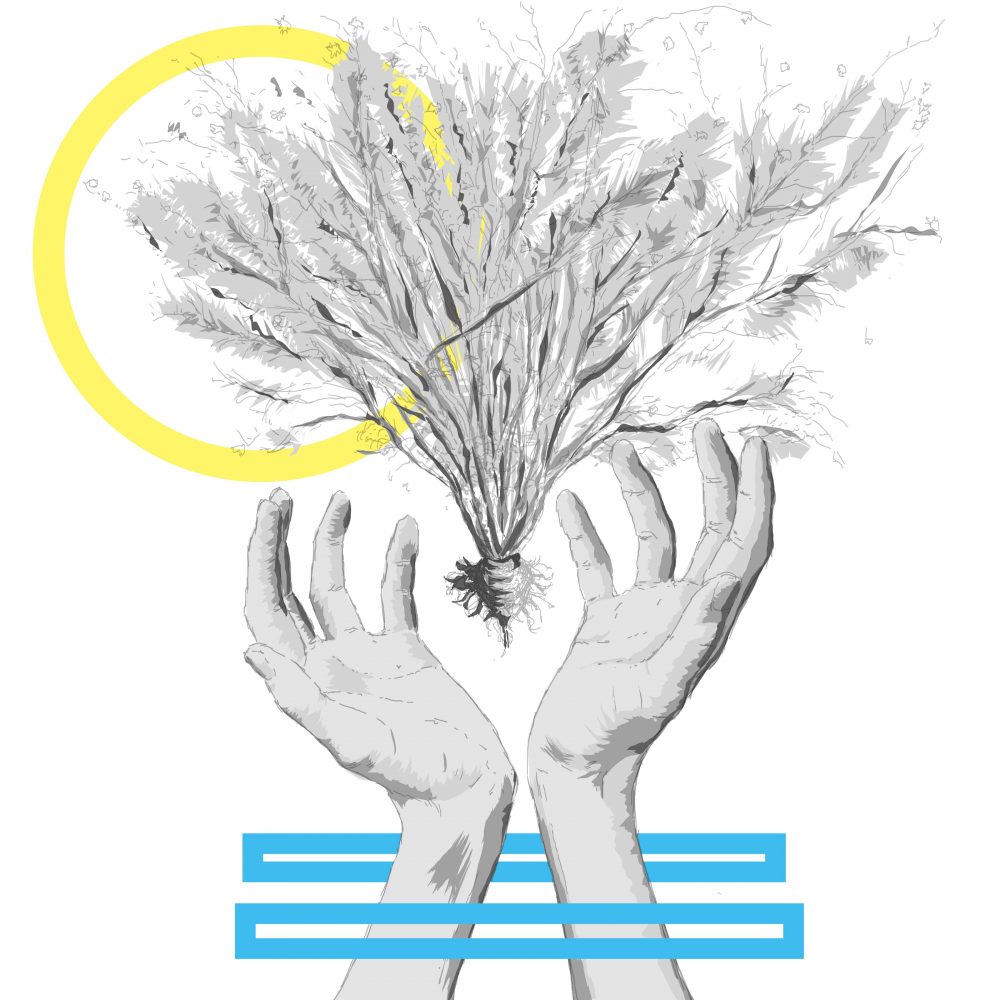 Reyna felt the clay beneath her palms, hard and cracked, hot. She heard the hawks overhead. She felt the sun baking her skin, peeling it back and exposing muscle and bone. She felt the land taking her, but she held on. She reached out and felt for the bush.

Hands wrapped around it, Reyna remembered what her father had said. He’d called it el arbusto del agua—the water bush. He told her creosote was made from rain. She wanted to pull it from the ground, hold that creosote near her nose so she’d never forget the smell of those dusty summer storms back home. Hold it to her eyes so she could always see the lightning cutting through the sky. Press it to her ear to forever hear the crack of thunder.

They’d left her hours ago. Or days ago. Reyna wasn’t sure. The first water jug, left out for people like her had been cut, water long since evaporated back into a sky that would never need it as much as she did. The second jug had been cut as well. By the time her group reached the third and found it cut, Reyna fell. To her knees at first, then to her stomach, arms to her sides, face pressed into the dirt.

She asked them for water, but no one had any. So they left her. They marched on through the desert, hoping to find a jug of water that had not been cut by people who didn’t want people like her there. And now, all Reyna could do was free her mind as the sun reached down from the sky and scratched at the back of her neck, at her face, at her arms and legs.

All she could do was reach for that creosote bush and remember what he father had said.

Justin Hunter received his MFA from Arcadia University. His work has been published or is forthcoming in Typehouse Magazine, Corvus Review, and (b)OINK Magazine, among others.