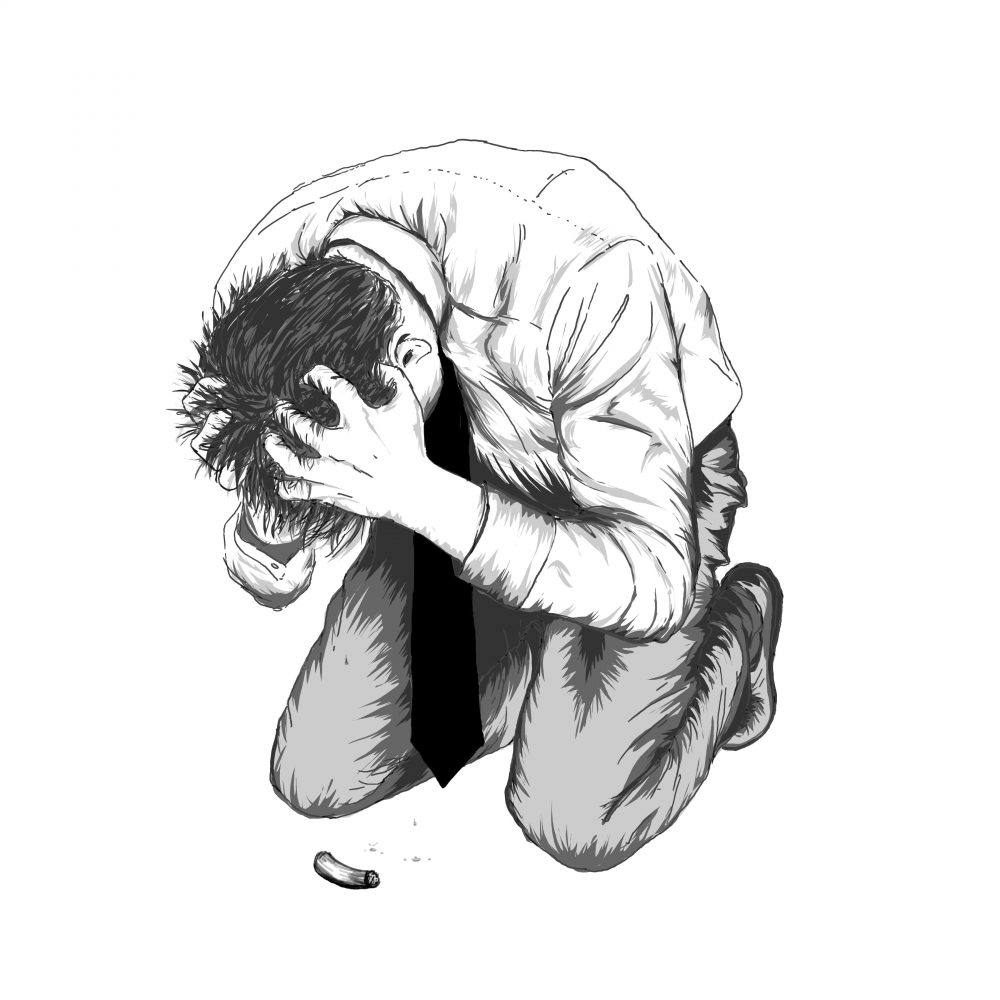 The first time we had sex was hours after I’d eaten the best steak ever. Since then, I’ve tried to find a steak to match it.

‘Where’s the steak?’ I shouted, head in the fridge. ‘Liz, you promised.’

‘Had to throw it out,’ she said, walking into the kitchen behind me.

‘Throw it out?’ I closed the fridge. ‘That steak rested for a month in a dry ageing chamber next to a wall of Himalayan salt bricks. A month. And you throw it out… after what… after two days?’

‘Sorry,’ she said, kissing my cheek, rubbing my stomach.

‘Christ Liz, was looking forward to that.’

‘I’ll put a chilli in the microwave.’ She pulled a plastic container out of the freezer.

She rolled her eyes. ‘It’s my chilli. Better than any steak.’

I held my breath.

‘By the way,’ she said, prodding the microwave, ‘think you need to speak to Aiden.’

I closed my eyes and waited.

‘You were right — a girl. He’s been in the garage lifting your old weights again.’ She turned to look at me, her lips pursed, shifting to one side of her face. ‘I checked his phone.’

‘Well don’t look at me like that,’ she said. ‘You hear all kinds of things.’

‘You read his messages?’

Her cheeks reddened. ‘There was a picture.’

The way she stroked her forehead confessed the sort of picture it was. She leaned back against the kitchen worktop, rolled the tea towel around her fist. ‘Let’s just say, he’ll have no complaints from the ladies.’ Her lips curled so her smile was left crooked with restraint, and with what? What was that? pride?

When she heard Aiden coming down the stairs she unwound the tea towel from her hand and turned to the microwave.

‘Evening old’n,’ Aiden said to me, handing Liz a collection of dirty plates.

‘Been using my weights I hear,’ I said.

‘Getting some use out of them,’ Aiden said, patting my stomach as he left the room. ‘Someone has to.’

Where did this other man come from? I felt little connection to the young man I was at Aiden’s age, but in watching him — the way he moved, his gestures — a splinter of my own youth pierced me.

In a daze, I watched Liz scraping the plates Aiden had given to her, the leftovers falling into the bin. She fumbled, flicking something onto the kitchen floor. A white circular piece of bone rolled towards me, coming to a stop next to my shoe.

The bone quivered, before falling onto its side.

In this bone, I saw millennia of men hunting, countless animals killed, innumerable boys born to women. Liz’s eyes were fixed upon me, and I saw in them, a calculation as old as fire.

Adam Lock wakes far too early in the morning to write before teaching English at a secondary school in the Black Country, UK. His stories have appeared, or will appear soon, in publications such as STORGY, Fictive Dream, Retreat West, Spelk, Ellipsis Zine, Literally Stories, Firefly Magazine, Occulum, Flash Fiction Magazine, The Green Light, Vending Machine Press, Fiction Pool, Occulum, and others. You can find links to his stories at adamlock.net. He's also active on Twitter @dazedcharacter.