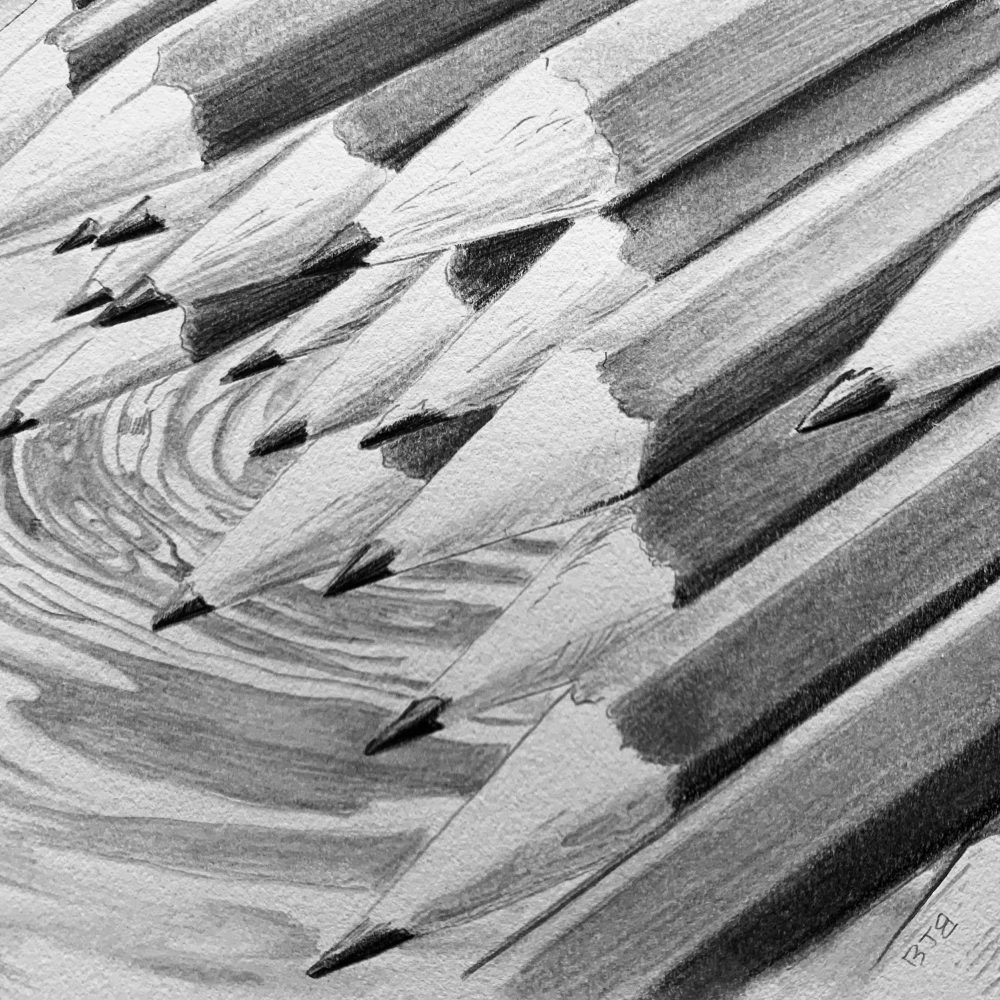 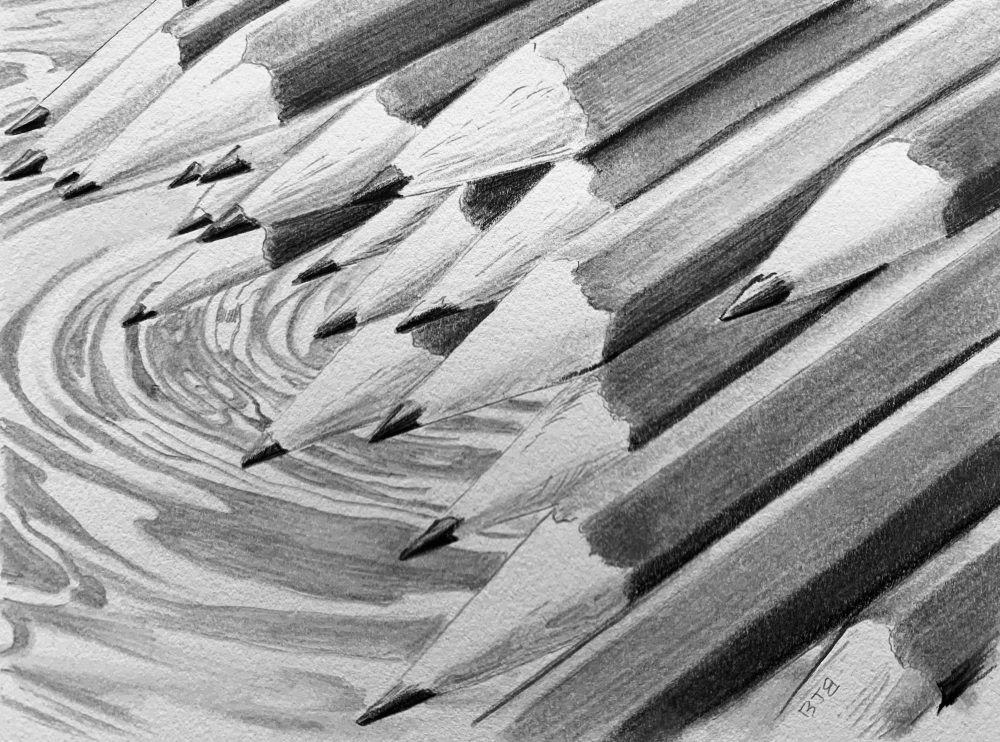 The end of the school year party is next week, and Sharon decides to create a crown made from number two pencils. Each has to be measured carefully to match.

For the last week she works on them, sharpening and measuring, then measuring and sharpening again for several hours after she comes home from work. She uses a box of white pencils ordered from a store in the Lower East Side.

Her model: a photograph of Empress Elisabeth of Austria-Hungary cut from a discarded library book.

She fastens a small mirror next to the photo. After finishing a pair of pencils, measuring to be sure that they are the correct size, Sharon tapes the unfinished set together, and holds them to her brow. Her eyes dart from the photo of Princess Elisabeth, who was assassinated by an Anarchist while on holiday in Geneva, to the mirror.

Sharon reflects her own tragedy—losing her child while out on the South Jersey shore.

She wasn’t paying attention when Dana was caught beyond the breakers. In mere minutes, lifeguards ran into the surf, two carrying orange boards attached with ropes into the water.

They tried. They tried so hard to save her. Sharon didn’t know who they were and why they huddled so close to the waters’ edge.

Seeing the commotion, she said, “I think someone was rescued.”

Then she screamed. A mother always knows.

Sharon places the pencil tiara on the desk and pulls another pair of pencils, listens to the whir her electric sharpener from the 1980s. It still works. It’s mesmerizing. All that whirring. Louder and louder. Sharper and sharper. Until the pencil snaps. She pulls back, but it’s too late.

She reaches for a new one.