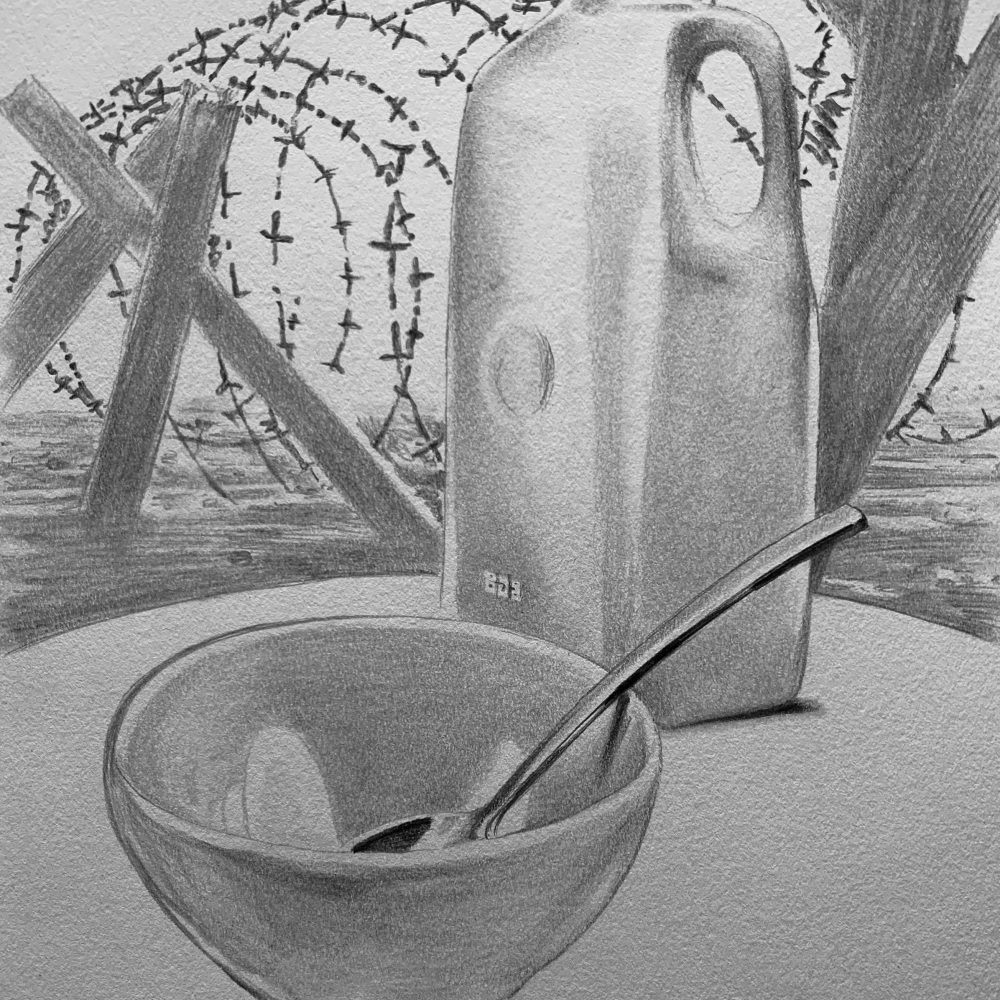 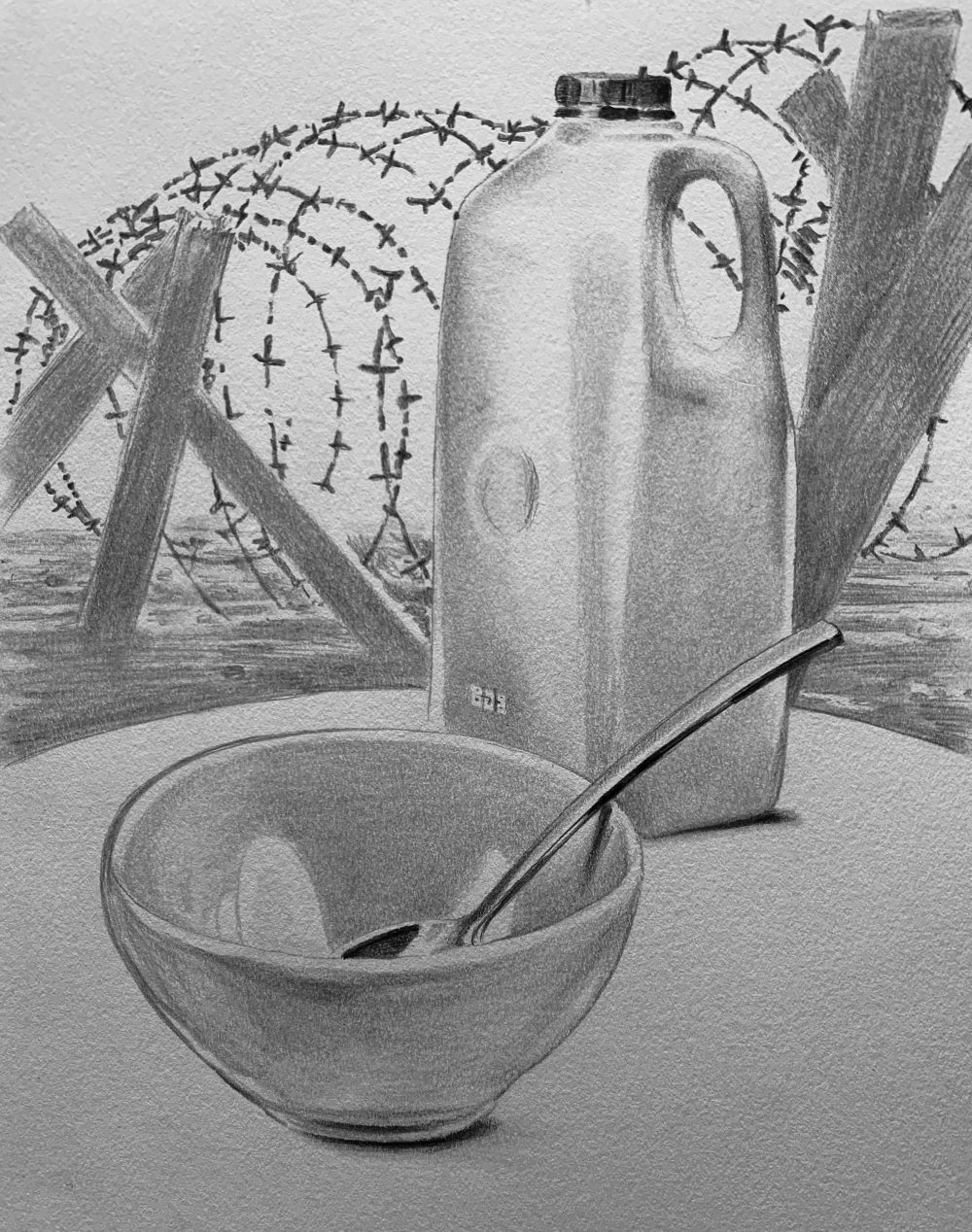 It started when someone forgot the cereal.

Someone forgot to refill the cereal supplies at our coworking space. There are dozens of us, tech entrepreneurs who share desks in a large open-concept office where we work on our individual companies and projects. I run my writing business out of there, so I was the natural choice for recording what happened when the office managers left us alone for the holiday week.

The space is called Canvs, and it’s pronounced “canvas,” but it’s missing the second ‘a’, because we’re young and hip and hate unnecessary vowels. One of Canvs’ perks is free cereal and milk for members. There’s also coffee, snacks like peanuts and granola bars, and even fresh fruit.

The office is closed for the holidays, which means the managers are at home. But Canvs has 24/7 keycard access, so some of us are back at work the Monday after Christmas.

Except someone forgot the cereal.

We think it was one of the managers, but they wouldn’t give us their cell numbers.

There’s still milk, but only half a gallon of whole milk, and a barely-touched gallon of skim milk. We laugh about it being “the American beer of milk,” and dump it down the drain.

We refer to the people on the other side of the office, the ones with permanent desks, as the Settlers. We laugh and make crude jokes about their name and the states of their relationships. In the afternoon, one of the Settlers wanders over to our territory, and we drive her out with shouts of “THIS IS SPARTA!”.

Later, we raid the kitchen and eat most of the fruit and all the snacks. Supplies mean survival, we tell ourselves. Without food, we can’t work. Without work, we can’t provide for ourselves or our families.

We arrive at the office early, before the Settlers arrive, and finish the fruit. We search for more food, but the refrigerators are empty. We curse whoever forgot the cereal.

We combine the remaining creamers into a single glass, which makes six ounces for our coffee. We crouch around the machine as it brews, like cavemen around a cooking fire. The coffee is hot, and we are pleased at our fortunes. We burn the empty containers to cover our tracks.

That afternoon, the Settlers twice send thieves to the kitchen, but we turn them back. On a third attempt, they steal half a box of granola bars we had stashed away for an emergency. We send a small raiding party to retaliate and burn down three of their desks. We steal the granola bars back and take a jar of peanut butter as well. One of the Settlers breaks his arm in the melee. Supplies mean survival.

That night, as I go to sleep, I think the skim milk may not have been so terrible.

We control the bathrooms but need food.  A noob cries and wants to quit. We berate him for being weak, and tell him if he wants comfort, he should work from home. He relents and stays with us, but he disappears the following day. We never see him again.

It’s become our mantra. We chant it before we raid. We say it before we scoop the coins out of the fountain and spend them at the vending machine. My wife says I’ve been saying it in my sleep for the last two days.

A raid on an art gallery yields mixed results. There’s plenty of food, but it’s all organic, and most of it is vegan.

Skullhammer the Javascript designer cuts down one of the artists with her USB keyboard — a found object sculptor named Jane. She and Skullhammer were friends, but that was in the Before Time, when Skullhammer was simply Elizabeth, and they were in the same book club.

In the afternoon, we sweep through a nearby comedy club, which is home to an improvisational theatre troupe. They are quick to adapt to our surprise attack. Windrunner, the network security consultant, is stampeded by war cows, and they place his head on a pike outside the ticket window.

The war council says if we don’t get food soon, we may have to surrender. I worry my bones are getting brittle from the lack of milk.

Late in the afternoon, we enter a ceasefire with the Settlers, and agree to let them use our bathrooms if they bring us fries from Hamburger Mary’s. We barter one order of fries for two bathroom trips; three, if they’re loaded fries. We give them access to the women’s bathroom and designate the hallway as the Neutral Zone. No weapons, no shields.

It’s a holiday miracle! We find six boxes of cereal under the manager’s desk. She apparently bought them before she left and forgot to put them in the kitchen. We gather with the Settlers in the conference room, and they share three gallons of 2% milk they’d hidden in one of their dorm fridges.

It’s a wary truce. We’re happy the war has ended, but our hands never stray too far from our weapons as we eat.

That night, I stop at the grocery store on the way home, where the deli manager finds me weeping in front of the skim milk display. She calls my family, and they take me home.