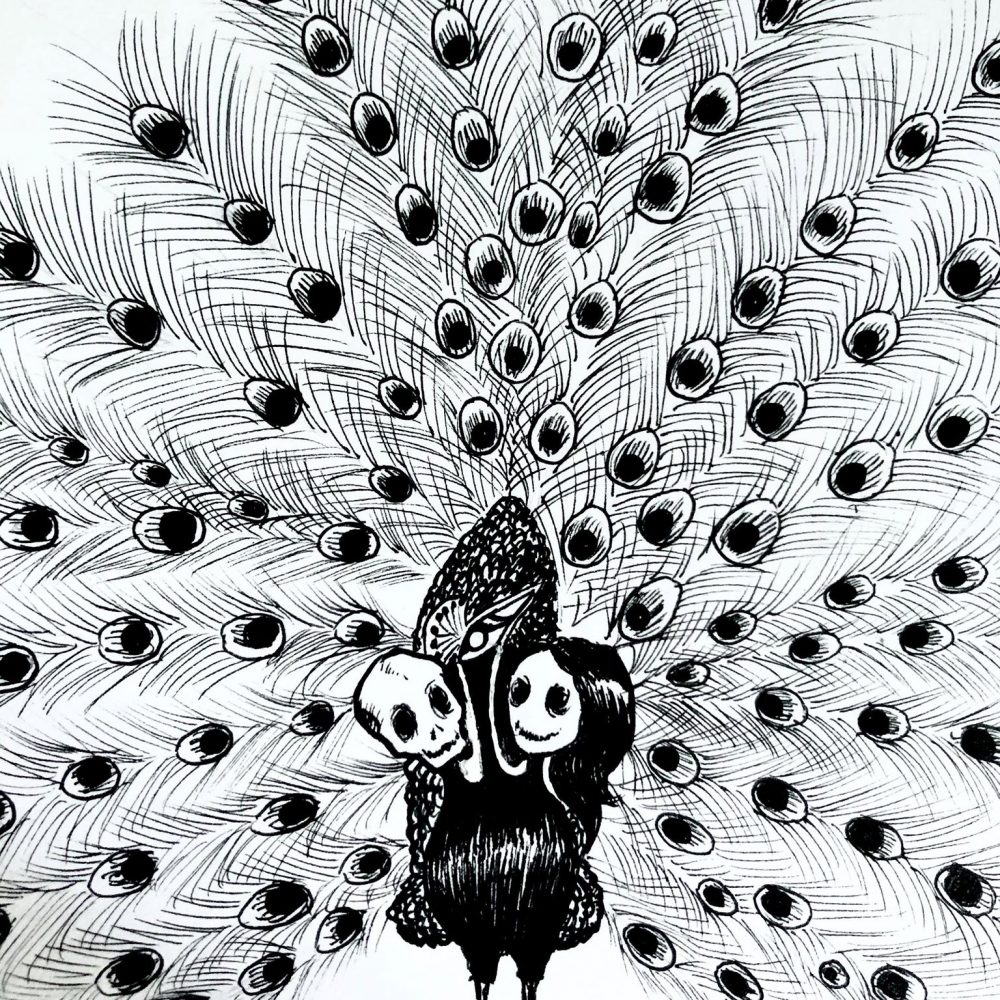 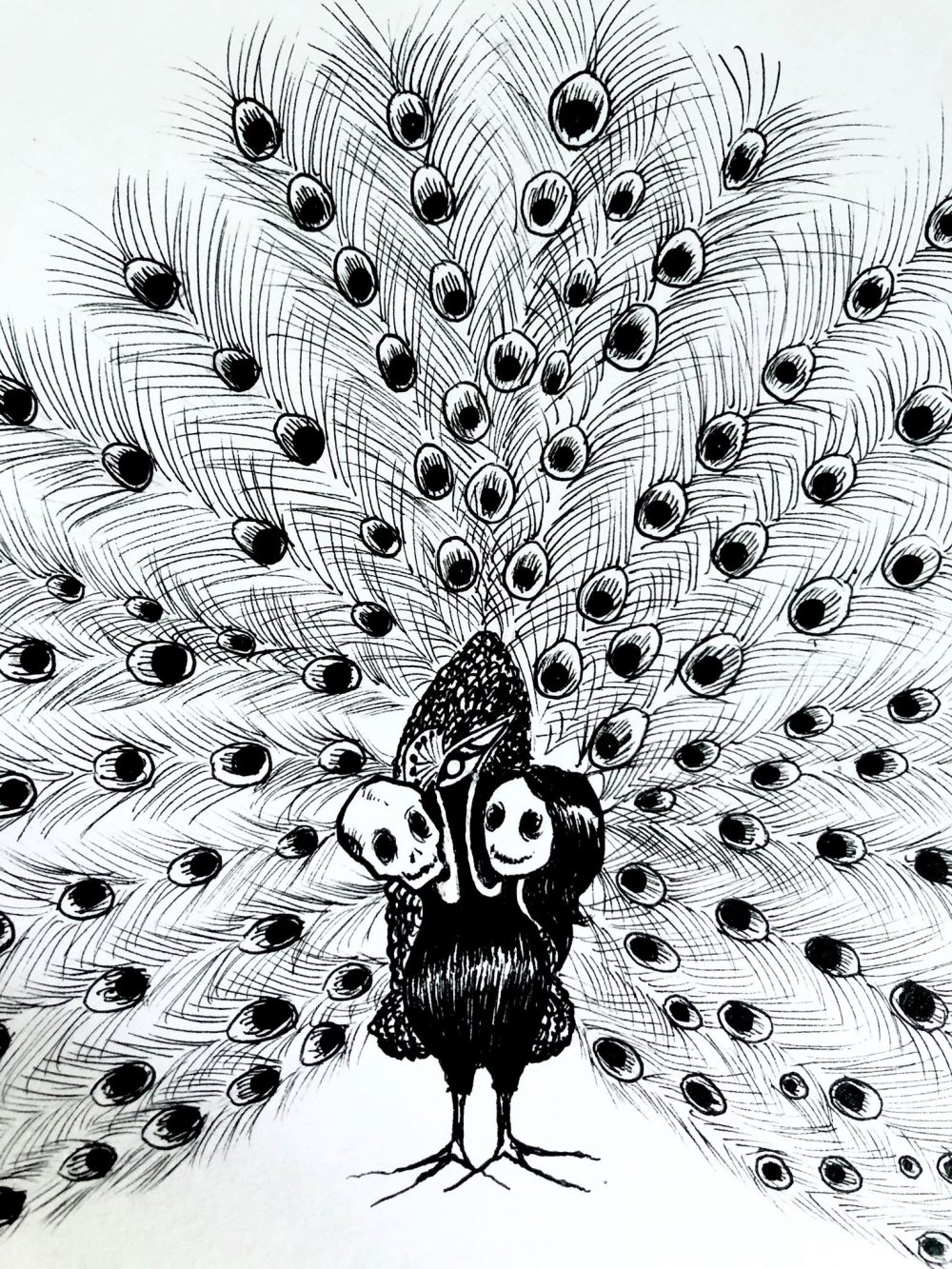 I can’t talk to my wife anymore. Not since she brought home that peacock. She told me she found him lost and bedraggled by a dumpster behind the Sav-A-Lot, discarded, like someone didn’t want him anymore and she couldn’t just leave him there, could she? and I said I didn’t see why not and that was the first tremor in the marital atmosphere. She named him Bradley. After some actor.

“He’s so grateful for any little kindness,” and “he’s so useful around the house,” and “he makes that screech when UPS comes with my aerobics videos and that horrid man doesn’t have to honk his horn at me anymore.” Bradley was sitting on her toned thigh, and she was feeding him little pieces of sardine. I bet the UPS man honked her horn, and that was the first time I thought that and couldn’t un-think it after that.

“I should learn Spanish so I can talk to him in his native tongue,” she said.

“Telagu,” I said. “Peacocks are originally from India.”

“Well you’ll just blurt out any untruth about Bradley, won’t you?”

“Pearl, honey, you know I love Bradley too” (not true) “but does he have to sleep with us?”

And the answer to that, bingo, you guessed it, was no, he doesn’t have to sleep with us, only with her. And you might think that was the last straw but it wasn’t. I love my wife. I ought not let an overgrown pheasant come between us.

No, the last straw was when I came home and found my wife in a feathered robe (for which I still haven’t seen the bill but according to what I’ve seen on Amazon, it’ll be a doozy) and with a funnel taped to her face. “Pearl, honey, why do you have a funnel taped to your face?” Reasonable question, I thought.

I was going to ask her to repeat herself, her voice was muffled by the funnel, but then she’d say I didn’t listen as well as Bradley and she might be right about that. “It’s so I can get used to it before the surgery.”

It took me a while to catch on, but my wife is under the illusion that some quack doctor can give her a beak and feathers and wings and she can be just like Bradley. I didn’t point out that the robe had male peacock feathers and presumably she wants to be Bradley’s wife, and hence should resemble a peahen. But I’m spineless when it comes right down to it.

So here I am, enlarging the chicken coop so my darling wife can move into it with the love of her life, Bradley, compared to whom I am a pale imitation of a man.

The thump of a helicopter overhead, one of the tour helicopters that takes off from the wineries on pleasant days, gave me the idea. It came at just the right time, thumping in my head like a heartbeat.

Peacocks can fly. But not well. “Pearl, honey, I want to celebrate your surgery with you, so you can see that I understand and love you. We’ll take that tour helicopter, and we’ll fly over the house, and you can use your wings to glide down to Bradley, and then you’ll really be his.”

She loves the idea.