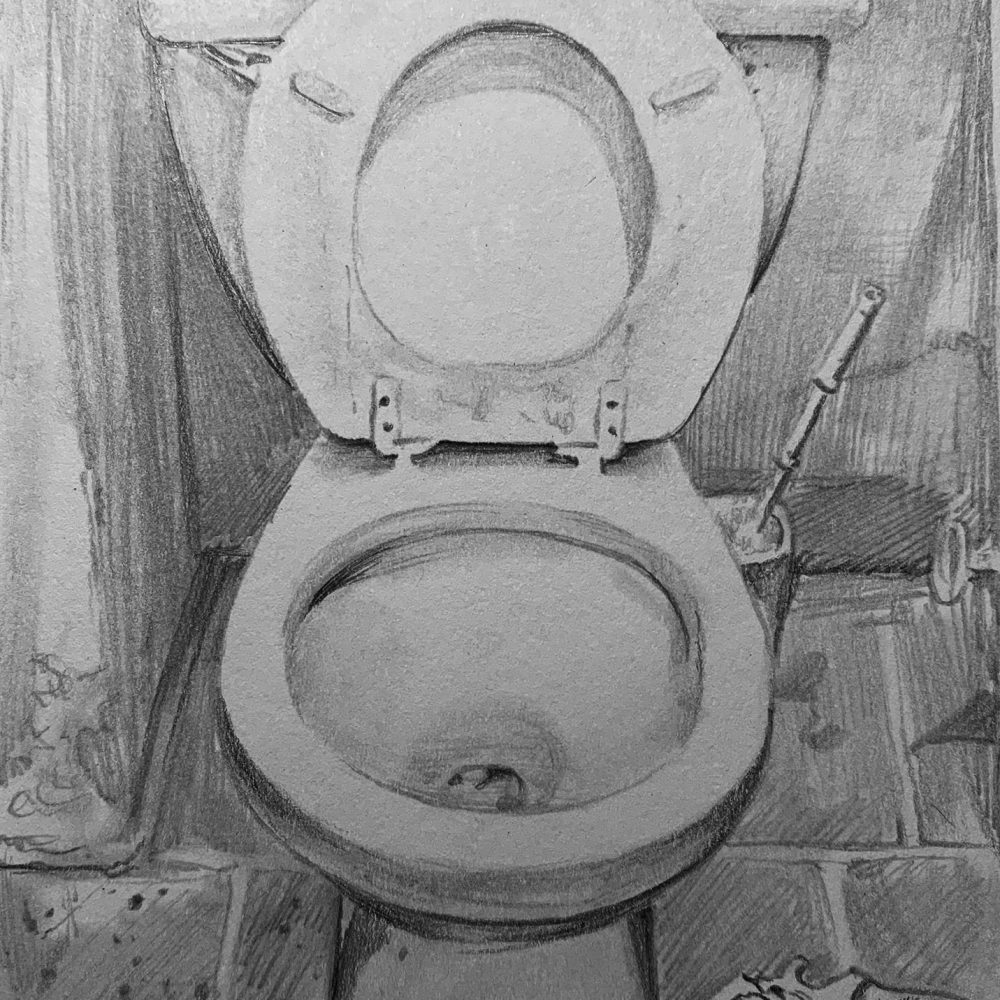 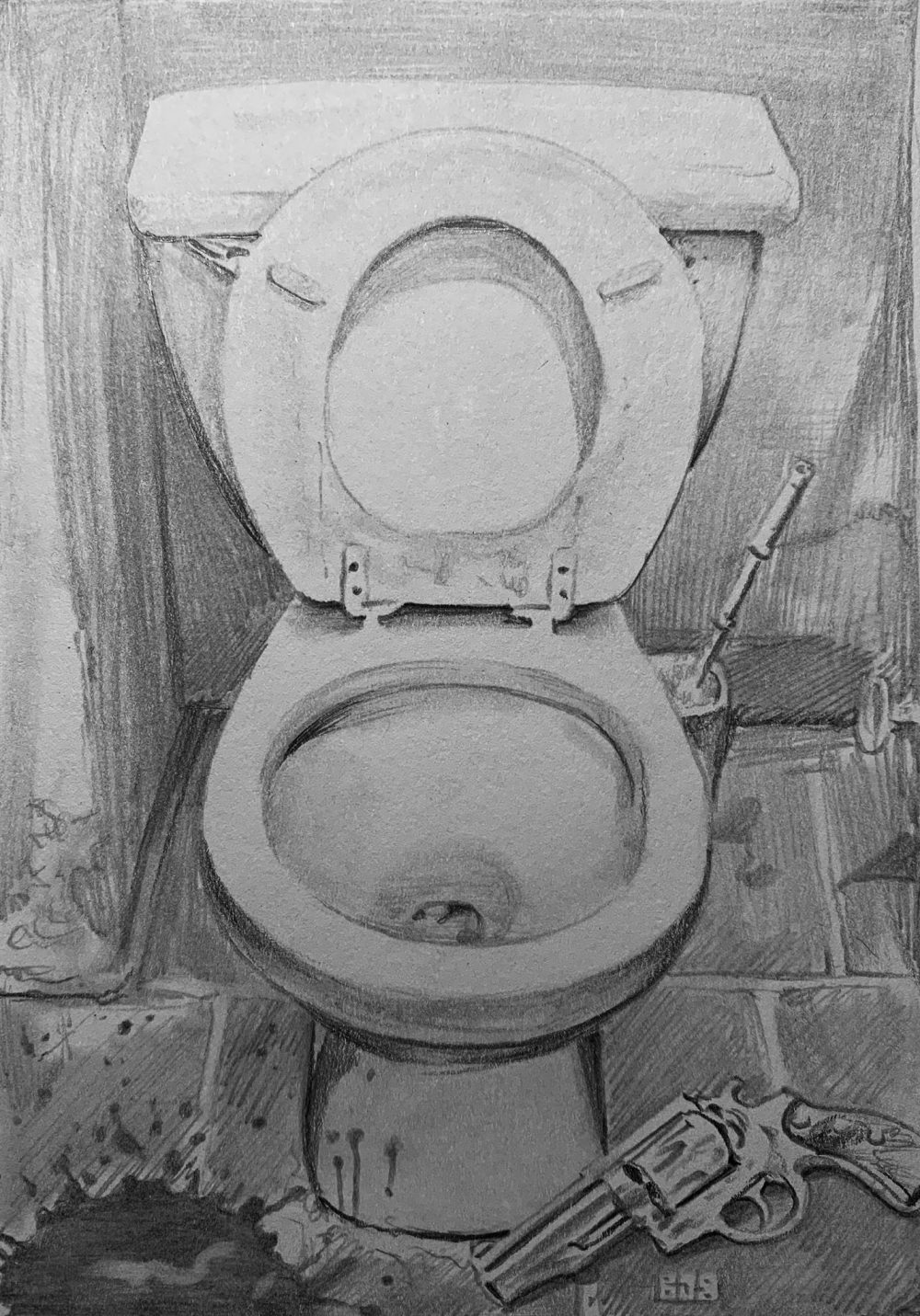 Sam needed to take an emergency-level shit when he went to buy that gun.

He had slept with Dianne, a co-worker, whose husband Jake was now apparently homicidal. Dianne had fled to her parents’ house in New Hampshire the day before.

Sam hadn’t seen Jake, but then again Sam was avoiding work and home.

He had three .45-caliber bullets jangling in his shirt pocket.

Was Dianne worth it? Sammy thought to himself, but he really couldn’t imagine an answer because his intestines were gurgling and roiling with debris that seemed volcanic and uncertain in velocity. His face was slick, sweaty.

Sam stepped into a restaurant. The men’s room and the women’s room were locked. He waited amidst the potent aromas of sushi. Every customer who entered the place looked like Jake, alert white dudes in preppy clothes.

A block from the restaurant, a pawn shop loomed with cheerful neon. He inserted himself inside its fortified door.

“Got a restroom?” Sam asked.

“For customers only,” said the clerk, not looking up from his copy of Variety.

“I want to buy that,” Sam said, pointing at a revolver underneath the glass.

“Can I use the bathroom first?”

Sam slipped his hand into his pocket. He kept his loins tight as he unfolded his wallet and submitted his driver’s license and concealed carry permit over. He concentrated on his steady hand.

The cluttered shop smelled like new plastic. Sam gazed at the front door.

The clerk scanned the electronic stripe of the card. “The background check will take about ten minutes.”

“Can I use the bathroom now?”

Sam smiled as he sweated. Was Jake really bonkers? thought Sam—trying not to think of his squirming intestines—or was Jake just mouthing off as if he were crazy?

Dianne has the sweetest smile in Florida, he thought. He was a grinning statue for the next several minutes.

Sam gave him the plastic and waited for the sale to be completed. He signed the form. Each breath seemed to agitate his quivering guts.

The clerk handed Sam the card, the gun (placed inside a case), and a receipt.

The clerk paused, sighed, then pointed to the bathroom behind the showcase.

Sam was crying as he struggled to lock the door with his heavy purchase in his hand. He couldn’t get his belt unbuckled without putting the gun down. He could feel things moving inside him.

He dropped the card and the gun on the tile and slid the lock.

He undid his pants and collapsed onto the porcelain.

He was no longer in control of his body as he reached down with his trembling fingers for the case.

Then the door opened, exploding the clasp of the lock.

Sam turned around, spewing, and howling, one finger touching a bullet, one hand digging inside the case.

John King is the host of The Drunken Odyssey: A Podcast About the Writing Life. His work has appeared in Gargoyle, Turnrow, The Newer York, and elsewhere. His novel, Guy Psycho and the Ziggurat of Shame, is forthcoming from Beating Windward Press.