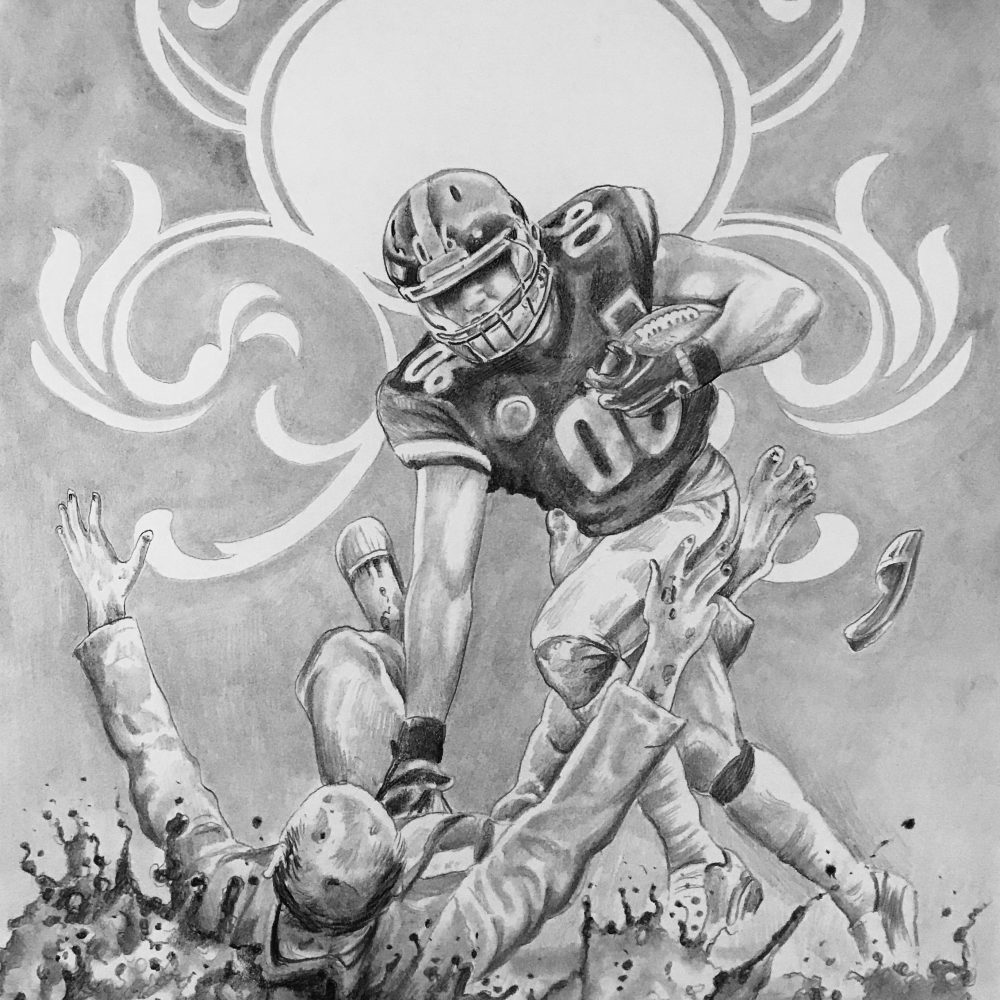 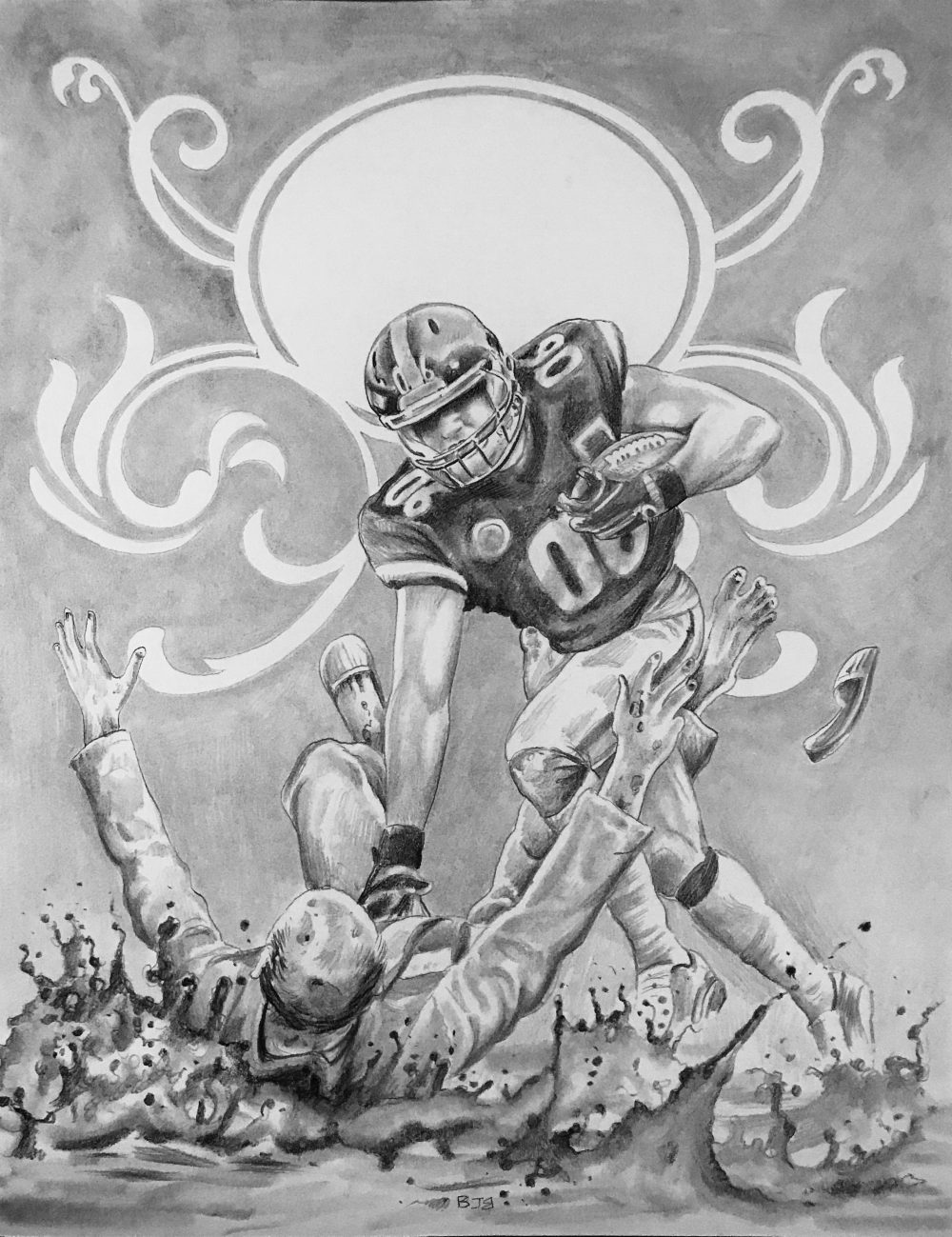 The storm was just the catalyst. Plenty of towns shared our confluence of industrial waste, saltwater, and lightening. People drowned all over the place after Hurricane Gaspare, but zombie outbreaks only happened in prison towns. The convicts drowned. Those who zombified were uncharged (that is before the lightening!), so innocent in the eyes of the law, yet we’d held them.

Did you know we can hold people for 72 hours without ever giving a reason? That it can take more than ten years for a Writ of Habeas Corpus to wend through the courts? Do you hear Patrick Henry screaming?

Yeah, our High School’s named after him and we didn’t hear it either.

They re-opened the roads and we came back to more devastation than we’d imagined. Water to the top of everyone’s basement, in some first floors, you know, to street level. Given electricity and everything, it was pretty dangerous, so while we were waiting for pumping equipment from Caroline County, someone had the idea to hold a spirit rally at the high school which sits on higher ground. The kids that could crawled through windows and got their uniforms. The football field was swamped, but we laughed about mud being good, clean fun.

The band played and sucked but we hooted and passed around all kinds sealed up food that had floated out of the stores: chips, soda, anything in plastic really, and despite it being school grounds, lots of beer. It was sort of great. No one cared if you were a damn liberal or a damn republican: We were all in it together.

When the band finished, figuring out sides for football was a mess. Half the team was still evacuated, but most of the fathers and father–aged guys wanted to play. By contrast, the girls softball teams, which have very deep benches, were super-organized, all credit to Coach Block—she pitched at Virginia Tech and had both JV and varsity suited up and ready before the anthem. They almost played first but instead it was football chaos. Everyone sloshing in the mud. You couldn’t tell which side was which.

So, when the prisoners turned up, it seemed so miraculous, we cheered! They were all in their orange jumpers, like a uniform, so we didn’t have to divide teams and we were just glad that they had survived the storm because we stopped evacuating prisons after Hurricane Hugo and everyone pretty much got away with it in Katrina, Harvey, and Florence. We saw the orange jumpsuits and were relieved that we got away with it again. We assumed they came to play.

You’d think we’d notice the rotting skin and the missing limbs, but the whole county stank of sewage and dead things. Plus, those orange jumpsuits held up great—I hope they were made in the USA—if an arm fell off it just stayed in the sleeve. So, the zombieism wasn’t obvious. On top of that, most of us didn’t even believe in zombies and it’s been proven that people don’t see what they don’t expect.

Nonetheless, we the people had deprived these men of liberty and then let Gaspare take their lives. All they had left was pursuing happiness which for zombies equals chow-brain.

Our guys hiked the ball and the orange jumpsuits marched forward, not in formation, but in lock step. We set up a damn good defensive line, but—

Still I’m telling you from the stands it was confusing. When the zombies snatched off our guys’ helmets we took it for some kind of “we-don’t-have-any-helmets-lets-all-be-equal” sort of thing. It wasn’t until they began smashing skulls and slurping grey matter that we really caught on.

People poured onto the field like firemen racing into the twin towers. My bum hip saved me. I couldn’t join them, but most of us were armed and, in the panic, we started shooting. We learned quick that bullets sail — thwoop! — right through zombies and lodge in your neighbor. Damn.

But the girls in the dugout kept their heads. They started whaling balls out to the field. Crack! Crack!

Turns out that’s how you do it. Thwack! Flesh fireworks. Blam! Skin chunking everywhere.

When they ran out of balls, they started using cans. People ran and brought them bricks and stones. Survivors pitched helmets off the dead into the dugout and wham! Duck! Splat! It was glorious. We threw what we could from the stands, but there’s a reason baseball’s the great American sport. You need that bat! That fast ball! Whoo! Velocity city!

Before you knew it, the flesh was knocked out of pretty near every jumpsuit and the sky grew dark with hungry gulls. ‘Cause that’s how nature works, right? Our tragedy was their banquet.

I can’t tell you how proud we are of our girls. They wanted to change their name from the Patriots to the Habeas Corpses. Cute, right? But some of the bereaved football families thought it was disrespectful, and you could kind of see why, so they settled on Free-Gulls in honor of the birds that swarmed in and ate all the splattered flesh. ‘Cause maybe the corpses would have re-assembled elsewise. Who knows? There’s a lot of misinformation out there; I thought salt killed zombies, but it turns out seawater’s part of the deal, at least in our case. It also turns out a good Habeas Corpses logo is harder to design than you’d think whereas even little kids and non-artsy-types like me can draw a group of stretched out “m”’s that look like seagulls flying. You’ll see them everywhere. On T-shirts, walls, face paint. We’re even gonna have skywriting tomorrow* ‘cause our girls are in the State Championship! And I know it was a bummer of way to go, but I like to think that somehow, someway, those prisoners are rooting for them.