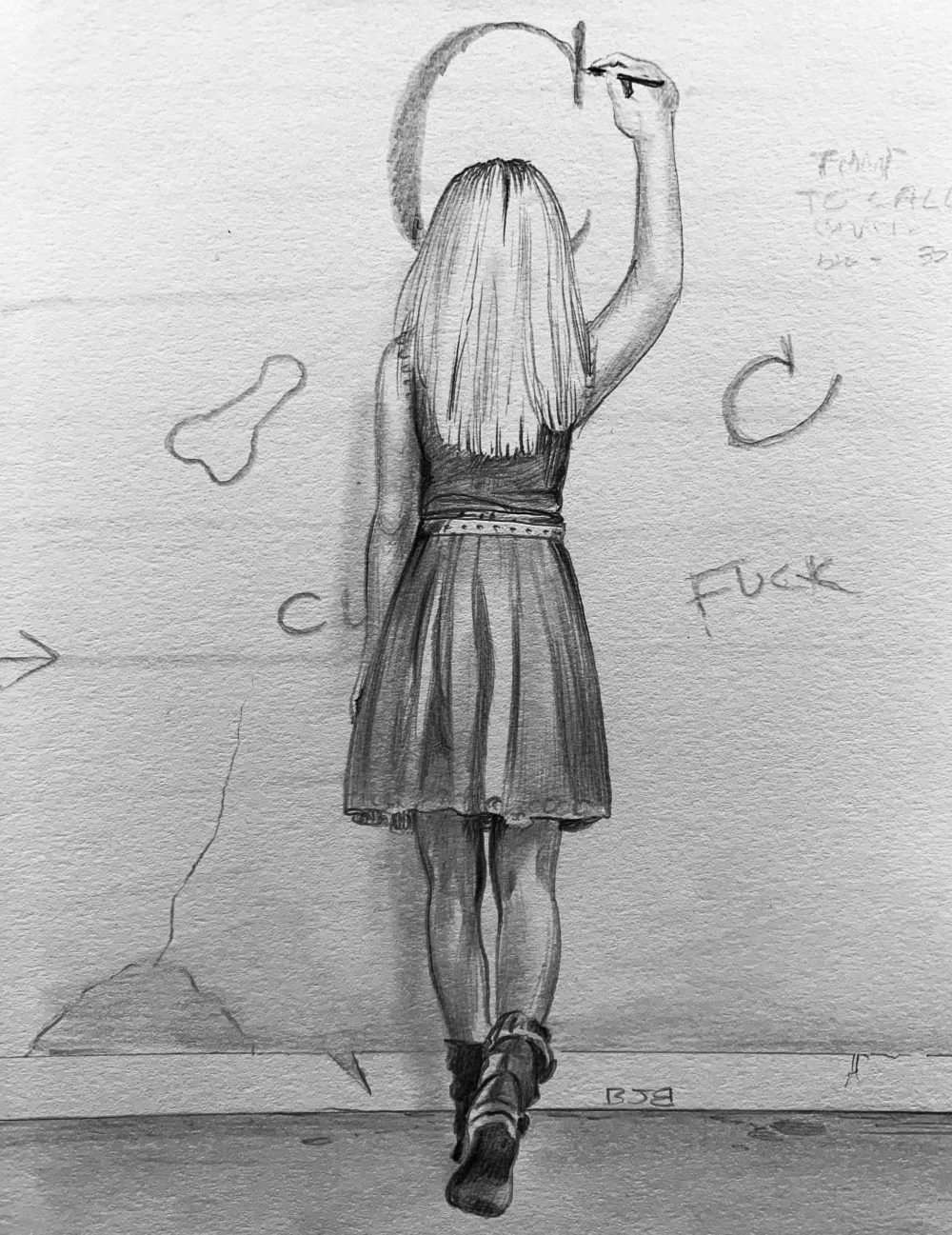 That she was second in everything, that she wore hand-me-downs with patched pockets, that she had to play soccer because her older sister played soccer and they already owned the cleats, that the dance was supposed to be her turn—finally—to find a dress and pay retail, that she always had to sit in the backseat beside C, that the older sister got shotgun just because she was older, and that really wasn’t fair, was it?—that she was very good at Spanish, that she took Spanish because they lived in Miami and this seemed wise, that the homecoming king was this Cuban boy from the robotics team with dark dreamy hair she wanted to sleep in, that both her older sister and C liked him, too, and this was just goddamn irritating, that she vented to her diary and wrote his name in invisible ink on her bedroom wall, that the week before the dance her older sister “ruined” her own dress with an iron and begged Mom for a new one, that Mom caved, that there was only money for one new dress and too bad, she’d have hers next year, her older sister was about to graduate (!) which meant that she had a hand-me-down again, this one from a cousin in Orlando who’d competed in a cowboy pageant with bedazzled boots, and this was why, she thought, the Cuban boy did not dance with her at the dance—because she looked like a clown about to compete in a cowboy pageant—that she almost went up and asked him, “Want to dance?” almost did this in front of everyone, under the disco ball that made the rubber bands in her braces glow neon—and that at least beautiful little C, still a freshman, just a baby, was not supposed to go to the dance. There was this, until there wasn’t this. And that C appeared at the gym-turned-dancefloor in Forever 21 magic, some slippery silk thing, and that she wanted to scream, and that she ate an entire tube of cherry LipSmackers, that she furiously took the Tamagotchi from her dress pocket and pressed AAA, let it eat and eat and eat—that this is why she spent the rest of the night writing evil things in the bathroom and signing C’s name, that she thinks you would have done the same, too, if you were her, and if not, well she really doesn’t care—she took joy in the little dicks she Sharpied on stall walls and the ugly words she wrote that she’d never said aloud. She’d always imagined those words jangling in her mouth like coins, hard and dirty—she always wanted to fling them at prettier girls.

Ciera Horton McElroy's work has appeared in AGNI, Bridge Eight, the Crab Orchard Review, Little Fiction, Lumina, and Flash Fiction Magazine among others. Her novel NUCLEAR FAMILY is forthcoming from Blair in 2023. She is represented by Folio Literary Management.