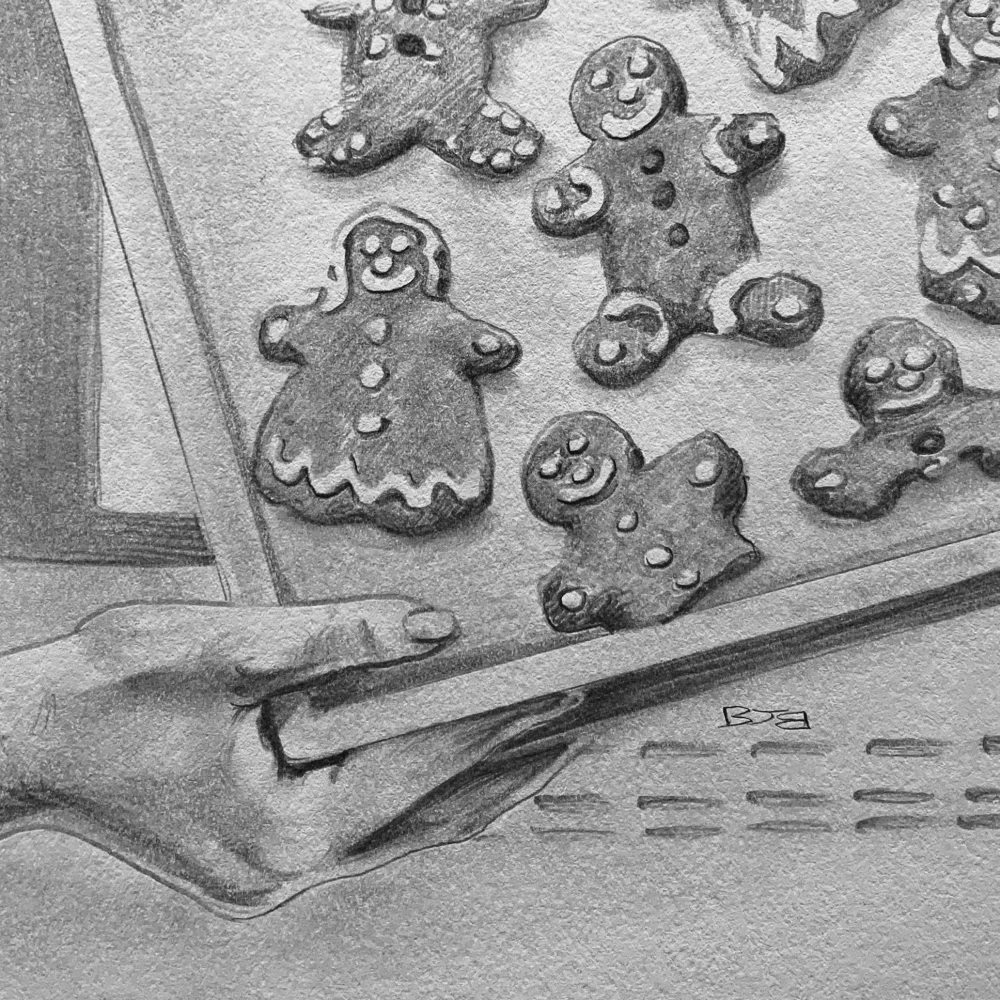 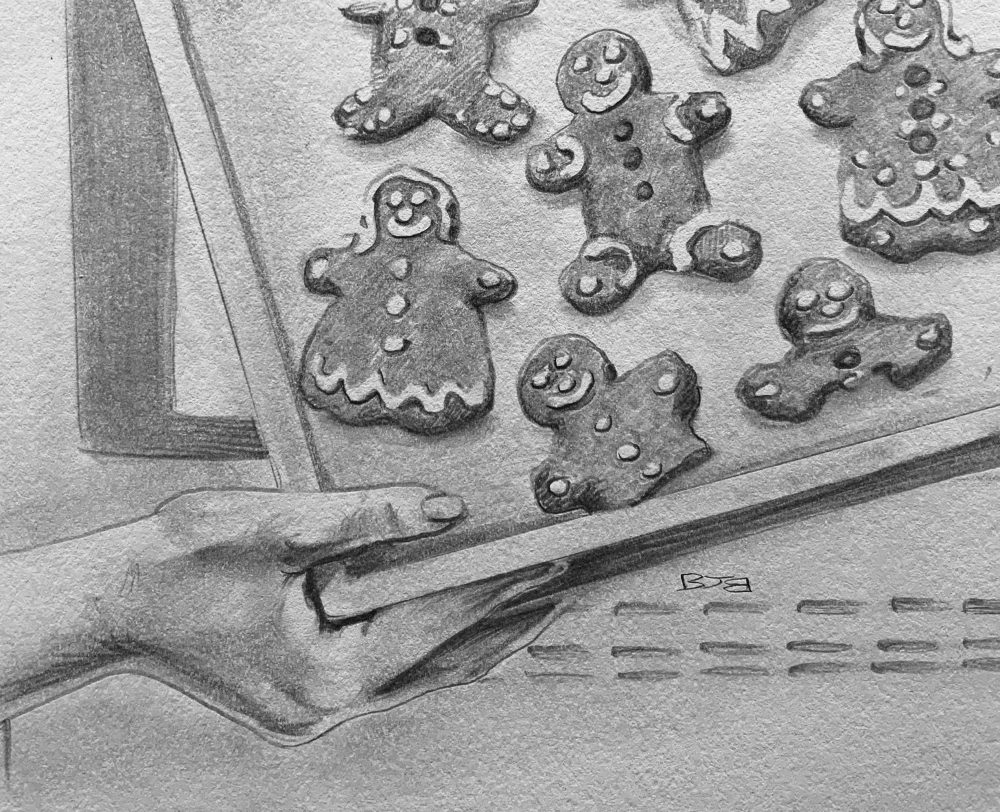 The oven’s black mouth gapes at me, but I turn my back. I gather the ginger, cloves, cinnamon, and nutmeg for the gingerbread. People ride through the forest from all the nearby towns, just for my gingerbread.

The knock comes at the bakery’s back door. Hansel has a little one by each hand.

“No kiss for your Auntie Gretel?” I ask, but the boy turns away, and the girl looks at me with large, frightened eyes.

I stop myself from twisting my hands in my apron. Every day Hansel looks more like our father, our father who welcomed us back when we showed up with armloads of jewels, but who we could never trust again. Once we were grown, he took his ax into the forest and disappeared, and good riddance to him. “Today’s bread isn’t ready yet. I can give you some of yesterday’s.”

“Day old? You owe me better than that.” Hansel has changed. He is too often in the schnapps, and his woodcutting business goes ill. I will not let him or his family starve, though. I fear for children when the parents starve. “I saved your life.”

Yes, he dropped the pebbles and the bread. But he has forgotten it was me who tricked the witch into the oven, who saved him from roasting. It was me. In his mind, he is the only hero.

The girl tears into her cookie like a young wolf. As they leave, the boy throws his away, his hands moving in a symbol to ward off evil.

So, the boy thinks I’m a witch. He knows nothing. And Hansel knows little. While Hansel was penned in the barn, I was the one who had to fetch and carry for the witch. Mama Isa, she made me call her. I watched her mumble mad spells over her cauldron, tie the evil charm bundles she sold to men who pretended not to see me enslaved. I roasted chickens for Hansel to eat, while I sucked on the bones after he finished. I only stayed alive by nibbling pieces of the house whenever I could.

That gingerbread. Its wild tang haunts my dreams. Sometimes I almost smell it, in the early weeks of fall when the leaves are first dying. Years ago, when I had taken half of the jewels my father and Hansel had not wasted on drink and opened my bakery, I spent hours, days, months, making gingerbread. Trading for fresh ginger and exotic spices so expensive I needed a fortune in jewels to try them.

Now I whip up the sugar, butter, and eggs. I add the flour and the dry spices. I prick my finger and add the blood. The cloves and ginger take on an earthier tang, and the gingerbread dough smells faintly, just faintly, as the witch’s used to.

I discovered the secret ingredient by accident one day, cutting myself while slicing fresh ginger. Now it has made me famous.

I cut cookies in the shape of girls and boys. Little Hansels and Gretels. When the first pan comes out of the oven, I take a girl, bite her arm off, then a leg, eating until only the head is left, which I hold on my tongue for a second before swallowing. I do the same for a boy.

The taste is not the same, though I no longer experiment with exotic ingredients. I know what’s missing: the blood of children. A grown woman’s blood does not have the same spice.

Unbidden, a picture of Hansel’s boy fills my mind. I shove it away. There’s a reason I never married, never bore a child.

The oven’s wide mouth stands open for the next sheet of girls and boys. I shut them inside.

Ann Hillesland's work has been published in many literary journals, including Fourth Genre, Sou’wester, Bayou, The Laurel Review, and SmokeLong Quarterly. It has been selected for the Wigleaf Top 50 Very Short Fictions, nominated for the Pushcart Prize, and presented onstage by Stories On Stage. She is a graduate of the MFA program at Queen’s University of Charlotte.