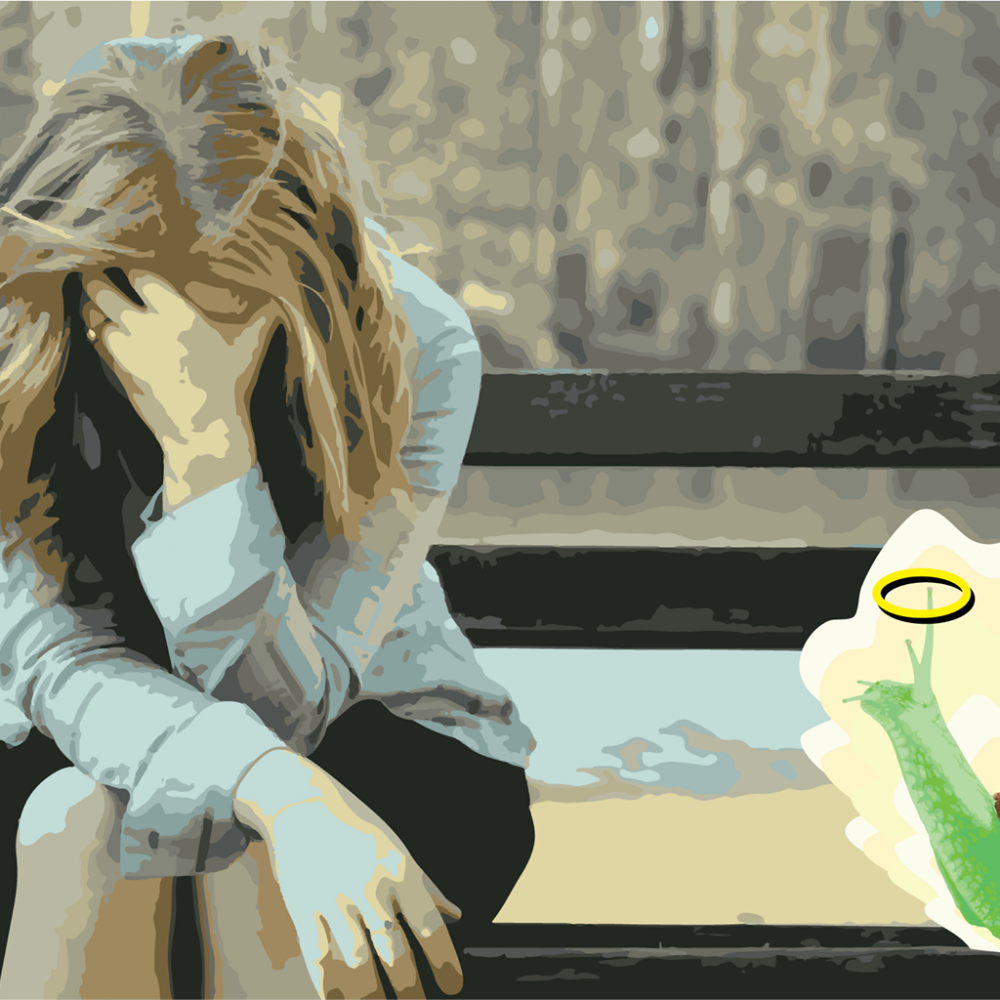 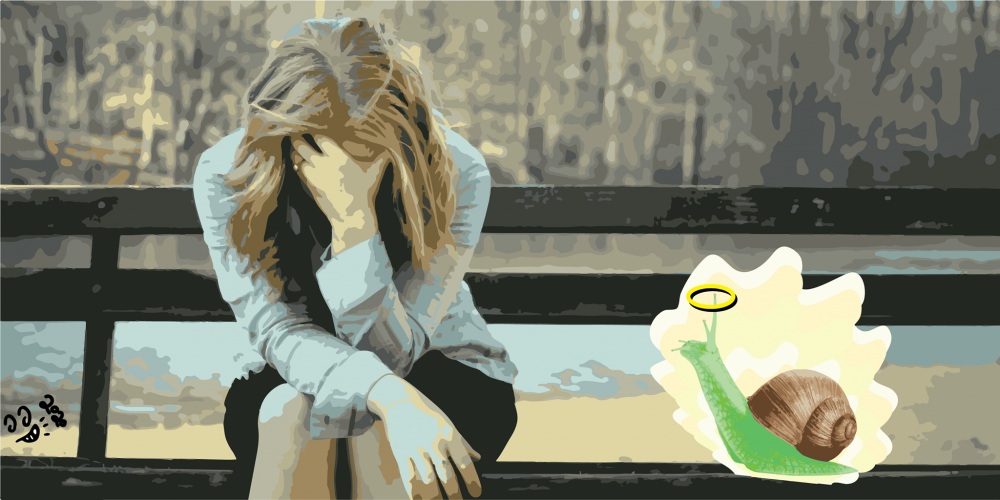 My introduction to cruelty came from the boy who lived across the street. He shouted to me from his side yard, and I followed him to a patch of dirt freshly planted with petunias. Their velvety purple flounces drew my eye to the core of darkness at the bud. Some petals were ripped, disturbing the symmetry that funneled my gaze. The boy squatted. He reached between the petunias, looking for something in the undergrowth, and I sat next to him on the path of wide flat stones. I was just old enough to know to pull my skirt down over my knees. The dirt was upturned, pebbly, smelling of scraped rocks and cut roots. A rusted hand-spade lay at the edge of the patch, clodded with dirt. I did not know what I was supposed to help him find, but I leaned forward and stared into the profusion of arching stalks. In the undercarriage of the petunias his fingers closed around the shell of a garden snail. He lifted it into the air; its eye-stalks collapsed into its head. The slimy foot-body pulled its mass inward, retracting into its shell. The boy turned the shrinking snail upside down. At the shell’s oval opening, a tender ruffle of flesh protruded. He dropped the snail and it landed on the stone path with a brittle click. “I’ll be right back,” he said. The boy ran around the corner. I remember closing my fingers gently around the shell, afraid I would find it broken. I expected animal warmth, but the whorl of brindled ridges was cool under my fingers. The shell withstood the fall whole, no cracks. I was relieved. The screen door slammed. I set the snail right-side-up on the path and sat as still as I could. The prow of the shell tipped upward. A gray-green fringe puckered out, and the eye-stalks extended from below the visor of the shell. The screen door clapped shut again. The snail extended its front body over the smooth purplish stone and slid slowly toward the petunia patch, back-body trailing behind. The boy knelt next to me, holding something close to his body, and for a moment he watched the snail’s slow escape. I recognized the navy blue carton in his hand, the girl shielding herself from the rain with a yellow umbrella that matched her yellow dress, skirt caught in a gust of wind that lifted the hem to billow at the meeting-point of her legs. The boy extended the metal spout with his fingernail and poured a white drift over the snail. The granules bounced off of the shell but stuck to the body. The snail’s skin began to bubble. It fizzed and it shrank.

I stopped my breath, afraid of inhaling a heat that could boil my body, too.

The boy salted the snail until all that was left at the shell’s oval entrance was whitish foam.

When he finished, he said, “My mom asked me to get rid of the snails in the garden.” He closed the salt spout and tossed the carton from one hand to the other. He turned to me.

I ran back across the street, to my mother. She looked down at me and words bubbled up—“He boiled the snail with salt”—but that made no sense. It would sound like a lie. The words died in my throat.

Lisa Allen is pursuing an MFA in fiction at UMass Boston, where she teaches Introduction to Creative Writing. She is also a freelance journalist covering topics ranging from finance to science. Lisa has attended a writing residency at the Byrdcliffe Arts Colony in Woodstock, New York. Her fiction is published in Kestrel, Ghost City Review, Levee Magazine, and Construction Literary Magazine. Find her on Twitter: @LisaAllenNY.