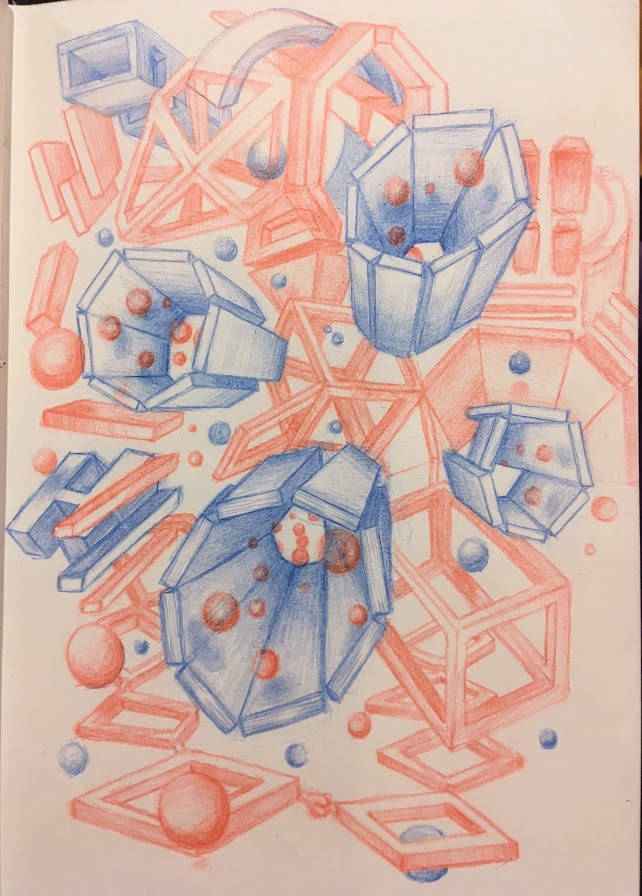 This is what we did. We stood over Sebastian with our protractors, compasses and Bagua, punched coordinates into calculators, scribbled not-theres and not-there-eithers. We licked thumbs and held them to the air. We found the safest, calmest space for our son and placed him there. For a pair of decades, Sebastian moored in the northeast corner of the living room. Wind and water lilted through the house. Sebastian was a balmy, unproblematic thing.

Bimonthly, we swung our recliners around to make his corner a stage, to let him entertain us. His Dolly Parton impersonation was a YouTube hit, which our feng shui advisor Keith said wouldn’t upset our chi as long as we kept that shit away from the spirit gate in the northwest corner of the house. We took such care.

When the other YouTube videos started popping up—Sebastian on a Mexican beach in the arms of a Gandolf-bearded guy named Exodus. Sebastian rock climbing with a giant drag queen named Bob. Sebastian hopping up and down with the Maasai so high you’d think he was made of cloud—we sensed somehow that Sebastian had found friends beyond his corner. Sebastian had left. Sebastian was rising.

We had to act fast. We followed him the same day on Facebook, Twitter, Instagram, and LinkedIn because that’s how our Bridge partners Doug and Lara liased with their difficult daughter Yvette.

We found him first on Facebook with a loud and lively timeline and 4544 followers. Air’s thin up here, but it’s my air, he’d posted just the day before at the top of his page. Come home! Basti! we commented. We’ll place you in our Money Spot. In our Love Spot. In the Safe Spot on the sofa. We’ll fall asleep watching Dancing with the Stars. He smiley-faced or hearted every single one of the post’s 248 comments—except ours. Who were these multitudes rooting for our son? Who said they envied his courage and claimed to live vicariously through him? Basti, we commented, we understand: you’re rebelling. We get that. If you don’t want to be feng-shuied for a while, it’s fine. When you’re done raining, just come home: 35.5175° N, 86.5804° W. Still no smiley.

Sebastian did not come home. He placed himself in the middle of everything, which was a million miles away from our coordinates. He blocked wind and water like a glob of grease in a drain. He caused weather.

What could we do but monitor his ascent and hope for a settling? We screenshot posts, tweets and subtweets. Saved his perennial and popular Tornadocorn gifs. We made a virtual scrapbook entitled “The I AM of the Storm”—a subtle jab at Sebastian’s self-centered Jehovah-complex squall—and uploaded it to his Facebook timeline with the comment We hardly know you anymore. We wanted balmy back. We wanted the pin-drop stillness of Sebastian in his corner.

And that’s almost what we got. Sebastian went silent, left social media, though years later we saw him one last time on CNN.com. The first Category 6 hurricane on record. Unprecedented destruction. The meteorologist described him as “Nature’s fury unshackled—the result of a century of environmental neglect.” The tremble in her voice was the kind of respect you’d save for weather. Neglect was a strong word. Parenting techniques vary. What did she know?

Recently—on the advice of Keith—we scooted a juniper bonsai into Sebastian’s corner, which worked wonders for the house’s chi. We would miss that little thing we’d made, always wonder what went wrong with our calculations. But if we were honest, we didn’t want Sebastian home, at least not the cataclysm he’d become. We’d had a few rough winters; the roof was getting old. Did we really need another storm?

Christopher Allen is the author of the flash fiction collection Other Household Toxins (Matter Press 2018). His work has appeared or is forthcoming in The Best Small Fictions 2019, [PANK], Indiana Review, Split Lip Magazine and others. He is a nomad and the co-editor of SmokeLong Quarterly.