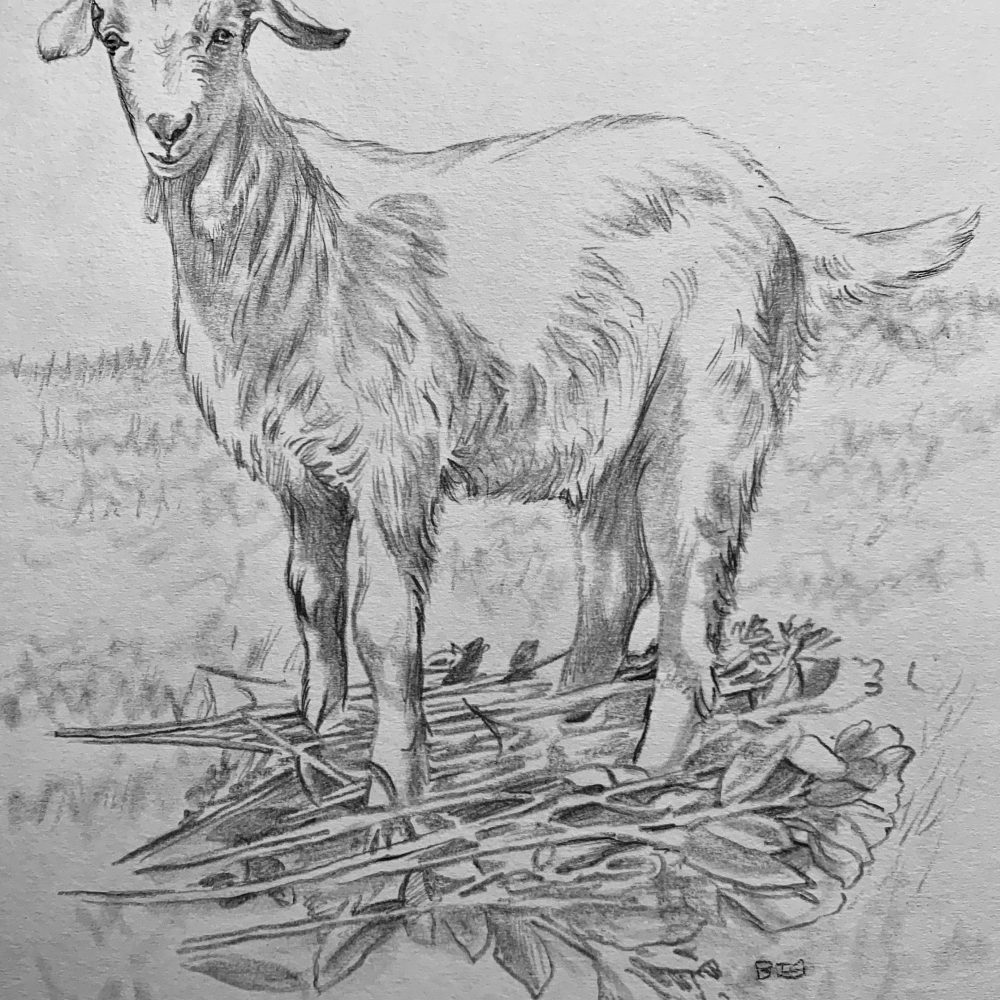 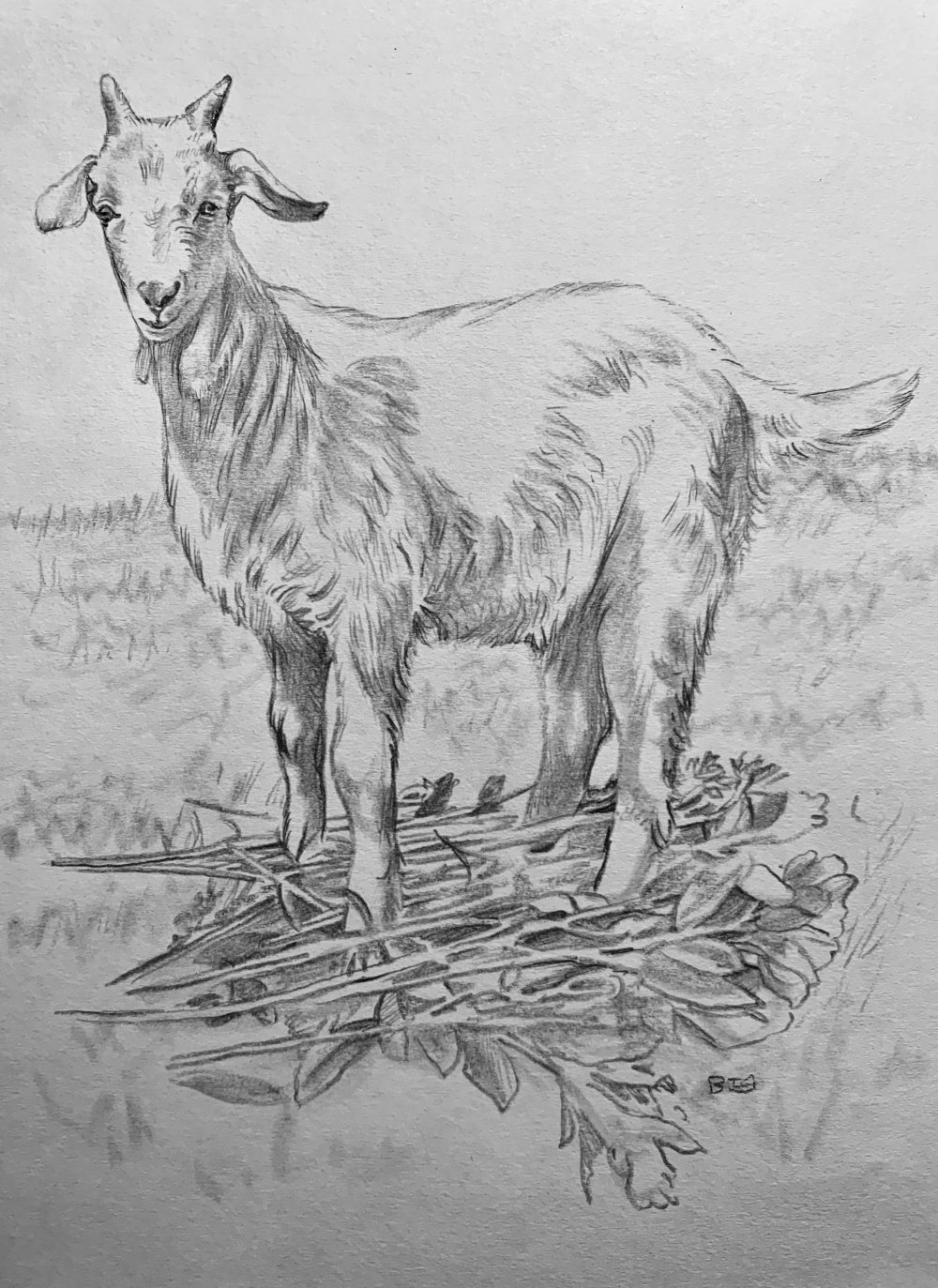 They were everywhere, goats with shaggy coats and beady eyes, goats nibbling on the grass, frolicking on the front lawn, stomping on the flower beds, tugging at the tomatoes on the vines, chewing on the giant lettuce heads, wrecking the patches I’d weeded on the weekend. Goats in the yard, goats in the garden. Goats bleating non-stop in a whiny tone.

I saw Karen from next door shooting out of her house and sprinting down the street, her bottle-blond hair flying madly in the wind. Maybe she was going to get help. Maybe a platoon of goats had evicted her from her squeaky clean duplex, which she vacuumed and varnished all day. After Karen came Steve. Steve the banker who bared his fangs when he smiled; smooth-talking, free-wheeling, deal-maker Steve whose skin-tight vests were a size too small for him. Face flushed pink and eyes rounded with fright, he shot past my gate like a scared child.

“Help,” he panted, turning his face skyward as if begging the gods to swoop in and save us.

Meanwhile the goats were busy wrecking my garden. Making a mess of the lawn. Knocking down my brood of delicate saplings. Chewing up my roses with a vengeance.

I waded through the ruins, knee-deep in goats. Sylvia and Dave, the power couple on our block who got invited to royal weddings and Hollywood raves, shouted out to me from their front yard.

“The cops are coming,” Sylvia yelled, parting her purple lips. Dave flashed a smug thumbs-up sign at me from her side.

They were dressed in white shirts and matching jackets. His scarf was the same slimy green as hers. Blizzard or flood, drone strike or drought, no apocalypse could stop the two from colour coordinating their wardrobes.

I fished out my phone from my pocket. Punched in Neel’s number one more time. He was still out of reach. I had left three voice messages for him since the goats broke in. In the first, I informed him, in a calm and even tone (not wanting to be blamed for being alarmist), that we had a situation at home. The second and third were SOSs. Cries from the heart. Cries from a lawn overrun by goats, a garden wrecked, a town taken over by a four-footed horde.

No reply. No call or message lit up my grey screen. Neel’s silence was harsher than the racket the goats were making. His absence roamed wild on the lawn. The grass was ruined. The goats trampled on it like drunken soldiers on the loose. The roses were gone. The carnations lay scattered, a mangled carpet of red and white beneath my feet.

Vineetha Mokkil is the author of the short story collection, A Happy Place and other stories (HarperCollins). She was shortlisted for the Bath Flash Award June 2018 and is a nominee for Best Small Fictions 2019.