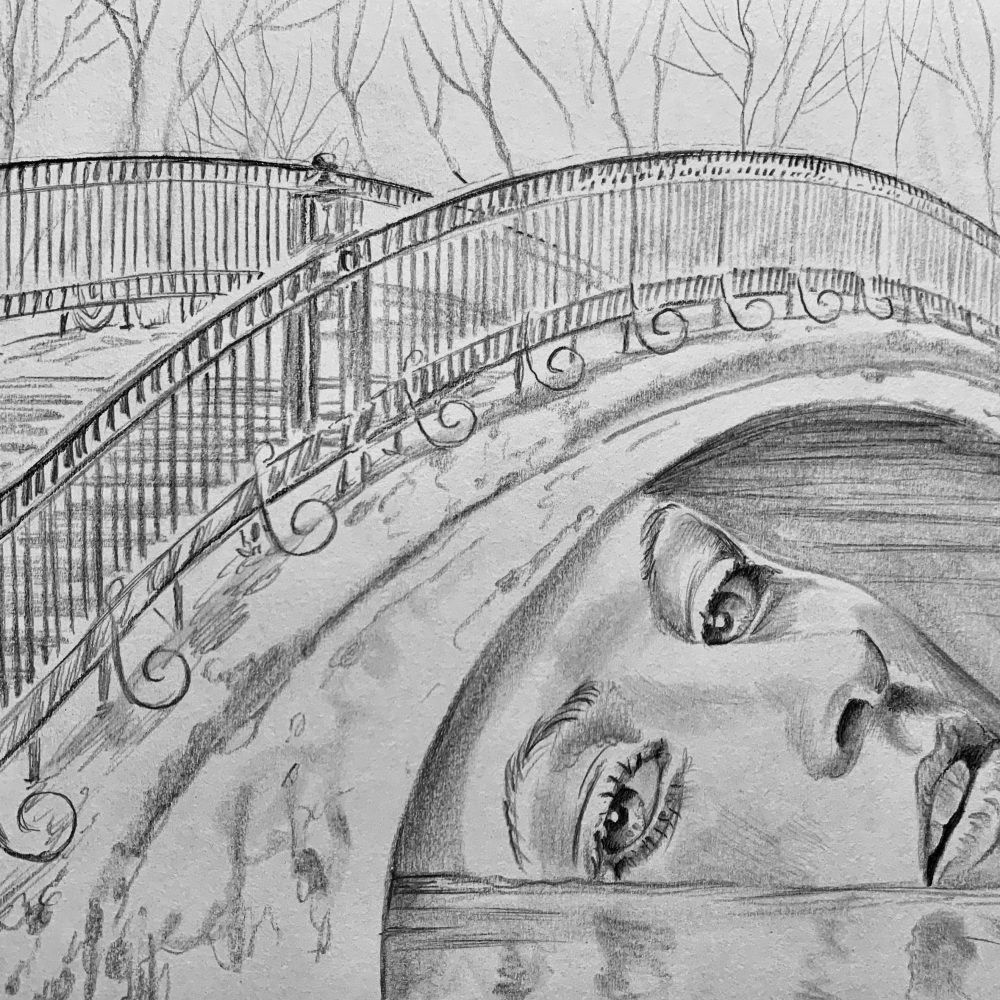 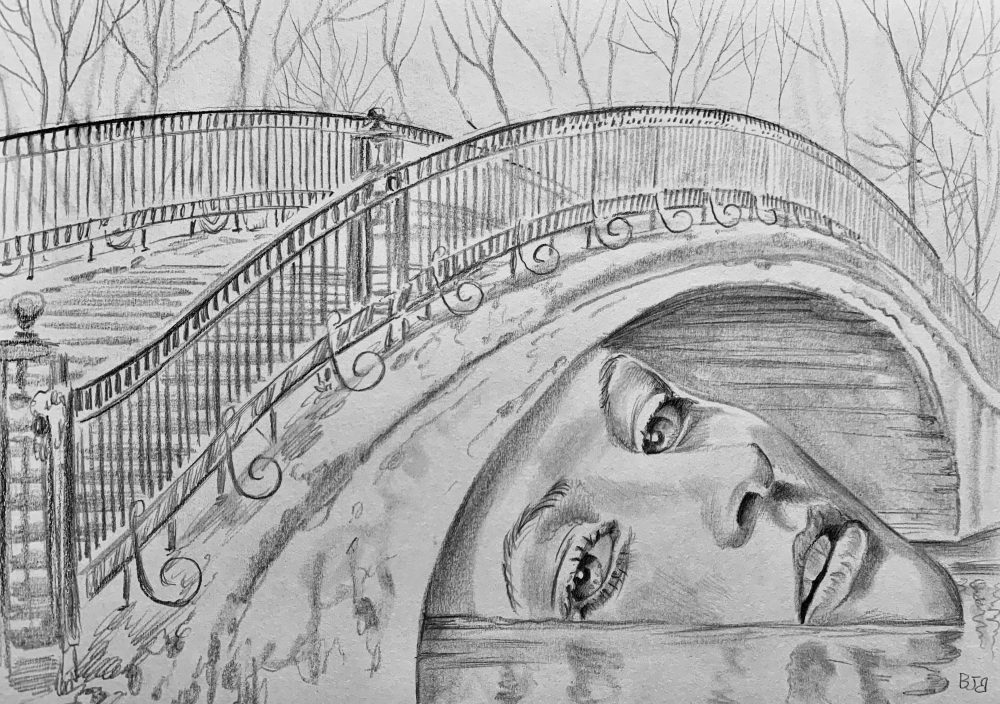 Portland’s nickname is Bridgetown. There are a lot of bridges. There are the old ones that everybody knows: Hawthorne, Steel, Broadway, and the like. Then there are the newer bridges. There’s a bridge made of pressure-treated wood that stretches from your middle school locker to your cubicle. There are several glinting metallic bridges that sprout from one high-rise to the next, smashing into crystalline windows, erupting into chaos before becoming a static skybridge between each column. There are a contorted series of rusted footbridges that spiral out of your bedroom window and meander toward your ex’s neighborhood. There is a misguided bridge that plunges into the Willamette River, skimming the bottom, emerging miles downstream in the Industrial District, and fish flop upon this bridge for a glimpse of what happens on land. There are bridges that lead to Seattle, arcing over the I-5, casting a shadow over the anti-abortion billboards that dot rural stretches between these two cities. There is a retractable suspension bridge that rises above Downtown, made specifically for easier access to the food carts, allowing you to walk around the corporate complexes and drop near plates of falafel and hummus.

The aforementioned bridges all make sense. They go places. They have a Point A and an accessible Point B. But there’s one bridge that doesn’t. It’s a complete fuck-up on the city planner’s part. This particular bridge sprouts straight up from Gateway Transit Center, offering a vertical impasse which some outdoorsy people dare to freebase. On the other end of the bridge, some say there’s another city—a cloud city or a parallel dimension city or a mirrored city. Some say there’s just mist and broken cinderblocks. Some say there are colonies of birds nesting at the top, forming their own communities and cultures. Some say its heaven. But mostly—if you ask those who have climbed the bridge—they say this bridge dead-ends into a twisted mess of road, hung mid-atmosphere, sprouting into a dozen new bridges.