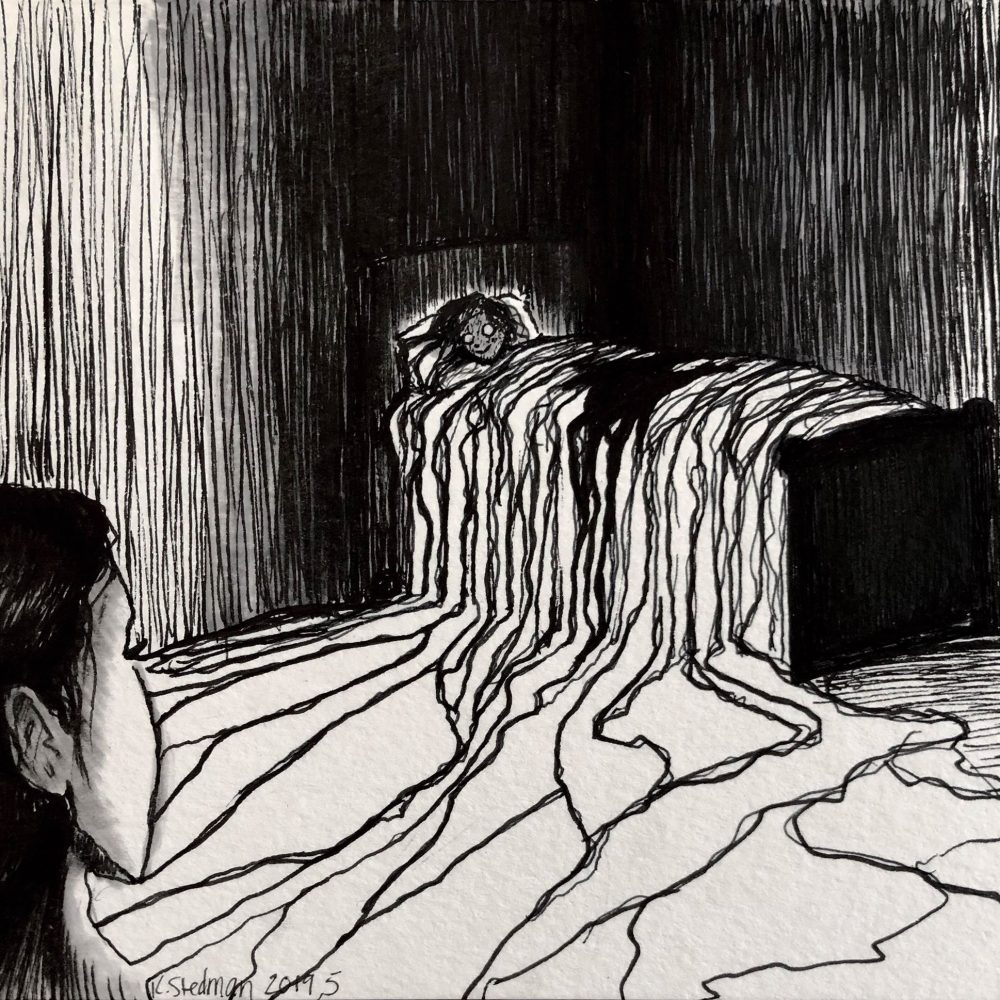 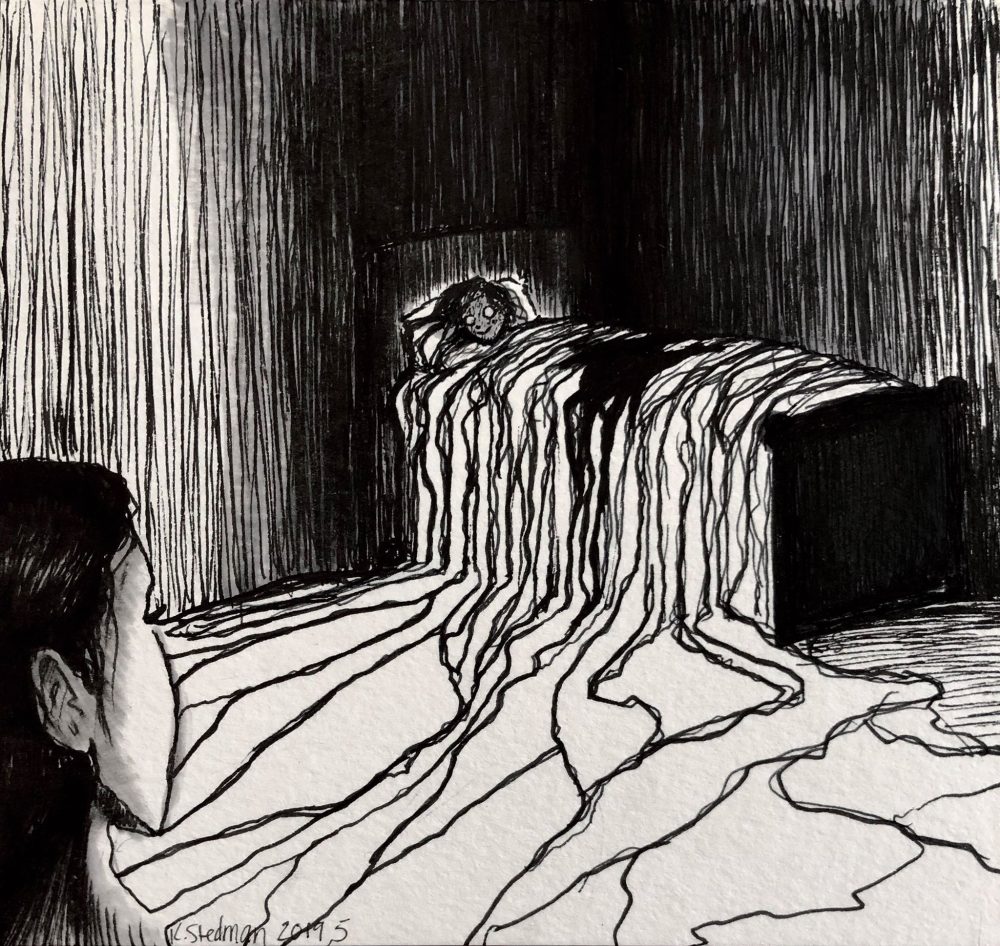 Arnie’s smelled like woman for ten months come yesterday. In that time, she hasn’t come downstairs. I bring Arnie her food four times a day, five since Charlie’s emergence, who’s oily like a vaseline covered piglet. But before oily Charlie, there was only Arnie in a state of perpetual prostration, in the bed she drips across and bleeds on.

I had told Arnie I couldn’t do it anymore, that as of a few weeks ago I had my own hemoglobic suicide to attend to, my first, and that it was gushing from me in clumps and pulling itself out of my cracks. I looked down at my body, because Arnie doesn’t believe in mirrors, and I touched my little chest and little smooth legs and pet them slow like a pussy, terrified at the un-sewable ruptures intersticing what used to be porcelain, and I put the cream of wheat on a tray. I set it next to Arnie and told her it was the last time she should expect me, that I needed fresh air which didn’t reek of her, but she rolled toward me and I saw her belly and I saw that belly and when I saw it, I knew I couldn’t run.

When I closed my eyes at night, Arnie’s sweaty figure on the sheets gurgled around my pupils like she was circling my drain, and I still believe this is what infected me. That the constant exposure was conditioning my mind to condition my body to morph, perverting me with its terminal bloatation. I put the heels of my hands into my eye sockets until it was painful, smothered myself in pillow, trying to think of anything else besides her oceanic caverns, her massive breasts straining toward the ground, the lightning bolts rupturing her overworked skin, her fur, ache, curve, resignation, and I cried out in terror, waking the baby.

When I pulled Charlie out of Arnie, he stayed connected to her from what appeared to be a portion of Arnie’s intestine, and dripped with her insides. She asked me to cut the tie, and put the baby into her droop. She shined at me like a sun, and I screamed at her that if she looked in just one single mirror she would see that she needed help, that she is becoming a beast with some parasite or cancer, but she serened at me like glass, and told me that this is how I came from her, and this is where I was going.

Before I cut the tie, before the eruption, I would rub Arnie’s tumid ankles, prop a pillow under her engorged neck, spray air freshener around the room, and spackle vitamin E salve over her chinks. I would brush her hair, wipe her sheen, lather her folds, and when I left my duties, I’d lick my own wounds downstairs— the stomach heaves and double-overings, vacuum up my blood, not expecting help because Arnie was too busy being submissive to her own anatomy.

The worst part about Arnie was how she went down with her legs spread open and without a fighting chance. The second worst part was the size, the way she oozed over the side of the bed like a hopeless goop, like a balloon how she swelled and grew and bulged. But no, the worst was the complicity, I hated that, her on her back, the passivity, like a cog in some subservient sacrificial cycle, bellying, excreting, ecstatic moaning and painful yipping, it made me cringe to the bottom of my toes. I hated her tears of joy, most of all, on a face that looked like mine. And all of her sluice.

Audrey Lindemann is a student and research assistant in the English department of the University of Notre Dame. Her satire is housed in Queen Hob's Tea House, and her chap of post-Internet poetry I have compiled 14 gay love poems was published by SPAM Press in 2019.