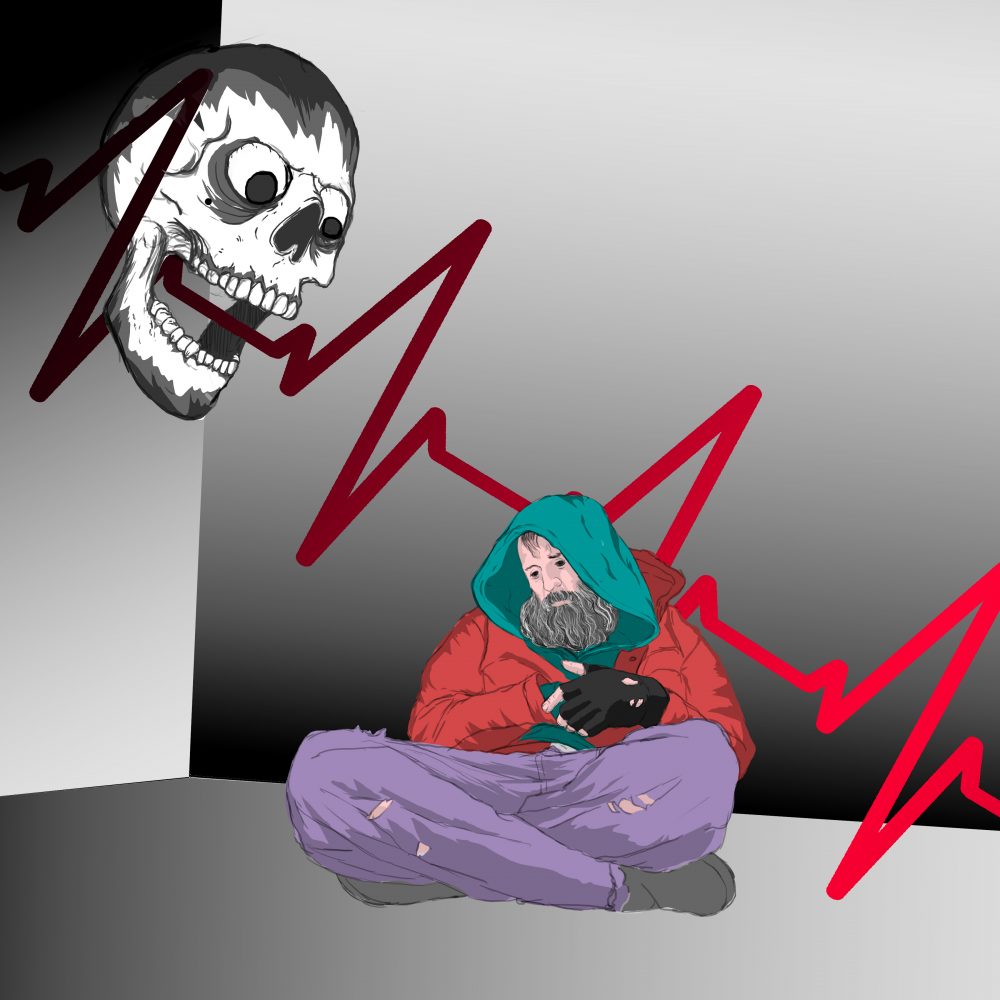 Lips drooled and eyes, well they were askew, like there was sun to squint through.

It was night and dogs were wailing at the wind.

A man walked through streets wondering if his penis was impressionable because it had soared up and swept into another man’s mouth, while his tightened wife was searching for parsley to layer on top of their pork roast. She did love the look of her greens. They rasped and scrambled for sky until she guillotined necessary overachievers into a rich lack of disparity.

Two instincts were recoiling when a girl was told the chemo was unsuccessful, when actually it had spent a year rolling her toward the tomb. Her estranged bowels had insisted that she quit her job and leaf through a buried life of broken clocks, toilets, and herself. Wasn’t there another place to search?

He realized he was shaking more and his right hand wouldn’t do what he said. Soon gravity called him by name and his body was underwater with rippling skin swaying on waterlogged feet. His dance was violin-shaped as the world bent under his weight. The hollow tracks of his bones loosened the streets. The sky was red and swollen. He was peopled with gestures that did not bury themselves.

The pork roast, satin in its pink skin, waited for the knife.

Meg Tuite is author of four story collections and five chapbooks. She won the Twin Antlers Poetry award for her poetry collection, Bare Bulbs Swinging. She teaches writing retreats and online classes hosted by Bending Genres. She is also the fiction editor of Bending Genres and associate editor at Narrative Magazine. http://megtuite.com