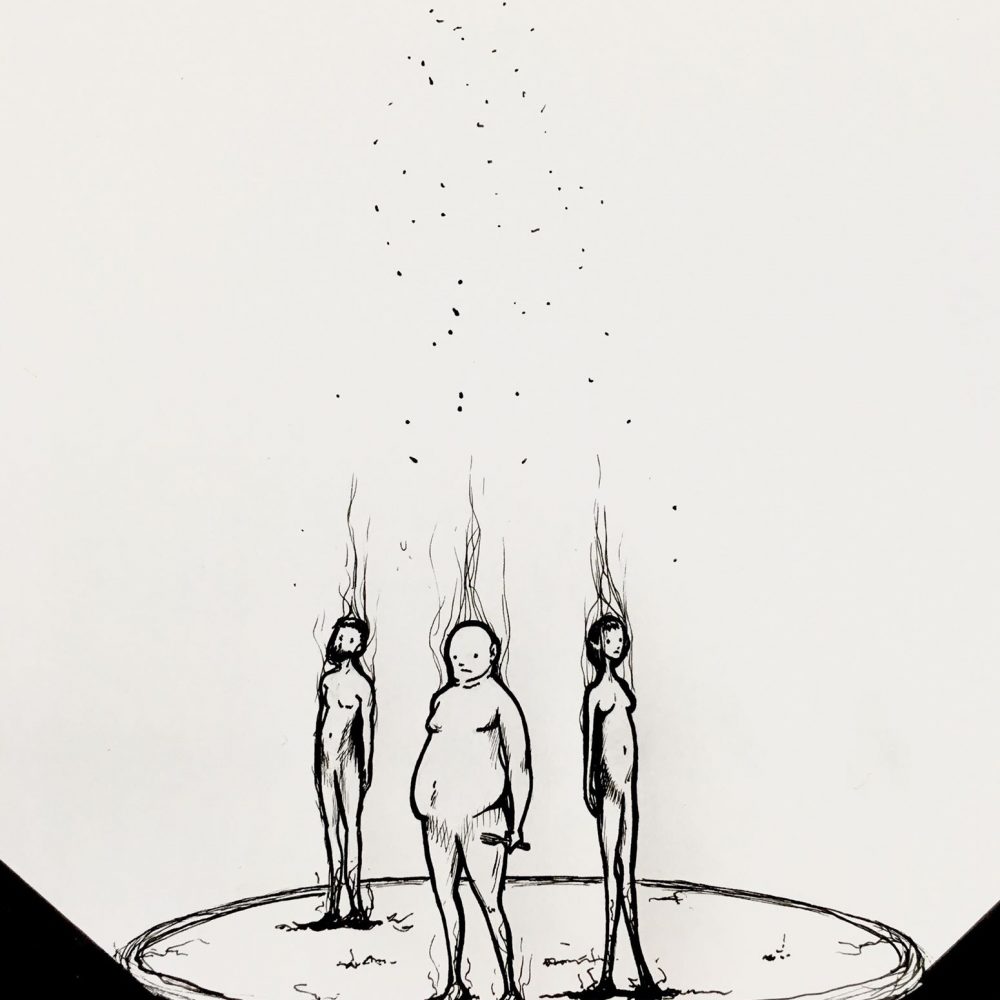 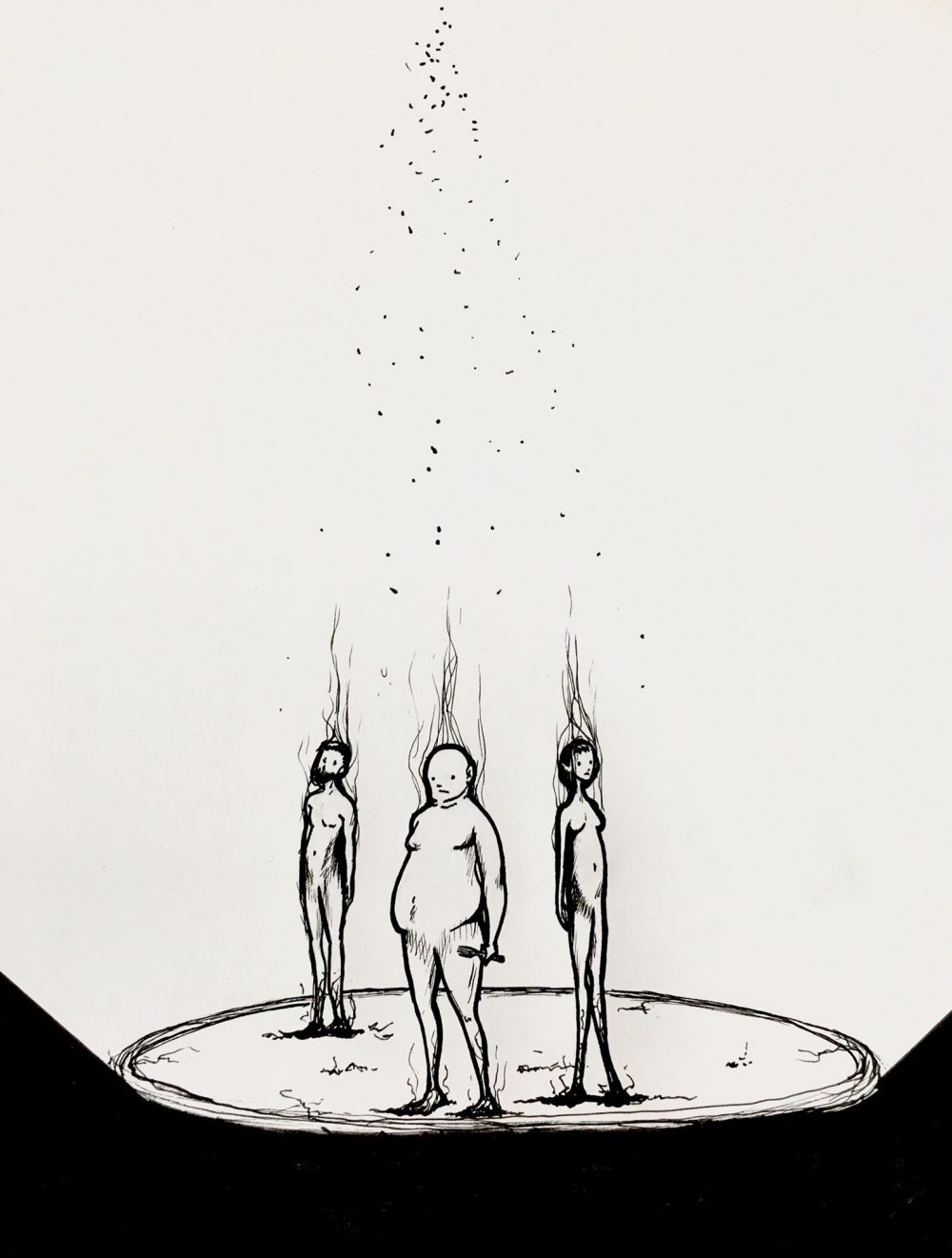 Hey, you atoms, align yourselves or get out of the way. Don’t challenge my dedication to the art of perfecting yummy victuals that people want to push into their food-hole. I endure the fundamental impermanence of my craft: every masterpiece I’ve created has been deconstructed by a stranger’s digestive system. “Je suis désolé que ta vie suce” — as I was taught to say in culinary school so many years ago — “Sorry your life sucks.” My habit is to light a new cigarette from the ember of the last; the burner’s flame gives tobacco a gassy tinge I find offensive.

I’m the conductor, a recipe is the manuscript, ingredients are my orchestra, my stove is the stage, the kitchen is my theater, and hungry diners are the audience. Cookware is the local stagehands’ union. The critics are, well, the critics. As long as the atomic particles do their job and in just the right amount, each calorie will be scrumptious.

Although I began my epicurean adventure at an early age, future success was not always self-evident. A harsh childhood best forgotten; its days spent in punishment for crimes such as confusing Bavarian endive with Batavian endive; the nights I was abandoned in utter isolation except for the rendered essence of scullery funk on my pillow, which my tears over-seasoned. Despite all of the hardship, or perhaps because of it, I matured into a gastronomic savant who is lauded by dozens of admirers.

I’d spent years studying sauces, including a week devoted solely to analysis of the classic profiles “sticky” and “murky.” Learned to use salt as a weapon of war. Hours of practice with the goo we squirt or drizzle or spit onto plates, all under the pretense of decoration. This evening’s balsamic vinegar reduction was last month’s diet cola. That’s not ground black pepper on your salad. We must never discuss what goes into soup.

The same as you, I was shocked by recent news reports about a famous bonne vivante who starved herself in an attempt to understand more completely the opposite of deliciousness and/or contentment. She perished before she could communicate her conclusions. No one was able to recollect the style, flavors, or presentation of the cuisine served at her Celebration of Life.

Am I an artist, or a brand? Let us collaborate. For you tonight I have prepared a pan-seared New York strip sirloin steak that smells like burnt hair. The protein is crowned with imaginary onion strands and served sizzling on a bed of nothing. I am the chef; your task is to develop promotions that market my entrée to discerning patrons of stinky meat. Be reminded — when you taste something, it tastes you right back.

This one time only, I lend you my genius: take a single lie you told your boss this morning, add something an acquaintance said in passing, and sprinkle a few television program snippets. Tumble these components loosely in the manner of concrete aggregate. Insert yourself as the story’s protagonist and spend time describing the ensuing events, if there are any…or even if there are none. Let us call the whole approach a “campaign,” and if it springs back after a light touch, you’re done.

A dull knife is more dangerous than a sharp one, but someone’s going to lose a finger no matter what. I’ll be here in my usual spot, flanked by stainless steel, brain bound up in a sweat-shiny hairnet, as I await your explanation of how everything works. My atoms are tingling.

Michael Grant Smith wears sleeveless T-shirts, weather permitting. His writing has appeared or is soon to appear in elimae, Ghost Parachute, Longshot Island, The Airgonaut, formercactus, Riggwelter, The Cabinet of Heed, Ellipsis Zine, Spelk, and other publications. He is an editor at Longshot Press. Michael resides in Ohio. He has traveled to Hong Kong, Shanghai, and Cincinnati.