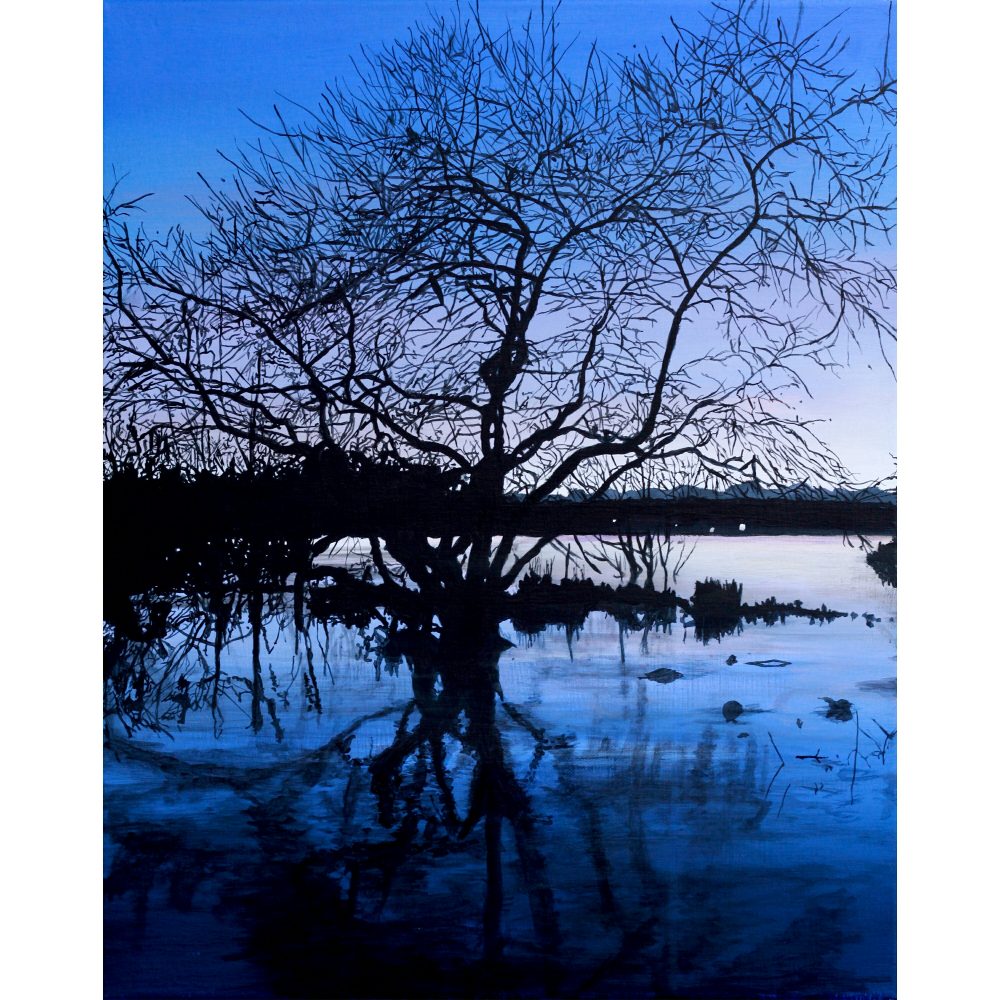 In the tent we listened, afraid to breathe. Afraid our breath would strengthen the twisting winds driving over the ridge and through the cut roads where the Oak leaves hissed at a sky the color of coal. Thunder buried me deep in my sleeping bag, all the way to the bottom, and to the retch of last summer’s sweat hanging thick as crawlspace cobwebs. My sister succumbed to the fit of giggles that seemed to overtake her whenever my fear spilled out beyond my fingers, or the whisper of my voice.

The wind beat at our tent—We’d sat through storms like this in Florida: the lightning, the thunder, the moan carried by the wind of a tropical depression. But we’d moved since then. Been dusted over by the gusts of Texas until our tan skin turned pink. And this most recent move, to Tennessee, a place where the mountains and the plains drummed up afternoon soakers within a matter of minutes and then left even the bricks sweating once they’d passed.

The rain wept through the threaded seams and the sharp-toothed zippers, breached the mosquito screens, and gathered in the tarp where it leached in from underneath us.

The things I wanted to say as the water pooled at my ankles. The wind took them all from me before I could let them loose. My sister nodded, her head poked through the mouth of her sleeping bag. Wind or not, she’d heard me clear enough.

As much younger children, we’d shared a bath on summer evenings once a week. With the window open and the plum sky swallowing the light of the sun, we splashed and made squeaking noises the way we had heard cartoon dolphins do on the television. My sister kicked waves with her feet pressed tight together. I slipped and floundered, clumsy in the water and choking when my head went under.

“You’ll drown acting that way,” she would say. Then, “I’m sorry. It’s harder for some people. For some people, it goes against their nature.”

The rain turned fierce and tore needle prick holes in the canvas overhead. I heard the crack that timber makes when it falls. By now, the water had risen waist deep. My sister reached for the zipper on the front flap.

A rush of water poured in as the front flap tore open. No trees. No hills. The house we’d known for the last year no longer there. Nothing but water and driving wind.

The waves pushed us toward the sky, then pulled us back to where jellyfish could be seen, clear as if they were printed on wallpaper. Hundreds of them, massed together, their bodies hiding nothing, showing everything on the inside.

As if on cue, the rain stopped.

Our tent rose and fell in the sea that surrounded us.

My sister slipped out and into the foam-capped tide. A wake of bubbles from her kicking feet shone marvelously under the stars of a clearing sky. I could hear her call—the high-pitched dolphin whine.

I began to sink.

Huddled in the bottom of my sleeping bag, I felt the warmth of the water all around me and waited to be reborn.

Jonathan Kosik has been fortunate enough to have had work published by 50 Word Stories, Nighttrain, decomP, Monkey Bicycle, Glossolalia, Clapboard House, Bartleby Snopes and had a short story included in two collections published by Burrow Press: Fragmentation, and Forget How You Found Us.