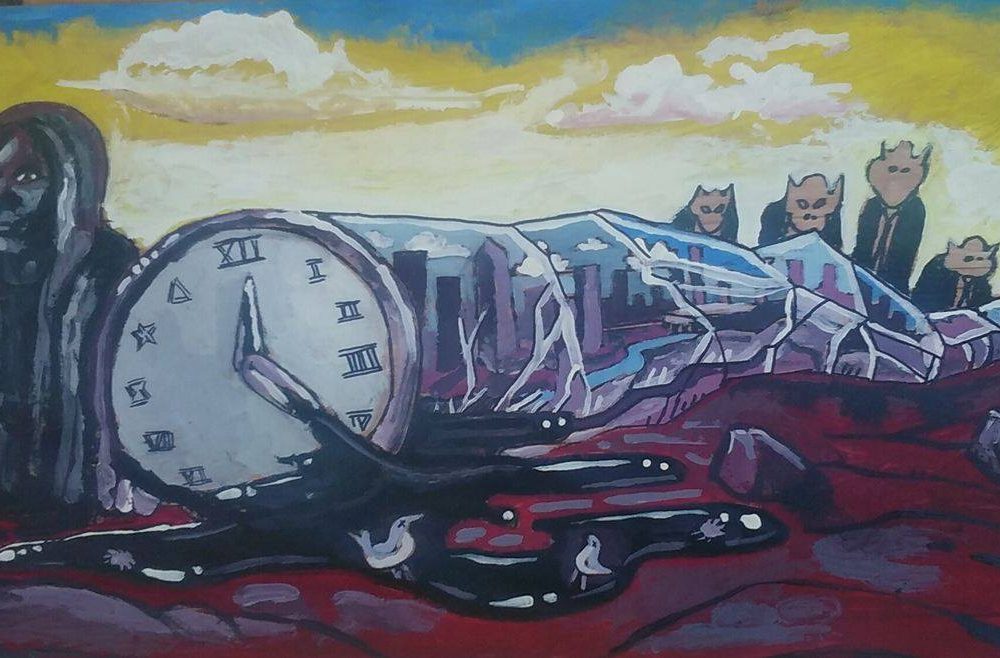 Four o’clock in the morning. I wake, just as I do, every night. Doesn’t matter what bed. God damn clock, blinking itself at me, 4:00 a.m.. Never earlier, never later. I try to drug myself. Try to drink myself stupid, bed at 8, bed at 2 a.m., bed at 3 fucking fifty eight, asleep the moment I close my eyes, the shriek of all the night noises filling my head like a freight train, then pop. Silence. Eyes open. Four a.m..

You can’t imagine what that is like — as long as I can remember, always being awake at 4:00 a.m. You think you can, but you can’t. Maybe, before my memories began, maybe I slept through the night. Maybe I didn’t, and that’s why my father left. Why my mother went mad. Why I shuffled from one foster home to another. Fifteen, and I left. Happy birthday me, I got the whole wide city streets as my home. Wasn’t so bad, really. At least I didn’t have a clock blinking at me every 4:00 a.m. But I still wake. Clock in someone’s window, 4:00 a.m. On thebank, 4:00 a.m. I don’t even have to look now. I know the placement of the stars at 4 a.m. I know how the city sounds, shifts its voice, doppler sweet.

Being outside, the other shiftings come clear. I hear them too. All the animals, the bugs, the rats, the cockroaches, they all go silent for an instant. Like the whole damn planet is on a loop that resets at 4:00 a.m., and I’m the only one to hear it.
Why? I try asking. I get blank stares, or concerned glances. Insomnia, you say. But I don’t have trouble sleeping all the other minutes of the day. I once stayed up for five days straight, to see if I could get myself that tired, to see if I could sleep through. I slept 20 minutes, and you guessed it. Eyes popping open at 4:00 a.m..

So there’s the reset of the city. There’s the doppler shift, a blurring that you think you don’t notice because it’s 4 a.m. and your eyes are tired. But that’s not it. It’s not my tired eyes. That time I stayed up five days straight, I started to hear the other noises. The non-patterns. I tried recording it, but it was too soft, just sounded like static, like buzz, like cicadas and bullfrogs, like water lapping and rain falling. But it’s there. I see it. I hear it.

I gave up trying to sleep through 4:00 a.m. I stay awake. I take notes. I pay attention. I don’t dismiss the shadows coming from the corner of my eye, the blink and blur. And when I pay attention, I catch the patterns. I count the days. I listen
until it sounds like language. I categorize. There’s a bloody fucking call and response, the call across 67 days, the response across 92, repeating, 67, 92, again. I track it, encode it. I travel to other cities, other time zones. Always, 4:00 a.m., no
matter where I am. The shift, the pause, the reset. Everywhere, the texture of the sound is different, but the patterns are the same. The voices of the cities. The hauntings of the alter side.

You sleep. If you wake, if you hear it, you tell yourself it’s nothing, tell yourself you heard nothing. A mosquito. A fly. Explain it away, and go back to sleep.

Time to face the clockmaker.