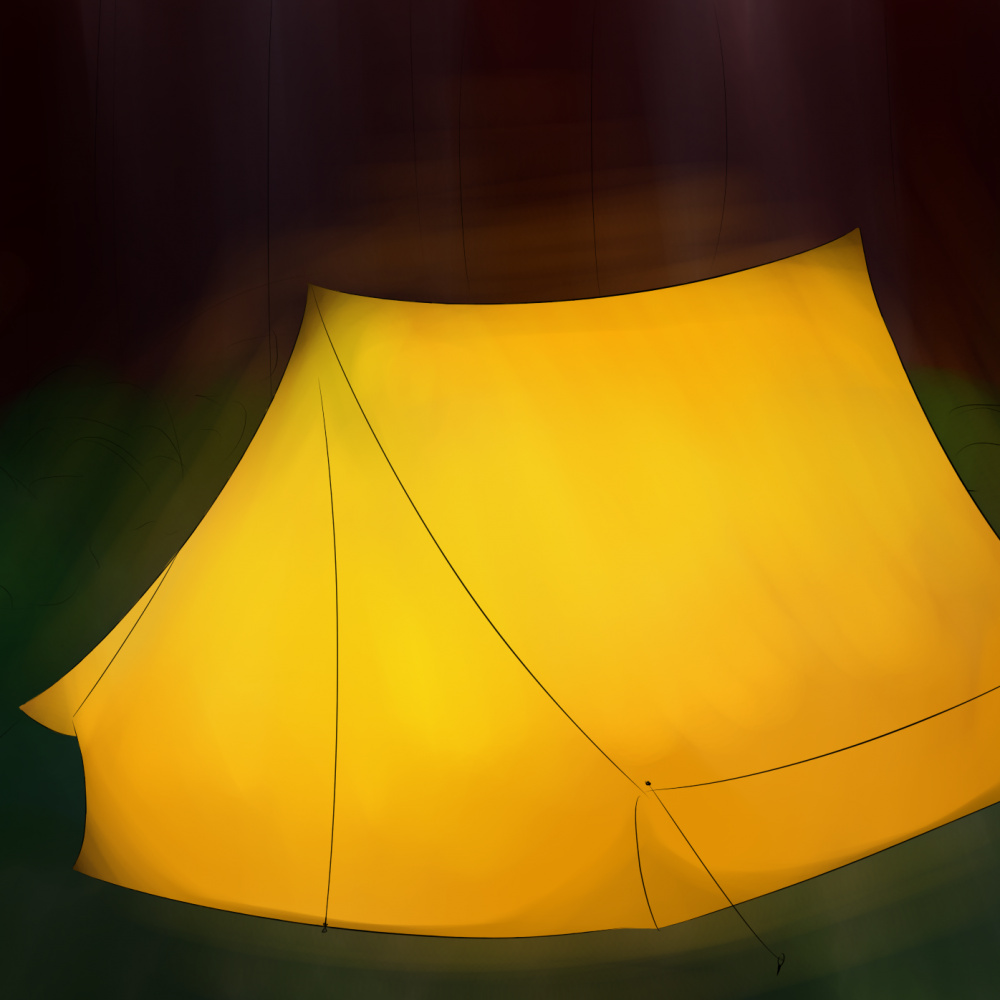 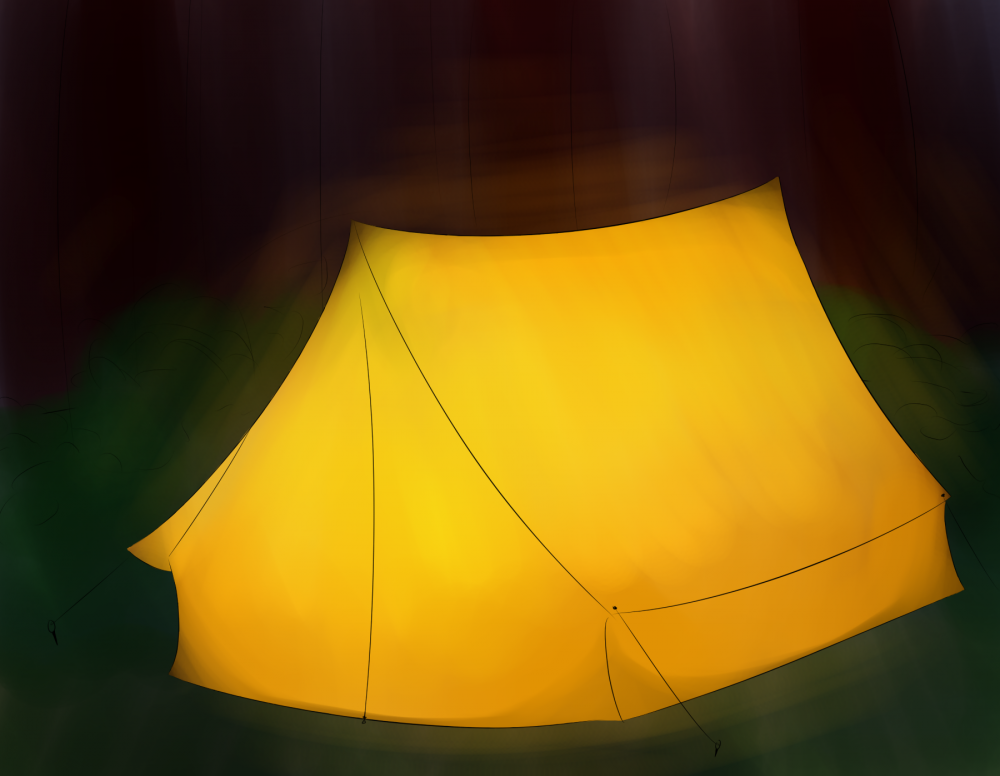 We were at Boy Scout camp, and it’d been six days since either you or I showered. No one had noticed that I had gone so long because I sometimes swam in the pond’s dark water. But, everyone knew about you. Soot blackened your fingernails, bug juice stained your smile, and grease clumped your hair. Even the mosquitos stopped targeting you.

Neither you nor I had even got our Tenderfoot rank yet. We weren’t even in high school. We were sort of friends—moderately pleased if a teacher put us in a group together, but we rarely talked outside of scout meetings. We were bunkmates though neither was our first choice.

For the past few days, I’d heard murmurs of dragging you out of our bunk and forcing you into the shower’s cold water—a joke with the older kids that spread through the troop, growing in plausibility until it felt like only a matter of when. I didn’t tell you. Half of me assumed you already knew, and the other half was sick of boys holding their noses when they walked past our tent. It was mostly an exaggerated joke, but, between the two of us, there was a damp, sour smell that took a few minutes to adjust to. If I had any other bunkmate, no one would have noticed. I barely talked to you anymore. We spent too much time together, and I blamed you for the jokes.

It was the last day of camp. Everyone’s parents would be picking us up in the morning. One of the older boys invited me into the forest along with him and a few others to smoke hand rolled spliffs, the tobacco and marijuana acquired through an older brother. I wasn’t the type of kid to get asked to break rules. I was a pastor’s kid—the type of kid who guarded the answers to my test with a wall of folders. I knew this was about forcing you into the showers.

“At this point, he’s breaking the Scout Law,” the Scout Master’s son said. “A scout is fucking clean.”

A seventeen year old Life Scout with a wispy mustache said, “He looks like a damn animal. He doesn’t even seem human.”

I didn’t say much, didn’t even smoke, but I promised I’d force a tube sock in your mouth before they rushed the tent that night. Trying to stop them would only draw attention to me. Part of me wanted to see you humiliated.

That night, after the bonfire, I waited in the dark for your breathing to slow to a quiet snore. I crawled out of my sleeping bag already wearing a black shirt and my darkest blue jeans and sat waiting for the signal. Before I heard a bird call that wouldn’t have convinced anyone, I heard their footsteps—a crunching of leaves and snapping of twigs. I stood over you, and for a moment considered shaking you awake and telling you to make a break for it. But they would have known it was me, and I knew how boys like us acted. By the time we made up our minds that there’d be violence, it was already too far.

When the call came, I pulled down your jaw and shoved a clean sock in as far back as I could.

The older boys threw open the tent flap and pinned you to the bed. You writhed and wiggled, but there were five of us. I pinned you down by the shoulders, leaned in close to your ear, and I told you to quit fighting it or we’d kick the fucking shit out of you.

We carried you down the gravel path lit only by moonlight. When the wooden building that housed the showers could be seen in the blue glow, you stopped struggling. You must have given up, felt resigned. Your weight still felt heavy.

Inside, we didn’t set you down. We dropped you onto the smooth concrete. One of the boys had a pin flashlight. You pulled the sock out of your mouth and said you’d shower—it wasn’t a big deal. But by now it wasn’t about being clean at all. It was about violence and being noticed and lacking luck. It was about something that you can’t quite put into words. Something about controlling another.

You stripped off your clothes. You piled the clothes in the corner and turned on the shower, not even wincing at the cold water. You lathered and washed like you weren’t being forced. I’d never seen a naked body in person before, not even a family member by accident. In the shadows you looked like a corpse. The older boys were right: you looked less than human.

But they wanted the struggle, to force your screaming head into the stream as you pissed yourself. Even I felt it, until I couldn’t bear it anymore. Your back was to us. I balled my bony hand into a tight fist. Without form, I hit you in the back of the skull as hard as I could. You collided with the wooden tile wall with a thud. My knuckles felt broken, but it didn’t matter. We turned off the water, pummeled you, snorted like hogs at you, spit on you, turned the water back on, and hid your clothes in a rhododendron bush outside. Grime and soot and worm guts and sweat and urine and blood swirled down the drain. Given the chance, you would have done the same to me.

Brendan Stephens attends the PhD in Literature and Creative Writing program at the University of Houston. He earned his MFA at the University of Central Florida. Previously his work has appeared in the Southeast Review, Carolina Quarterly, Black Fox Literary Magazine, and elsewhere. Even though he still often plays guitar, he definitely peaked around five years ago.

Elise Silva is a young, upcoming artist from Texas, aspiring to someday have her own webcomic. While she’s been drawing since she was little, she only recently opened up to sharing her drawings with others, even going so far as to take commissions. For now,  though, drawing is only something she can do in her free time.