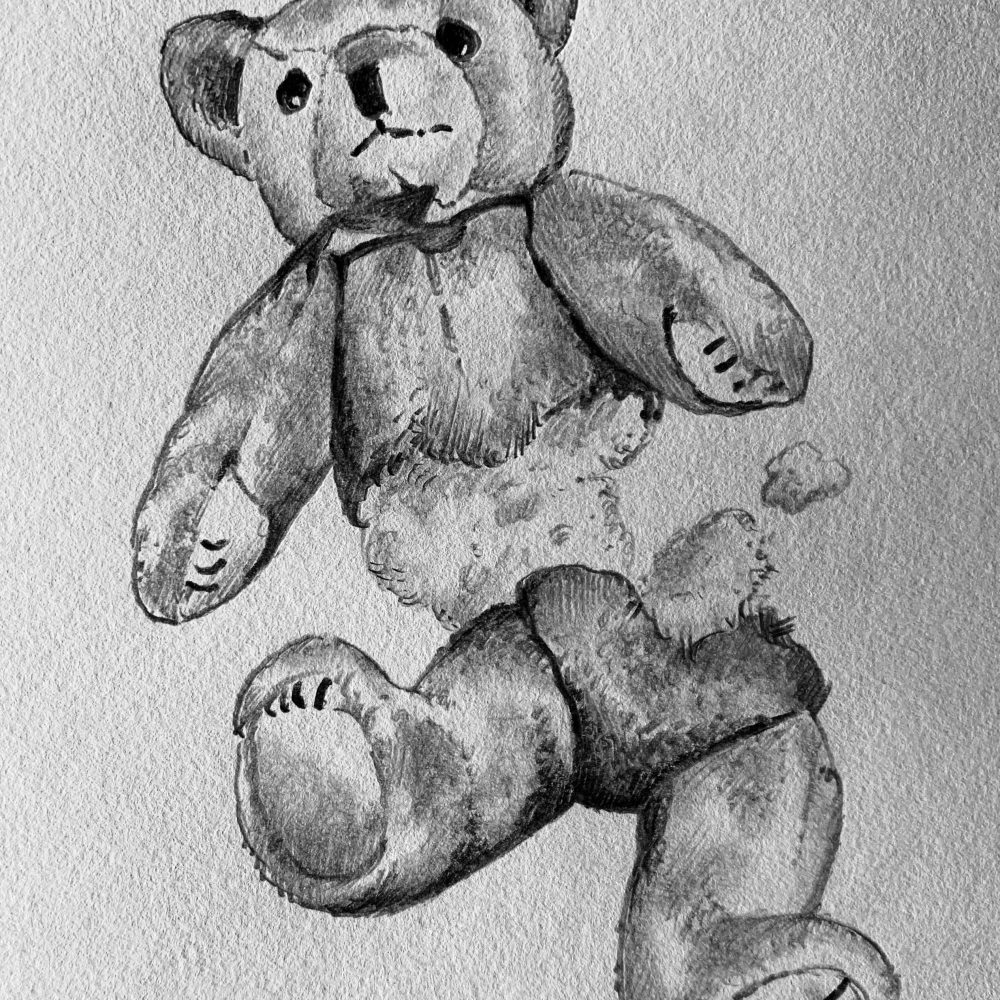 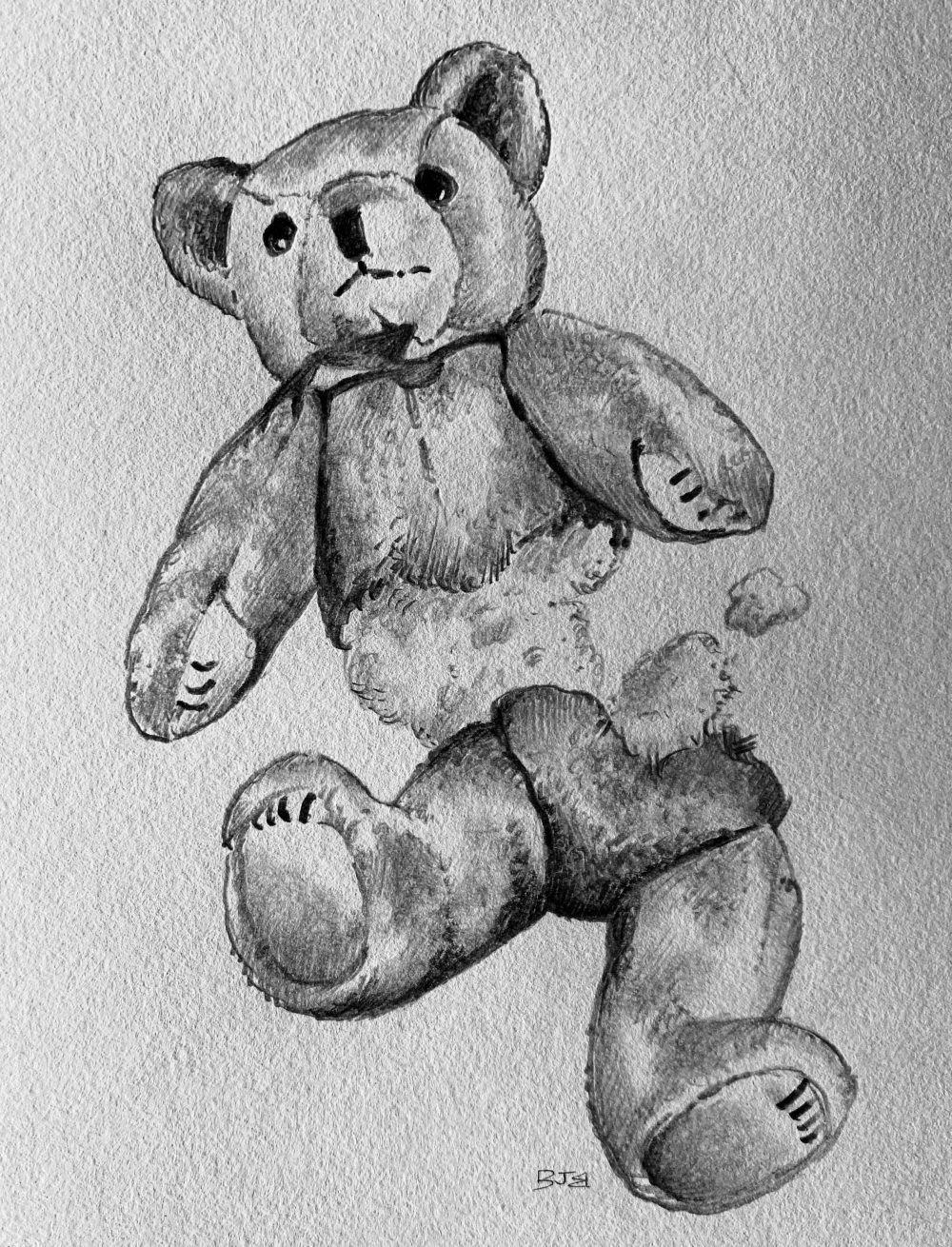 Curtis is tired of staring at the ceiling in his moonlit bedroom. He glances at his wife. Her Cleopatra eyes are closed snug. Unlike his, which moments earlier had imitated a startled lemur when the ladder he’d left propped against a tree in the backyard had fallen against the house below the bedroom window. He envies his wife’s ability to block out the world and sleep through the night, though his early slumber snoring might eventually wake her. He slides out of bed and shuffles down the hallway toward the refrigerator, glowing cell phone in hand.

Sitting down at the kitchen table with a cold slice of pizza and a breadstick wrapped in aluminum foil, he expects one of his three young children to zombie-walk the hallway any moment, as if a switch in their stomach is connected via Bluetooth to the light inside the refrigerator. He thinks about grabbing a can of soda from the pantry, but the pop-top pressure release will surely wake every occupant of the house. He settles for the water in the half-empty cup sitting on the table in front of him. Age and origin unknown. The mouth of the cup is too small for the cat to fit her head into—even so, he’s not sure he’d care.

Glancing down at his cell phone, he navigates to email updates. Not that he’d be upset if there weren’t a note from her, but he looks forward to Avery’s messages. They’d “met” during an online poker tournament a year ago. She lives five hours away, somewhere in Jersey—a safe distance to flirt without expectation, until recently. Both realizing they had stumbled upon a bottomless well of acceptance while on the brink of dying from dehydration, they had told each other too much too quickly, but it had all come naturally—from his favorite music to the size of his penis, he just couldn’t help himself. She had responded with intimate details about herself that Curtis’ wife wouldn’t leave him for knowing, but he imagined her breaking a chair. Waking up earlier every morning to check his messages had ensured their dining-set remained intact.

Two days ago, though, he’d awoken to a voicemail from his estranged sister—on the run from one abusive relationship to the next since she was fifteen years old. Now thirty-five. She’d been arrested in Soho for shoplifting.

“If you post bail this weekend, I could be out by Monday,” she pleaded.

It had to be with a local bail bondsman, though, and whether they’d accept a credit card over the phone or not, his sister was a flight risk. Cash-in-person was his only option.

He’d casually mentioned the trip to his poker buddy. Without hesitation, she’d invited him to meet for lunch. His reply was honest—not sure if the timing would line up. Ever since their rapid-fire-delete message exchanges had begun, he’d been silently chanting promises not to break his decade-long run of faithfulness to the mother of his children, even if she’d given up on enjoying sex after their first child was born. However, he can’t stop imagining Avery on her knees, him holding her long blonde hair back while she sucks his dick in the bathroom of the chic café where she’d likely choose to meet him.

While scribbling the address to the bail bonds location closest to the jail where his sister is spending the weekend, his phone buzzes. Avery.

“Looking forward to lunch,” she said, closing with a wink emoticon.

He chuckles—always amused by her confidence and presumptuous nature. His response is playful but purposely vague. Moments later, his four-year-old daughter appears in the dining room holding the top half of a small stuffed bear.

“Don’t worry, honey—as soon as I get home tomorrow, I’ll fix it up, or maybe one of Pinky’s cousins will come to keep you company instead.”

Half asleep, she seems to accept the consolation quicker than usual. She wanders into the family room, plops down on the worn green couch, and curls up with her fluffy, purple “blanksy” (her word) while he turns on her favorite morning cartoon.

Curtis opens the back sliding door for Milo and follows him out to greet the morning. Rays of faint sunlight stretch in wide bands thawing the frozen grass at the pace of the Zamboni he’d operated at the local ice-skating rink as a teenager—his holiday job through high school. Milo runs circles around the frost-sparkled bushes lining the stone path Curtis had laid last summer.

“That’s the wrong color stone,” his wife had said upon arriving home from work that evening.

Becoming a stay-at-home parent because his wife’s job paid more and offered better benefits had been fulfilling. But in his wife’s eyes, he feels like nothing he ever does is good enough. Most of her attention goes to the kids at night—the rest to her friends and sister. His fellow stay-at-home Dads are so swamped they rarely, if ever, have guys-nights-out anymore—sometimes just responding to a text message is more than any of them can muster. But Avery is always at the ready with a witty and distracting reply. Despite being surrounded by a three-ring-circus all day, she makes him feel less alone.