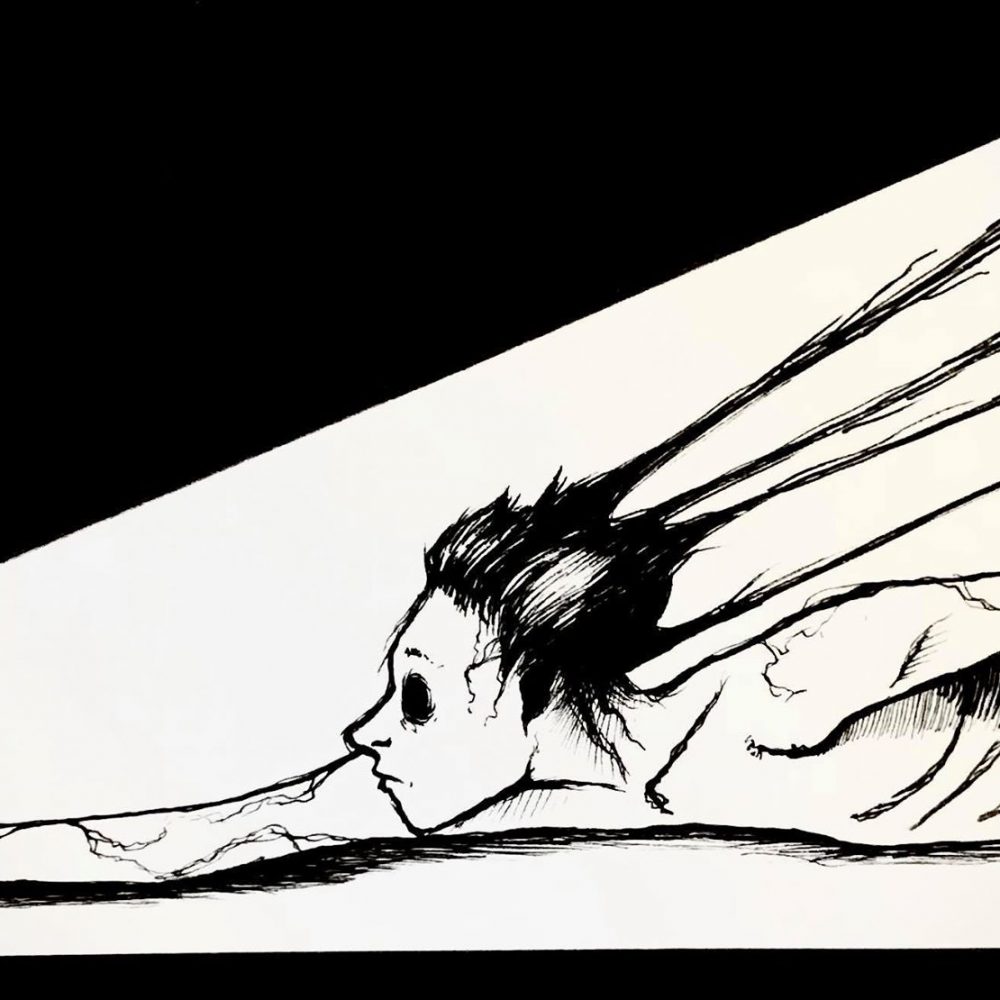 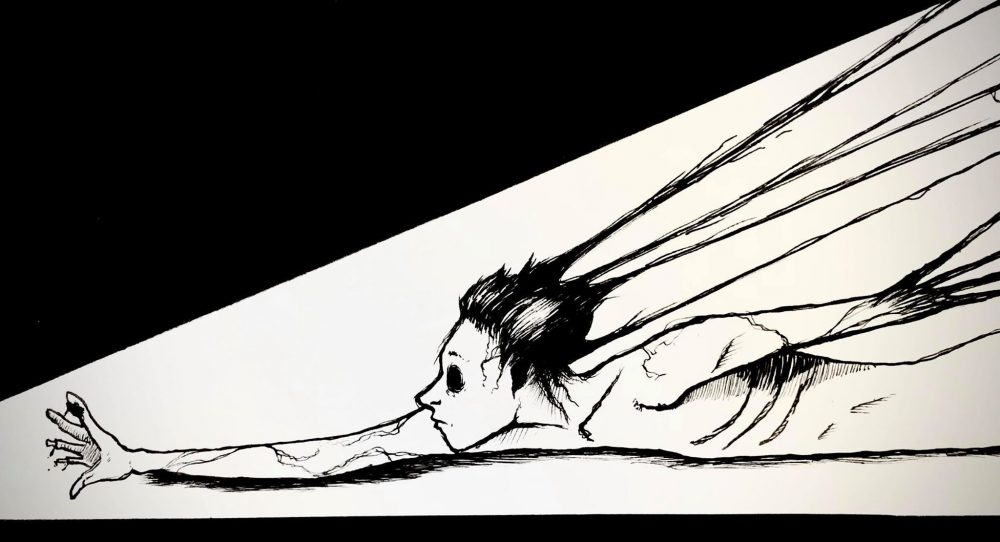 At twenty-seven my body began to vanish. First it was small things I barely missed, like the runty little nail on my left pinky toe, or the shaggy coat of hair on my right calf, but after a while more important things started disappearing. Soon it was the disk of cartilage in my left knee, the pad of fat sheathed within my right heel. And as if that wasn’t enough, each time something vanished, I would suddenly wake up on the concrete floor of my basement with no memory of how I got there.

It was summer. I was still living with my parents then, not sure of what to do with my life. In college I’d studied anthropology, and during those years I’d dreamed of someday traveling the world and immersing myself in the different cultures of mankind, but by the time I graduated I was already thirty grand in debt, so that never panned out. Instead I spent the next six years sliding gallons of milk into metal racks in the forty-degree dairy cooler of my hometown Value King supermarket.

Later, once my body started vanishing, I realized I’d had enough of that cooler, so I quit the next day.

My parents went to London for vacation that August. At the time I hadn’t yet told them about my vanishing body, so they let me stay behind and house sit.

While they were gone I looked for a new job. I was so sick of living at home and feeling like a failure, so I scoured the internet for something full-time and sustainable, something that would finally let me escape the prison that was my parents’ house.

A few days later I got called in for an interview at the Topine Free Library. The interview was for a full-time library assistant job, and it was the only paid position available that didn’t require a Master’s degree, so for once I was actually qualified for the job I was applying for. By then my entire right leg was gone except for the skin, but I didn’t care about that for the moment. The only thing that mattered was my interview. So to help me get around my buddy Colin let me borrow a pair of crutches from the hospital where he worked.

Around eight-thirty on the morning of my interview, I crutched into the kitchen to grab some milk from the fridge. Moments later I woke up in the basement. When I tried to stand up, I discovered a bag of empty skin piled in the place where my left leg used to be.

Now the severity of my situation finally set in. I tore through my flattened pockets in a panic, searching for my phone. Then I remembered: I’d left it on the dresser in my bedroom upstairs.

From here I tried to calm myself with some deep breaths. When that didn’t work, I lay back on the cold concrete and stared up at the ceiling. There I saw the bones of my missing toes bracing the sagging pipes above. I saw the fibrous ropes of my tendons holding the furnace’s tube in place. I saw the pad of fat from my heel jammed into a leaky crack in the wood.

For the next hour I looked around for the rest of me. I wasn’t able to find everything I’d lost, but by then it didn’t matter because I finally understood. This place would never let me leave.

Steve Gergley is a writer and runner based in Warwick, New York. His fiction has appeared or is forthcoming in Cleaver Magazine, Hobart, Pithead Chapel, After the Pause, Barren Magazine, and others. In addition to writing fiction, he has composed and recorded five albums of original music. His fiction can be found at: https://stevegergleyauthor.wordpress.com/