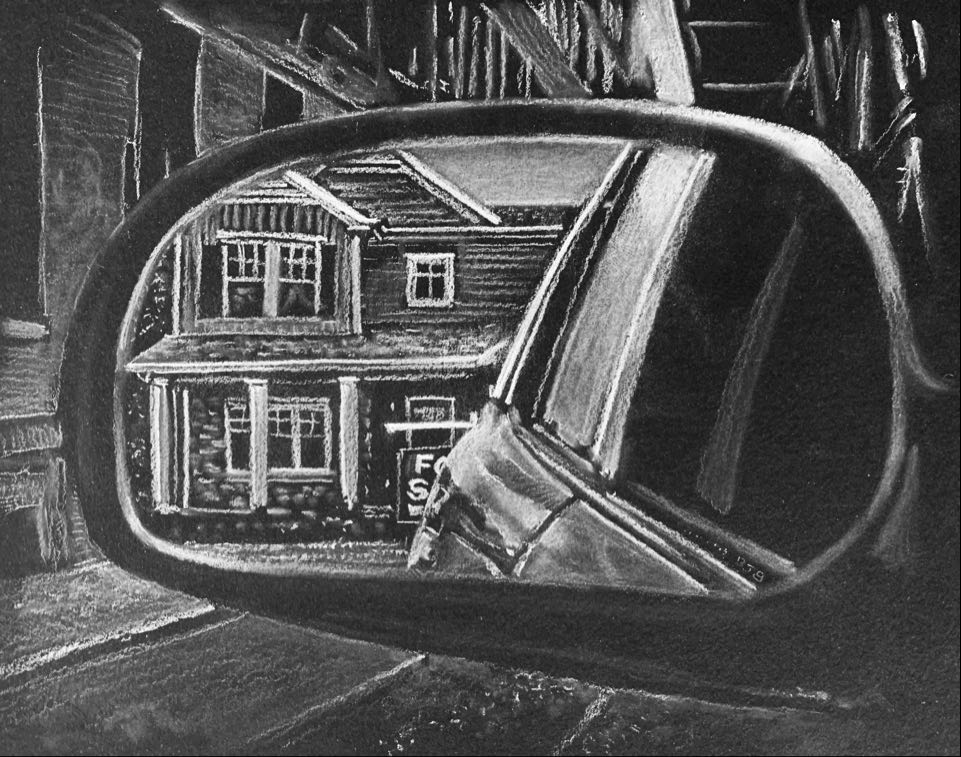 My ex wants to lower the price on our house, I guess so it will sell.

I use that word, anyway.

She takes it, I know, as me being funny, me doing something to cast our dealings in vaguely ridiculous light. Which is probably accurate. I mean in terms of my goal.

I’d probably rather give commentary on this moment than have to live through it.

“Five,” she says. This in response to me asking how much she would like to come down.

I muse on the question of why she won’t say it in full. Because ‘five’ by itself can get me to ‘thousand’? ‘Five’ is enough? Because each word she has to give me here takes something out of her? Or because ‘thousand’ is hard, being closer to ‘dollars,’ being closer to time and cash we’ve invested in getting the house and property ready for what our shining realtor from hell has called a “potentially fast-warming” market?

She gives me a nod, says she’ll talk to the shining realtor.

I’m aware of how differently she and I are handling the end of our marriage. I’ve ditched caution. I’m liable to speak any words that feel like they want to be spoken. As I do now.

“My shrink, coincidentally,” I start, “my shrink says I should consider lowering my price on lots of things. My time. My attention.”

“If you did, you wouldn’t call them your shrink.” She looks at her watch. “I have to go.”

Her way of handling the end our marriage: to change. Become suddenly purposeful. A person so far from the woman I’ve known that I can nearly imagine someone pointing us out to one another, doing the introductions.

I give a wave.

Her car passes in silence.

What next? I loiter in dirt by the curb. By my monthly apartment. Because I’m worn out, because four cups of coffee won’t do much against black-hour sleeplessness, or because I’m soft-headed in general, which is to say sort of useless and dumb, I let myself think of a different street, a quieter street at this hour. With peeping birds. And a sign out front, and a decent price, with new floors, new hickory cabinets, handsome pressed-tin backsplash. Everything new. Everything ready, I think, for some couple to make a new start.

SG is the author of IS THAT YOU, JOHN WAYNE?--a collection of stories. He has work in or coming from Threepenny Review, Conjunctions, Bat City Review, American Short Fiction and others.