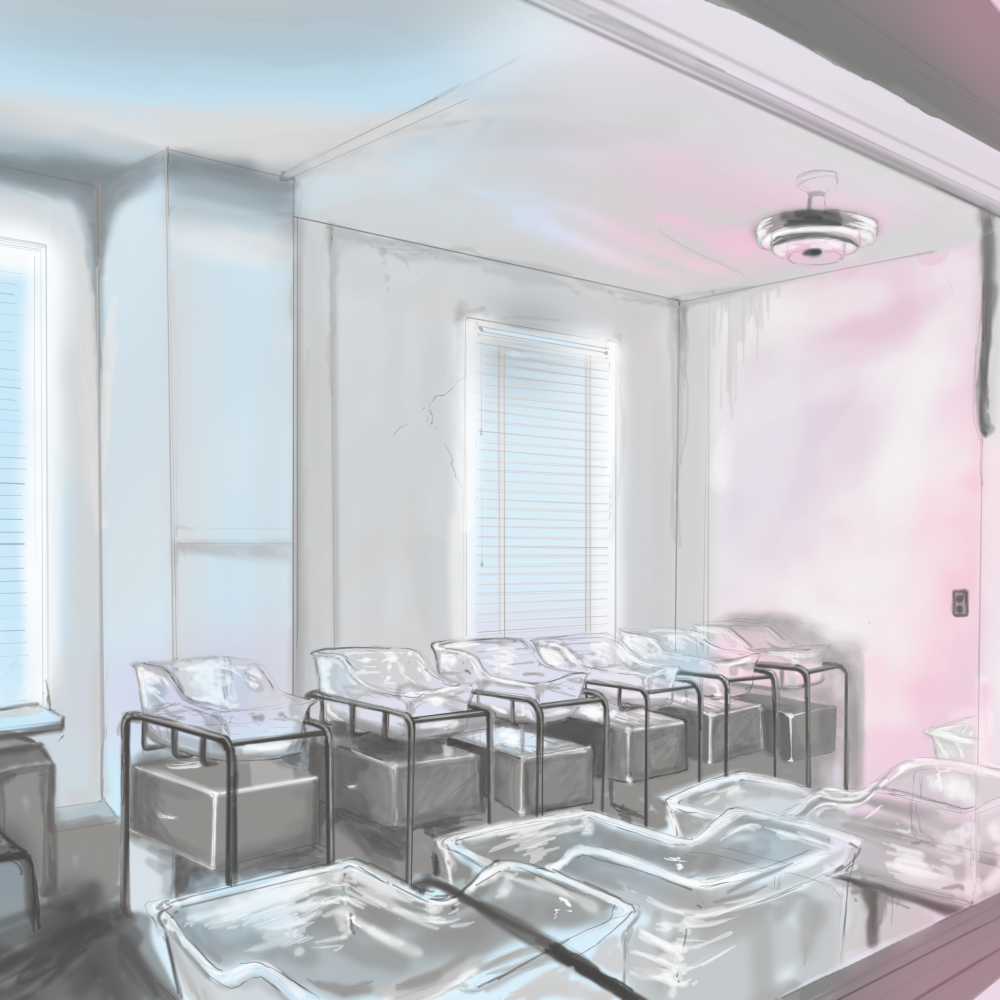 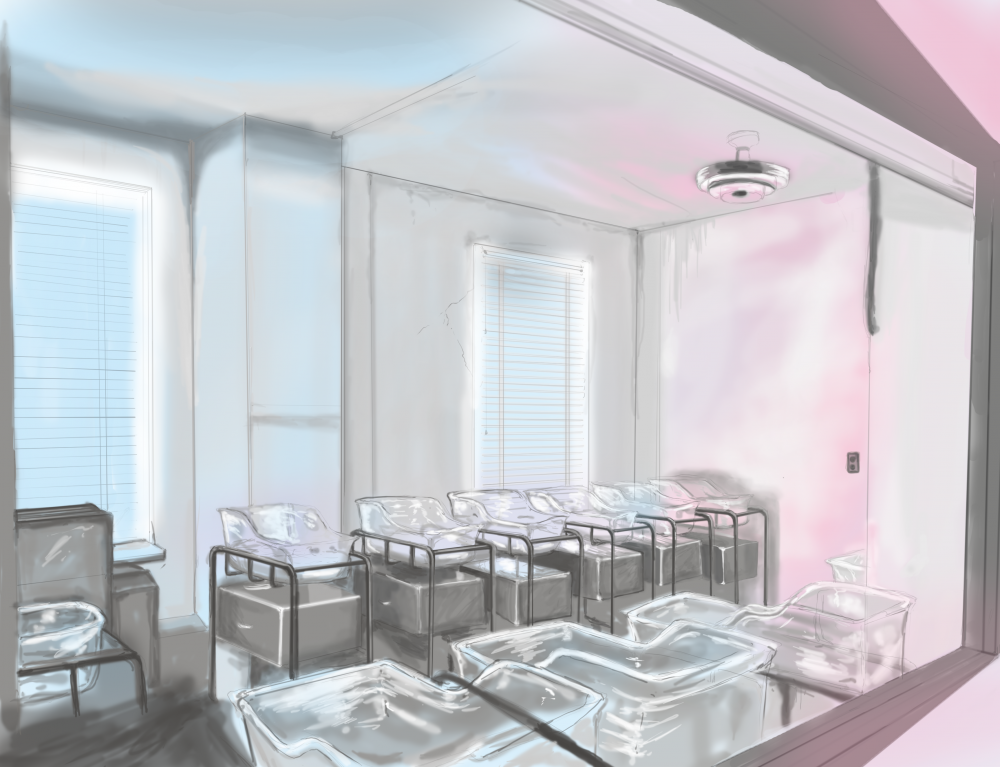 “Do I miss my family?  Sure.  I mean, I guess so.  My brother, Frank. We used to have fun when we were kids, and he was easy to talk to, at least, for a straight guy, right? It’s been a little hard, since…you know. But would I take it back?  Hell no. And I don’t think anyone out there is being honest with themselves if they’re saying they want to go back to the way things were.”

Tony leaned back in his chair, and took a long sip from the highball glass on the table to his left. He tried to remember everything that he’d been told before the interview—don’t stare at the camera, don’t look at the boom, don’t squirm, don’t touch where they pinned the body mic. He felt uncomfortable in his suit, uncomfortable underneath the bright lights, uncomfortable being asked personal questions on live television. But wasn’t this the life he wanted since he was a kid? Hadn’t he gotten exactly what he wished for?

Of course he had. Hence the camera crews, the fancy gifts, the sudden rush of followers on social media. What Tony had done was the biggest news since last year, when all the fundamentalist Christian people were on TV talking about the Rapture. It wasn’t such a crazy thought—millions of men had gone missing overnight, and then there’d been the toads everywhere. It was a weird time for everyone.

“People have been saying what you did was unforgivable,” the interviewer raised an eyebrow. “Others are calling you the gay messiah.”

“The gay messiah! That’s a new one.” It was not, in fact, a new one, but Tony figured it would flatter him to seem surprised. Perhaps it was surprising in a way, to hear it said out loud by someone as famous as the woman sitting across from him, but what in this bizarre new world was shocking? What could possibly top the last 2 months?

A year ago, while everyone else was going on about the Rapture, Tony and his brother Frank were packing up their car and hitting the road.  The disappearing men, the waves of brown toads spilling out of every house, Tony and Frank had seen enough movies and read enough salvaged Sumerian texts to know the work of a wishing amulet when they saw it.  It took months of research, tracking the path of the toads and reading the bones before finally they pulled up to a humble ranch house in a run-down suburb of Missouri, and knocked on the door. An old woman answered, and after they explained to her why they had come, she’d let them in.  Tony and Frank sat down in the kitchen while the woman rummaged through the kitchen drawers, looking for the amulet.

“Now I know it’s around here somewhere, boys, give me a moment.”

“Take your time, Mrs. Everest,” Frank said. “We’re in no hurry. We just want to get everything back to normal.”

“You don’t have to tell me twice, young man.  I just want my husband back.”  She reached towards the back of a drawer, and with a sharp tug and a clang of cutlery, produced a beautiful necklace with a dull green jewel at its center. “Ah here it is. Don’t know if it’ll do you any good, my daughter and I gave it a pretty good try.”  Mrs. Everest dropped the amulet into Frank’s outstretched hand.  “There’s a homemade shepherd’s pie in it for you two, if you can make the darn thing work again.”

Tony reached into his equipment bag and pulled out a glowing loupe, which he pressed to his eye.

“Hmmm.  I think maybe—oh here’s the problem.  Look, Frank.”  Tony passed the amulet to his brother, who turned it over in his hands.

“Makes sense.” Frank pulled a bag of sand out of his pocket, and emptied it directly on the amulet’s green jewel. “It’s a Volun, Ma’am.”

“It is not, is it?”  Mrs. Everest sighed in consternation.  “I could have sworn that it was Middle Eastern.  Look at that detail!”  Frank shook his head.

“Nope, Roman. Trust me, if Tony and I know anything, it’s Roman artifacts.” Frank slid the amulet across the table to his brother.

“Just the one wish for each family, then?”

“Yup.  Wonder how it got all the way out here?” Frank blew gently on the green jewel, and it flickered like a dying campfire.  Tony joined him on the second breath, and the light inside the jewel finally began to beam again.  The three of them stood there, looking at the wishing amulet as it pulsed with energy.  “Alright T, you ready to end this nightmare?”

The plan had been to get the amulet, and one way or another use it to fix things back the way they were. It should have worked.  It would have worked, in fact, if Tony hadn’t been possessed by the strangest impulse. Quickly picking up the amulet, he looked at Frank, and then at Mrs. Everest.

Tony took another swig of his drink. The interviewer stared at him.

“And that was that. I mean, a flash of lightning or whatever, some wind, standard Strega stuff, and then—”

“And then there were no more straight people.”

“Right. Look, I know people are angry. If it helps, what I said exactly was, ‘I wish everyone on Earth was gay.’ I didn’t think it was going to make everyone disappear like this. I just thought, y’know, more culture, less overpopulation.”

“Well, the Earth is certainly less populated, that’s for sure.  Do you have anything to say for all the people out there who are missing their loved ones, or for any of your fans?”

“I mean, I’m sorry, and you’re welcome, I guess.” Tony laughed, and the amulet around his neck shifted slightly, brushing up against his body mic. For a second, the touch of metal on metal sounded almost like a little chuckle of its own.

Felix Roman “baddietrash” Sanchez is an artist currently residing in Portland, OR. He does traditional and digital art and doesn’t like labels. He is open to comissions. Check out his instagram @baddietrash