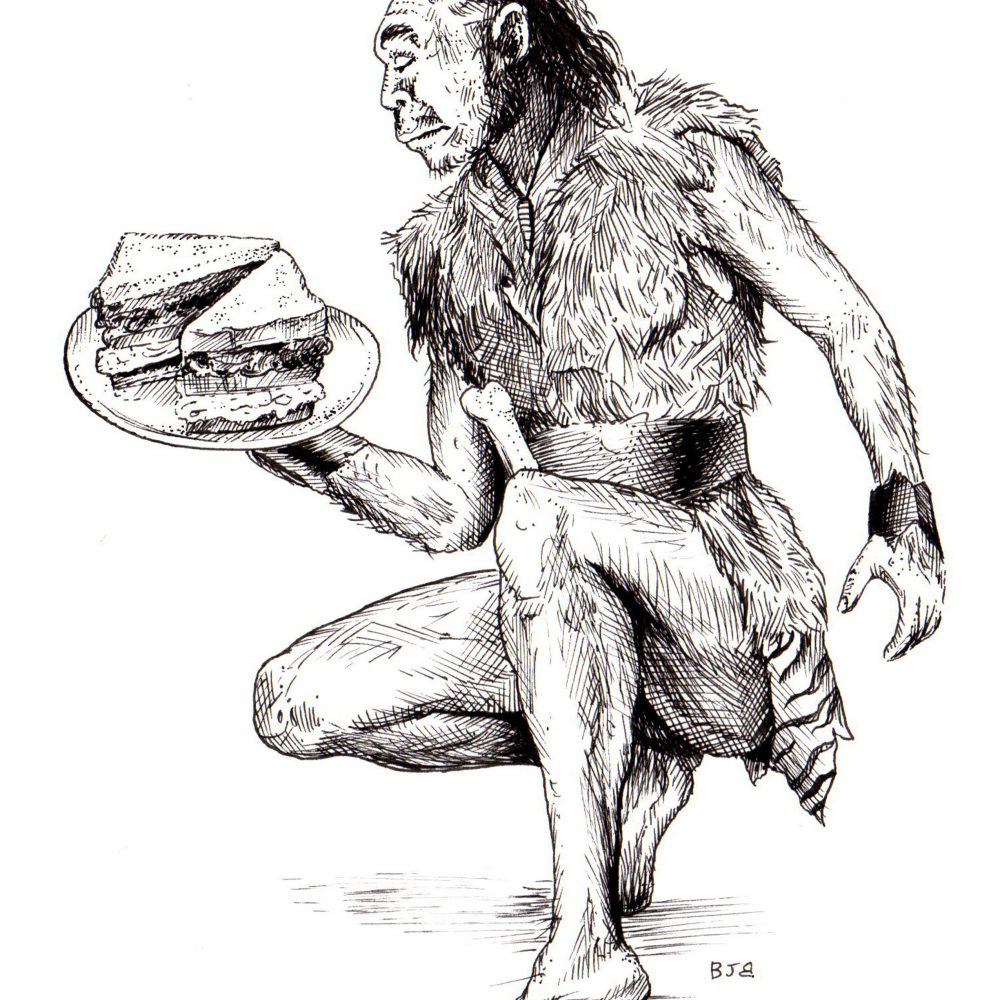 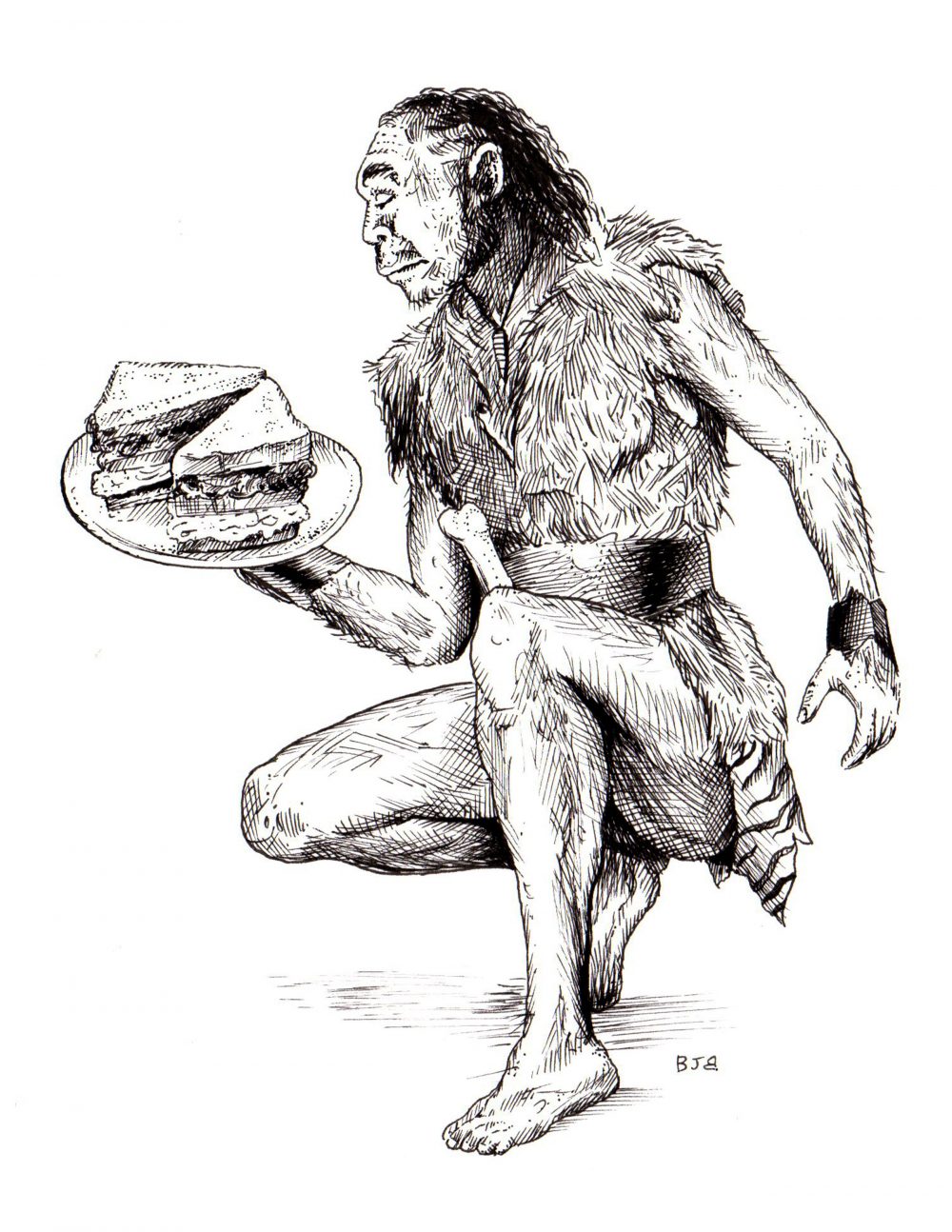 I’m writing this because he stole my voice.  No sense of when or why passed through my apartment’s locked door as if it was jelly, to the bedroom.  I don’t know exactly what he did before he entered my bedroom, or even if he is a he, for that matter, but this person was a thief who held hands like bear claws over my eyes before he—I decided just then it was a he because of those hands—reached down my throat and pulled out the elegant box I had professionally appraised the night before, when over the telephone someone told me I was soothing.

I.   He didn’t go straight into my bedroom.

A.   He came in, starving, and thrust his hairy bear body into my small kitchen to treat himself to a turkey sandwich.

i.   It was fresh, bought yesterday, but I almost forgot to put it in the refrigerator because the phone rang.  Regardless, he sat there to munch on my new turkey, now packed loosely between two fresh, lightly-toasted slices of white bread which were, themselves, lathered with mayonnaise.

a.   The rest of the groceries were untouched.  I had, in fact, purchased five items total, including fresh turkey, mayonnaise, white bread, lettuce, and a box of sleeping medication that sill needs to be returned.

b.   Without it a good night’s sleep I can’t organize my thoughts.

ii.   I didn’t open anything before I went to bed; placed it straight into the refrigerator for the next day.  Therefore, he would have had to resist the temptations of all the other specimens of food and drink.  This pained him, and gave him motive.  It’s not easy to plan an invasion, or to be deterred once it’s begun.

a.   Motive established. My voice was stolen.

B.   He tried to watch the nightly news.

i.   He moved on to my bedroom in a fright, after furiously clicking the remote to find that it only worked in conjunction with my unique fingerprints.

a.   I forgot to buy batteries because I was so excited to go to the grocery store.

ii.   He surfed through all four of my channels, multiple times, to find nothing of interest.  Their subjects ranged from infomercials for exercise machines to infomercials about exercise machines.  The caveman, being fit on his own time, muscles bulging off of themselves, paid little attention.

b.   I forgot to mail the cable bill check.  It’s been written out for over a week, on my nightstand where all the dust is.

II.   In the event he was actually a she.

A.   She doesn’t allow herself to eat after 8:00 PM, so though stopping for a turkey sandwich is tempting, she passes it by and heads for the bathroom, examining herself and all of her furry curves for twenty minutes in the full length mirror.

i.   Many popular diets limit the intake of food after 8:00 PM because of our inability to burn large masses of calories while sleeping.  The food needs time to slip through the body, which apparently doesn’t like to digest on its side.

a.   I returned from the store at 7:45 PM, but because of the length of my phone conversation, I was not allowed to eat my turkey sandwich.

ii.   Whether or not my assailant was a man or a woman is, again, questionable, the hands themselves are worth noting again.  She’s self conscious about the coarse hairs on them, so she strokes them down flat in front of the mirror, pawing at herself, jealous of the magazines strewn across the bathroom floor.

B.   She dragged her flat feet into my bedroom, hungry, and smoothed my hair back while I slept.

i.   The theft of my voice was compassionate—she placed her mouth over my mouth, her moustache tickling me awake, before pulling away slowly, and slipping the tip of a hairy finger into my mouth, drawing my voice out between my open lips.

a.   When I ran out, I found bare footprints, not the imprint of shoes. There was a place for each toe in the large marks, pressed like they should be filled with water and swam in, or with clay and preserved.

b.   I’m allergic to whatever it is that robbed me of speech—been sneezing all morning.

I know this is abrupt, maybe unwarranted. And that’s fine with me—I need to research cavemen.  But in case my theory proves false, the real theory in the theory, I need to cover my tracks, or else no language in the world is going to get you to believe that any of this happened to me.  There must be a balance in composition, because all in all I’m glad my voice is gone—I hate being told I sound poetic.  The phrase itself makes no sense to me, unless I’m speaking in iambic pentameter, which I make it a point to suppress.  There—motive established again.

i.   According to my previous written work on the subject, there’s a chance that I did it all on purpose—I can’t be relied on for objective commentary anyway because of the differences in perception between people.

b.   All the lights in the house were off.   I crept into my own room, digging my toes into the shag carpet as I stepped to feel the fur between the crevices, looked around at the empty furniture, and screamed.

B.     I started yelling while on the telephone.

ii.   He told me that I used to be soothing, and now I’m erratic, voice quivering all the time.

Nicole Oquendo's work has appeared in the chapbooks some prophets, self is wolf, wringing gendered we, and Space Baby, and the hybrid memoir Telomeres, as well as in various literary journals. She is currently serving as an Assistant Editor for Sundress Publications and Flaming Giblet Press, and is the editor of the anthology Manticore: Hybrid Writing from Hybrid Identities, forthcoming from Sundress Publications.