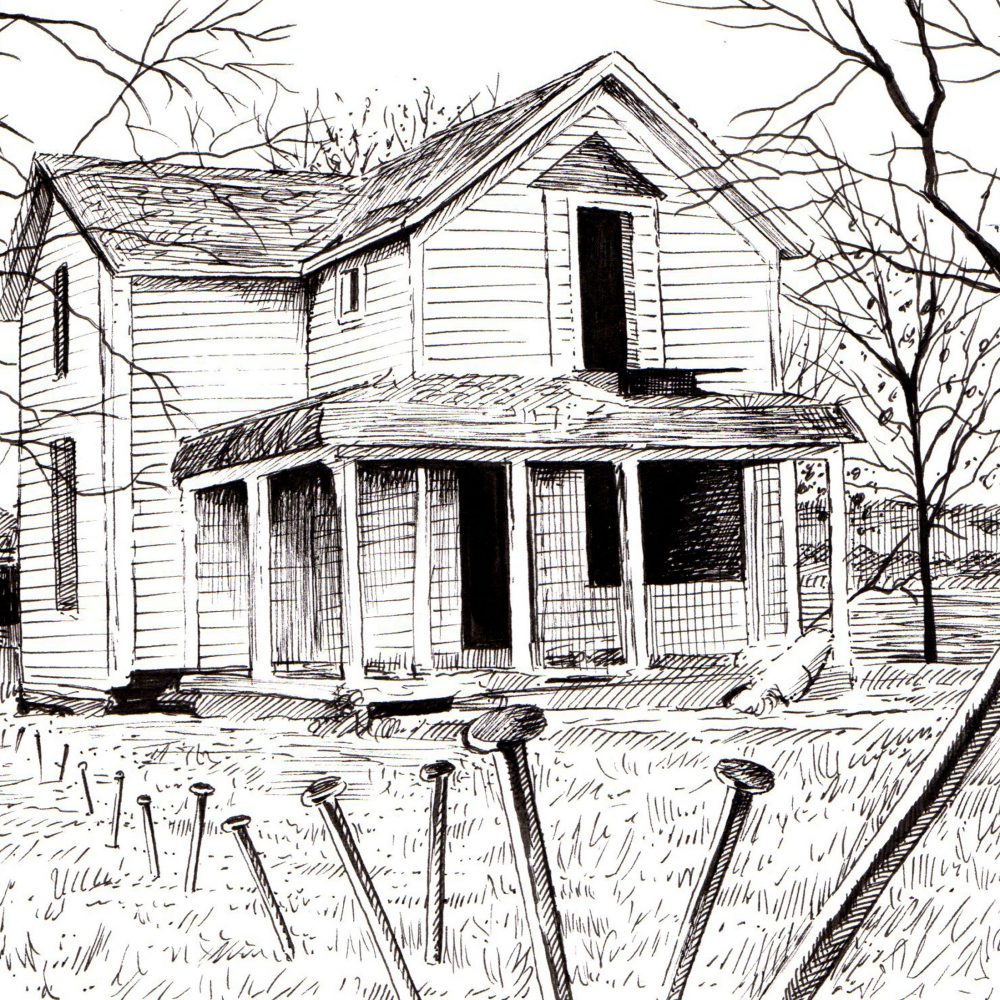 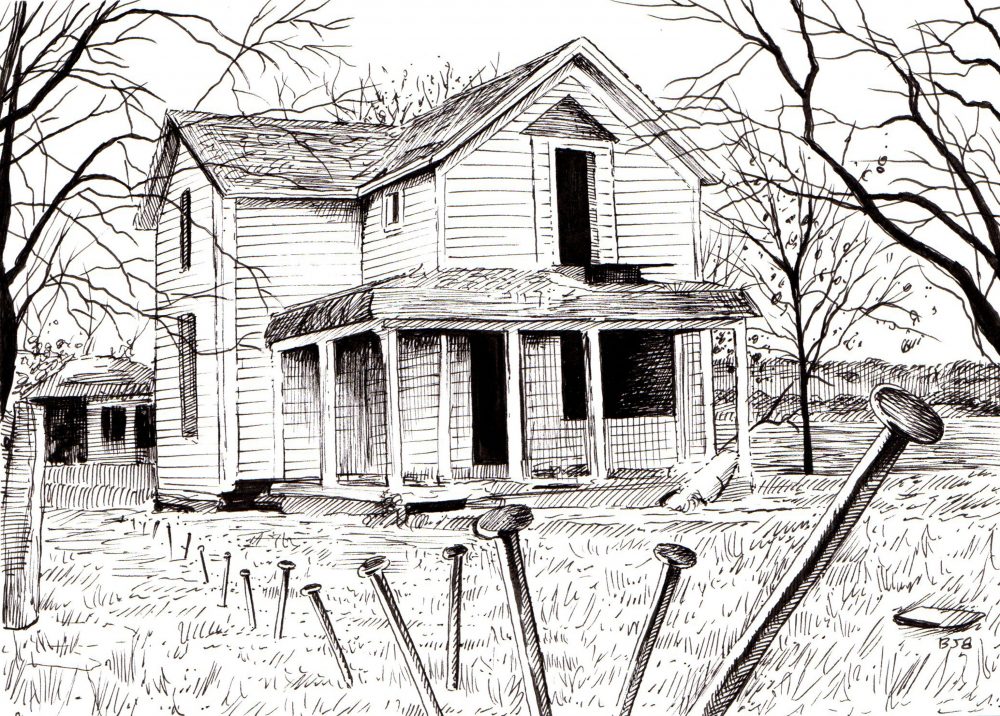 Soon after daddy switched on the television, locked the front door and left for work, the house who was forced to babysit, began to bloat like the post-buffet-belly of a glutton. The baby wouldn’t calm down, and the telly wouldn’t stop. They continued crying through the day. By afternoon, the house swerved and turned in pain. It must be acidity, the house thought and tried to fart. But to no avail.

At a point where the house couldn’t take anymore pain, the nails of those small, zinc thatch row shack began to be unfastened. The house let out sighs of relief, akin to an acupuncture patient, needles removed from his pressure points.

The liberated nails stretched their backs and walked across to greet fellow folk. The nails were planted ants in past tense. It seemed from the huddle of the ants (nails) that they must have already passed a resolution, and planned a manifesto. They were an army ready to complete a mission. Calmly, they started walking away along the corner of the wall. The house felt distraught. It yelled at the row of iron ants that was slowly slipping away from sight.

Hey there, I hope you have two minutes of time to listen up? The house asked. The nails turned their head, and looked back. Without saying much, they began to walk away again.

The house continued speaking to nails, as if sounding a warning. After all, you mustn’t forget I am the master here. I’m the house you were part of.

At this point, the nails turned back and said: Listen, we aren’t sure who you are, and what you are made of. You claim to be the house. But, we don’t see anyone here. It’s all ruins now. The zinc thatch is on the ground, the TV has a cracked open head, and amidst all the ruins, sits a crying baby, unhurt.

The nails paused and continued: This definitely is a scene of crime, and we wouldn’t want to stay back anymore. So, we are off.

The house realized with great pain, that what just happened was his death. And that, he is just a soul talking to his own body. The house explained: This is what metal has done to the world. You make objects, give them a function, and they perform tasks, and they do it without fail. I think commitment drives life, and metals epitomize this existence. For example, I am a house..

Midway into the sentence, a greater sense of worry passed the mind of the house. The baby! The parents would have left the baby in the house imagining the house to be a safe pair of hands. But, now, the house is no more too. He imagined the plight that they will be in, once they come back home after work. After all, they are just menial workers who can’t afford to take their baby along.

The ants remarked: It is a historic moment for the metal. Like the spirit of Joan of Arc, we need to be stepping out to the battlefield. Staying planted is like staying away from everything. It’s time metal came to the forefront.

The house knew there is no point trying to hold back someone overcome by the urge of revolution. He then said, carry me along too. But the nails retorted: We can’t even see you!

One of the intelligent ants understood what’s happening. He ordered the rest of the ants to pick up the entire debris of the house that was on the ground. And voila! The house said, Yes! I’m moving. But there was a problem again. The house was overweight, and straining the hands of the ants army.

The house said, it’s the sadness in my soul. We need to carry the baby too. The ants army was distraught. See, we are on a mission. Can’t you see what is bound to come if we are successful? An age of objects! That’s all that is there, in our minds.

With half a mind and after half an hour of arguments, they succumbed to the requests of the house. Together, they ventured out for the first road trip ever, by a house. Like a junkyard set in motion, they slipped away in a line, like ants that no one notices in a busy city street. The rats, rodents, the cockroaches, the chameleons, the city crow, and the sparrows: they all laughed at the house, just like they laughed at the first lady who emerged from the shades of the veil, and walked the streets of rural India. The mocking just egged them up to carry forward.

The house or the ants did not halt. They had only one thing in mind. To find the parents and hand over the kid. The house then wanted to be free from this dialogue with his body, and the ants army wanted to head for revolution.

Aditya Shankar is an Indian writer. His prose, flash fiction, poems, and translations have appeared or is forthcoming in the The Other Herald, 101 Words, Indian Literature, Modern Poetry in Translation, The Little Magazine, The After Happy Hour Review, Chandrabhaga, Muse & Murmur, and elsewhere. Books: After Seeing (2006), and Party Poopers (2014). He lives in Bangalore, India.