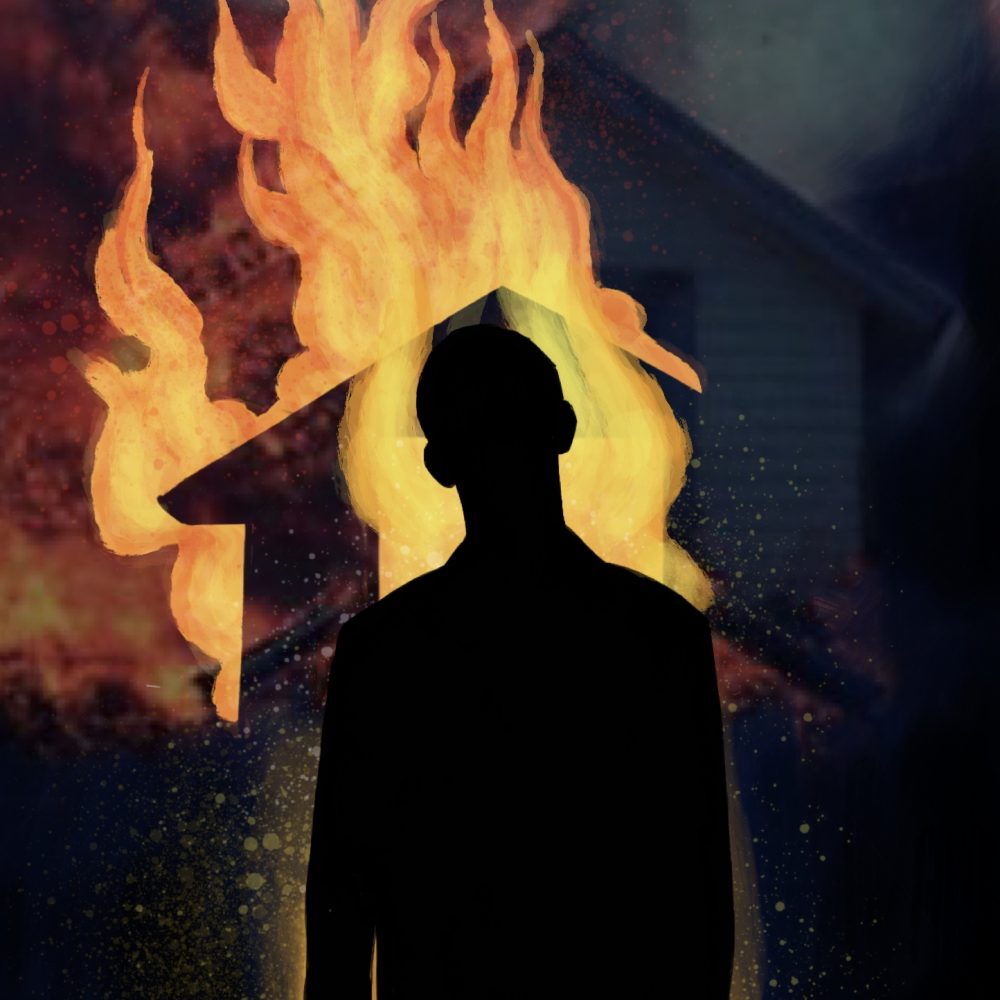 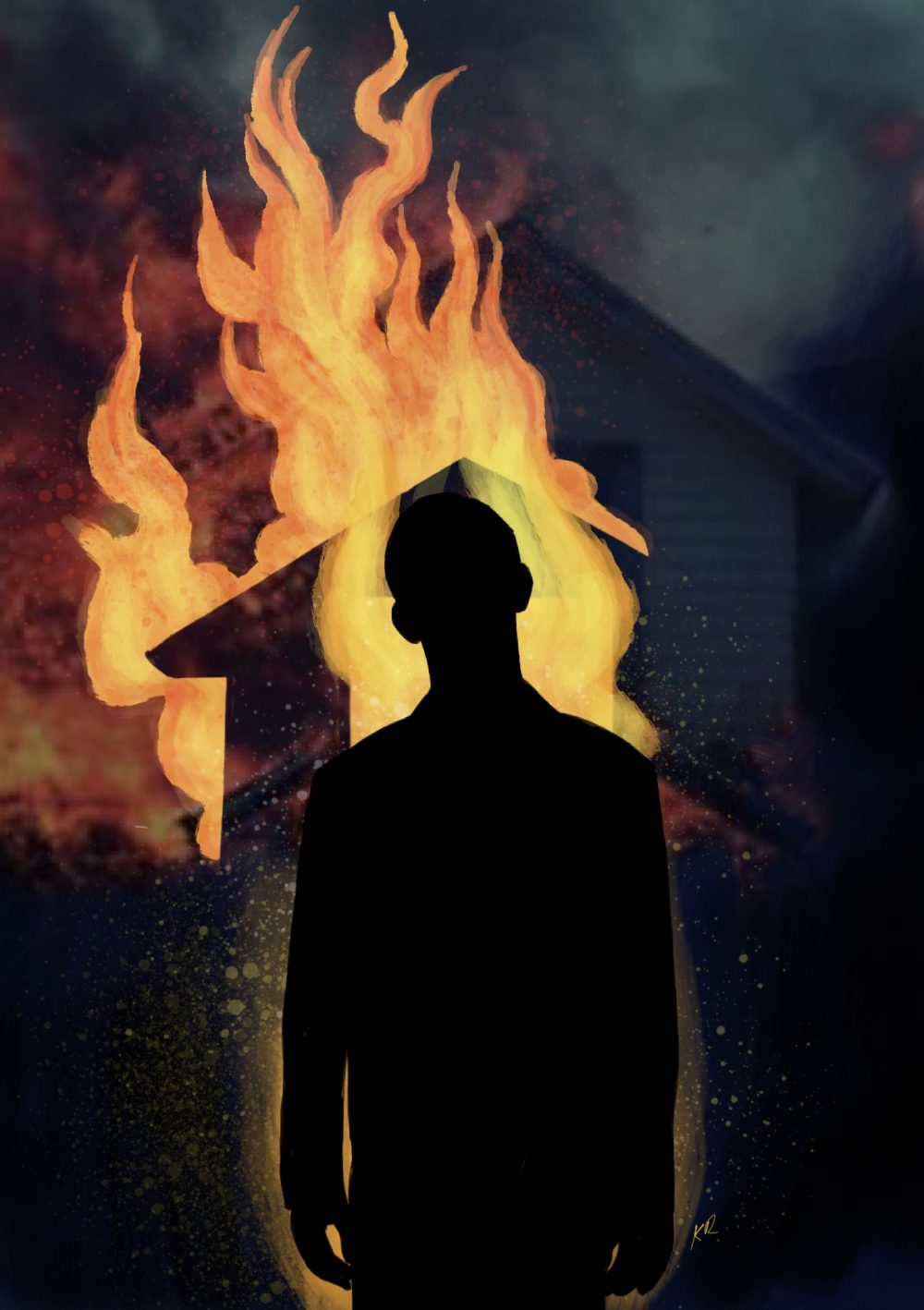 Sam opened his eyes. It was still dark. What had woken him this time?

It took him a few moments to remember where he was. He was often disoriented like this since the divorce, the house move, and the custody hearing. It had taken time, but it had been starting to feel like home: a proper family home, at last. He should relax.

He rolled over, pulled the duvet up over his ear and tucked his knees up to his chest as he had as a little boy.

A snap outside the bedroom window jarred him awake again, his heart beating a little faster.

He pulled the duvet off his shoulder to hear. A car passed in the distance, but that snap had sounded much closer. Might it have been in the garden?

His mind was racing through the possibilities – an intruder sent by his ex, a thief, a peeping Tom, a rat, a fox, or could it be something more sinister? No, he was being silly. He didn’t know the sounds of the new house yet, it was probably just the plastic guttering clicking as it contracted.

Sam sat up in bed and opened the curtains above the headboard. Kneeling on his pillow he looked out into the night. The garden was bathed in moonlight, it was a clear night: no wonder it was so cold. He shivered.

The lawn below showed no sign of life, but then any animal would be long gone by now. What about an intruder? What if they were at the back door, immediately below the window, readying their crowbar?

He was too awake now, he’d have to go downstairs and have a look or he’d never get back to sleep.

He twisted back round and dropped his feet over the side of the bed. Even the carpet was cold. Grabbing a jumper from a pile of clothes on the floor he made his way downstairs, mobile phone in hand, better safe than sorry, in case he surprised a burglar.

But it was his phone that surprised him, vibrating in his hand. A phone call, in the middle of the night? He dropped the phone, which thudded onto the carpet face down. As he bent to pick it up there was a shout from outside and a sudden hammering at the front door.

Sam lurched sideways in the dark living room, torn with indecision, then headed towards the front door, leaving his phone vibrating on the carpet.

But whoever it was must have moved round the house.

In the hallway a thick smell of burning filled his nostrils and through the darkness he saw a dense patch of fog creeping out from under the kitchen door. They were trying to smoke him out! They had set his house on fire! In his mind’s eye he saw an angry mob waiting just beyond the door, waving pitchforks and torches, ready to get him. They had come for him.

Racing back into the living room he lunged for his phone on the carpet and dived towards the back door – he had to get out, he had to escape.

He fumbled with the key, it clattered to the floor, he grabbed for it, bumping his head on the door panel in his haste, fitted the key to the lock and wrenched the door open.

The garden was empty, they must all be at the front. The cold hand of the night slapped him in the face and he gasped. He ran to the hedge and tried to peer down the side passage past the locked gate to assess how dangerous the mob was.

More sounds: a window smashed and a breathy roar at the side of the house. Then the distant wail of a siren, closer within seconds, a fire engine, an unfamiliar face at the end of the passage. He ran towards the gate.

‘Yes, there’s a mob out the front, they’ve set the house on fire!’

Another face, old Sid from next door, in his pyjamas, walking stick in hand.

‘Are you alright, son? I was banging on the door – your kitchen’s on fire!’

‘I said, is there anyone left in the house, sir?’

Inspired by literary fiction of the early twentieth century, Alice enjoys writing of all kinds. She had seven short stories published in 2017 and is currently working on a piece of longer fiction. Find out more at alicelittle.co.uk/fiction.