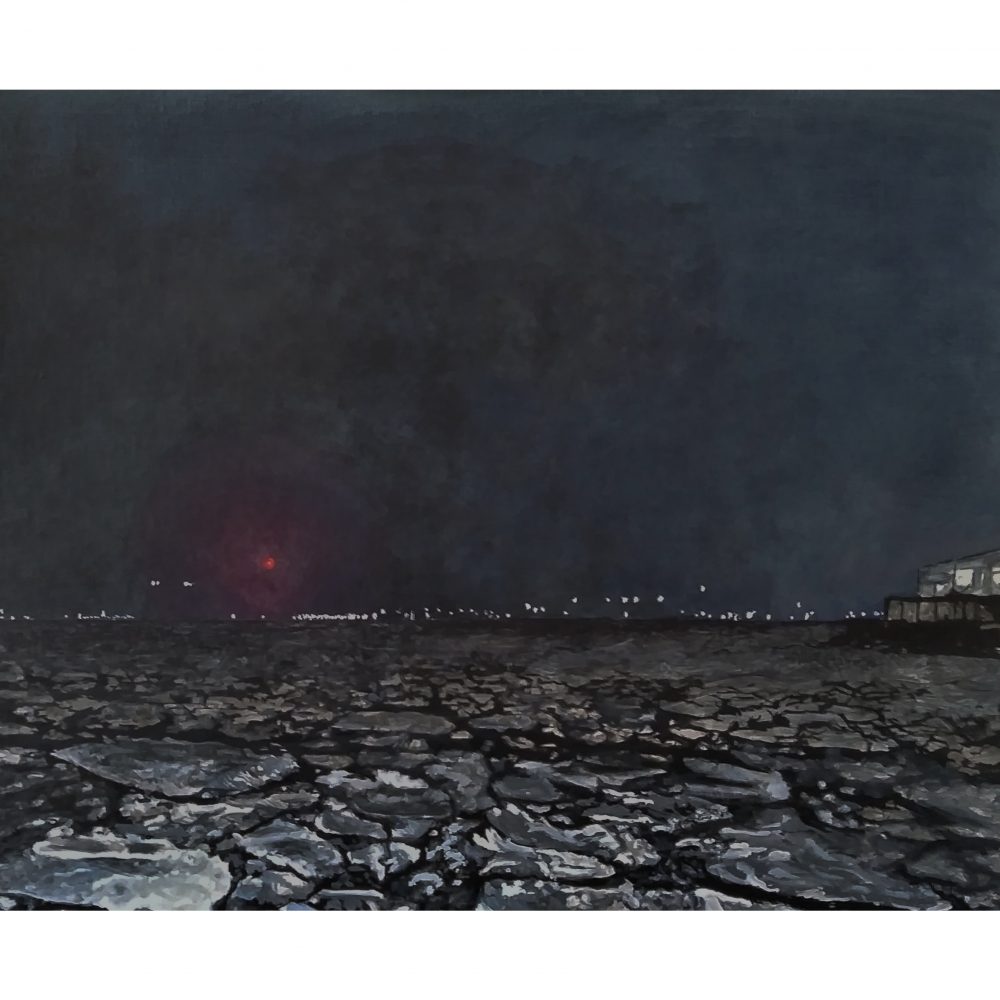 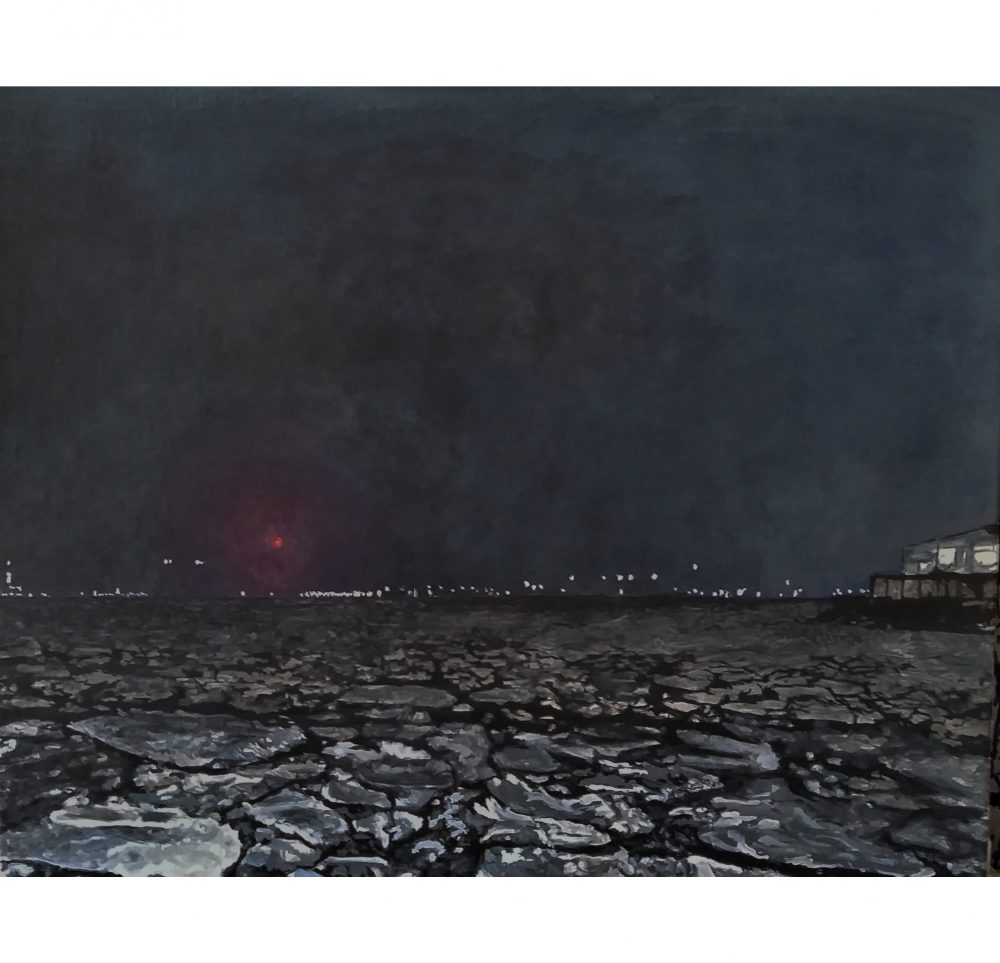 You wait in the bus stand, shivering in your leather coat. Underdressed and uncomfortable, you decide that the word for this day is despair. Another day waiting for the bus, its arrival undetermined in the scheme of a gray morning in winter, marking toward another year, passing further away from a time when you believed in hope. The fact is, the future has arrived: you are in the present, and it sucks. Sucks terribly. A sense that living is approaching the outer reaches of the endurable.

You look blankly through the filthy window of the Manhattan M14 bus, watching the cold people stand in their boots and hobo hats and Antarctica jackets, the sun deceptively bright, lying to you about the day. It’s actually quite cold.

The bus takes you to Union Square, down the escalator, through the gates, down the stairwell. Braving the crowds, you find a spot to stand next to the doors of the first car on the subway train heading downtown, to work, to live. Exist.

At lunch, you meet your boyfriend. It has warmed up a little. Stefan and you walk on the promenade north of the yacht basin, holding gloved hands, looking out over the Hudson River, ice chunks floating down the river under clear skies, with a shade of light blue you haven’t quite seen before.

Stefan lives in Brooklyn, with three roommates in a walkup in Red Hook; you make more money, so you only have two in a sublet in the East Village. Thus, finances are an issue. A reticence toward full commitment, more pressing, but you really like him. Unsure about love, but saying this makes it better. Words in the right place can be like waving a wand. Telling them what to hear. Listening to what you want.

He smiled at me through the sunlight. “Remember?”

“We met on the ferry to Hoboken, the one that left near Battery Park City, in lower Manhattan.” He points toward a crowd of men gathered at the rocks beside the ferry pier.

“I fell in love with you when I watched you rebuild the snowman on the sidewalk,” he said. “A winter’s night, on the way home from the party in Chelsea.”

“I remember now,” you reply, looking elsewhere, nowhere, it seems. The wind rises, collecting the garbage from the pavement with its invisible tendrils, sending candy wrappers, cellophane into the air to celebrate the lost parade.

You fall in love with the beautiful randomness of life. The dandelions blowing in the street, getting in people’s hair; the beautiful wonder spied in a toddler’s eyes when they see a puppy for the first time; in how a barista at the café creates magical patterns in a cappuccino. Concluding: the small kindnesses of strangers on the subway. Giving up their seat. Wordlessly, but smiling, moving aside enough space so one can grasp the bar above in a crowded rush-hour train.

The Hudson River churns in the passing police boat’s wake. This triggers the memory about the night you got drunk and almost fell into the freezing water last winter. This portends ill for the conversation.

You turn to him. “I always like how you say my name.”

“Awww, thank you baby.” He smiles, shows showing his teeth. You find this expression troubling. His incisors resemble comic book fangs, those four-color books that scared as a child, particularly The Killing Joke with Batman and The Joker. Afterward, your eyes avoided the magazine rack at the Rexall’s in Hastings-on-Hudson.

As his lips pull back, you recover memory.

You have had three Manhattans while onboard a party boat for a nighttime Christmas party, and no one notices when you slip on the deck, sliding under the wire railing, and drop into the frigid waters of the river. You are too inebriated to make much noise other than gulping water instead of air as the disorientation is far more pronounced.

The body loses heat as much as 25 times faster than the air of the same temperature. Even when wearing warm clothes: a leather jacket, a long-sleeved sweater, block heeled boots with wool lining with black jeans tucked into them, your life is already under dire threat. The alcohol has already affected cognitive functioning. Judgment is decreased to a vague sense of danger, only apparently real as arms flail and choking screams are overwhelmed by the sounds of the Electric Slide.

As neurological shock kicks in, and muscles become stiff and useless, the boat cruses away toward Battery Park City. The lights of Manhattan reflect shimmering glassine against the surface. You have lost your contacts, so there is nothing to see but water, endless water.

When drowning what do you think of? You cannot remember. This doesn’t matter.

But when you do, it does.