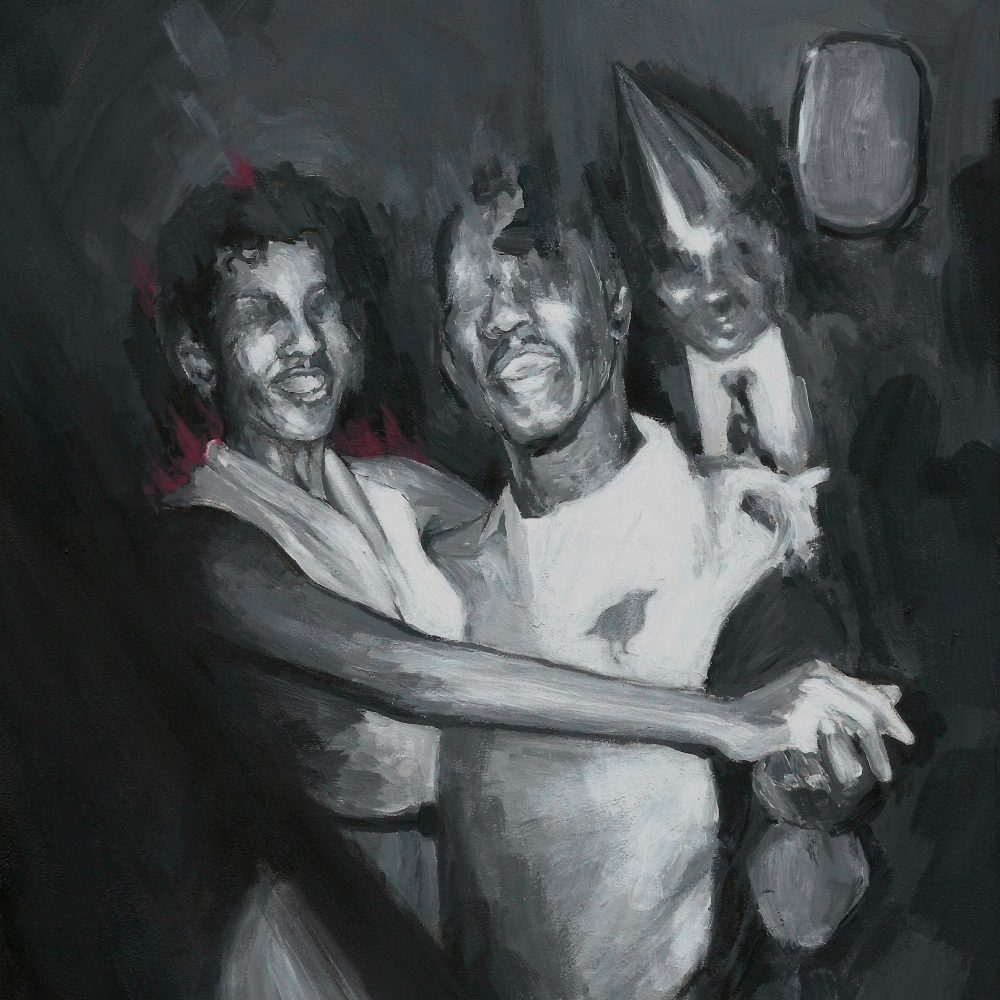 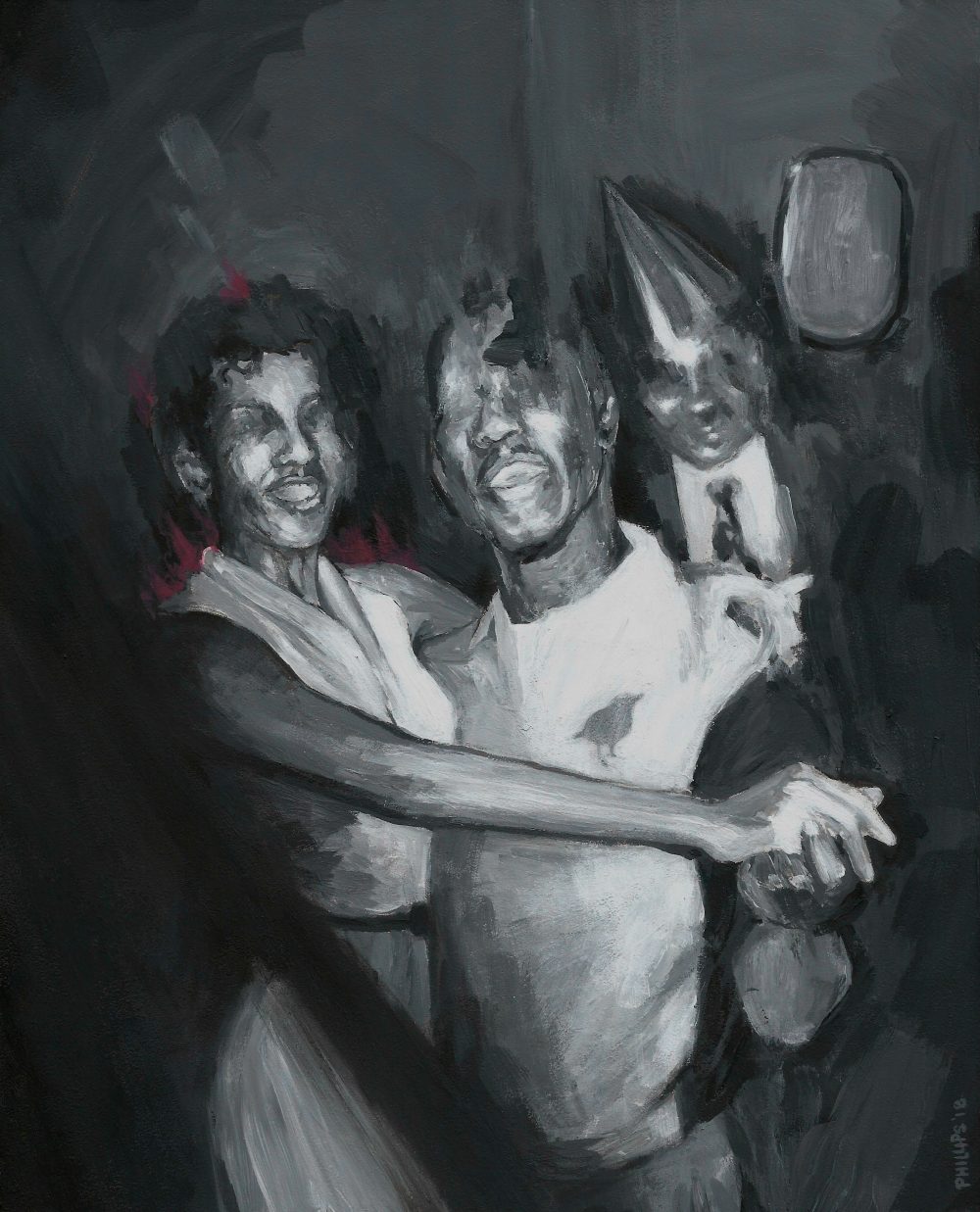 Stepping onto the balcony just before midnight, Billie closes the sliding glass door, and grabs the metal railing. Staring down at the throng of revelers below, she tries to catch her breath. From the penthouse suite, the crowds in the street look like waves in the ocean, ebbing and flowing, and Billie thinks of her childhood summers spent at the beach, and the unexpected pull of a rip current. She can almost smell the soft scent of cocoa butter from the lotion her mother would rub on her dark brown skin, reminding her that even though she might not feel it yet, a burn was coming.

The cold wind stings Billie’s face and she pulls her coat tighter over her cocktail dress. She should be back home, digging her toes into the sand. Instead, she’s standing alone on the balcony of Jeremy’s stupid New Year’s Eve office party.

“You are not alone,” a small voice says.

Billie startles and looks behind her, but no one is there.

“Look up,” the voice says, and when Billie does, the shining eyes of a little, brown bird are looking down at her. Sitting in a tight nest of twigs and Christmas tree tinsel, the bird turns its head as if caught in curious wonderment, and chirps again. “What are you waiting for?”

Billie’s first instinct is to run back into the party, but when she looks through the sliding glass door, the entire scene looks frozen in place, like a holiday window display at Macy’s. Her boyfriend Jeremy is holding court for a group of Manhattan mannequins dressed in little black dresses, all of them trying desperately to drag him under the mistletoe. His boss stands next to him leering, and a bit of bile rises up in Billie’s throat so that she has to work hard not to vomit. Instead, she turns her attention to the bird and answers the question. “I don’t know.”

“Don’t you?” the bird says, almost as if it knows the answer.

Billie shakes her head. Why is she talking to a bird? How is it talking back? “When I first got to the party, when we got here, Jeremy kissed me in the hallway,” Billie says. “And I felt that bulge, you know, in his chest pocket,” she says, hesitating. “He is going to propose.”

“Does he know?” the bird says, pointing its beak at her stomach. “About the little pink lines?”

“How-” Billie starts to ask, but then stops. Those lines have been floating around in her mind all day, driving her mad, and now a bird wrapped in tinsel is talking to her. “I’m afraid you’ve lost your mind, Billie,” she says, laughing.

“Fear not,” the bird says, spreading its wings wide as if to stifle a yawn. “You will know when it is time.”

“What does that even mean?” Billie asks, but the bird is already nestled back into its warm nest, ignoring her. Billie shakes her head and pulls the camera phone out of her coat pocket and aims it at the nest.

“No pictures, please,” the bird says, squinting, and shaking its head. “Now is the time for contemplation, not for taking selfies.”

After the first pink lines appeared, Billie drank a liter of water and waited for an hour before trying again. When the second pregnancy test started glowing pink, she vomited, and then thrust all the evidence of conception down the garbage chute in the hall.  She knows what Jeremy will think. He’ll want to get rid of it. “We’re just starting out,” he’ll say. “We have our whole lives ahead of us.”

Isn’t that what her father blamed when he finally divorced her mother? That having kids too early ruined everything. She felt that sting every time he picked her up for visitation. Kept it hidden as she watched her mother try to pick up the pieces of their broken lives.

Billie looks at the nestled bird, hoping for an answer, but nothing comes. So, what then? She doesn’t have a job. She’s spent the better part of the last year working out, waiting to fit into a wedding dress she doesn’t own, to walk down the aisle of a church she hasn’t attended in years, to marry a man she can’t even trust enough to tell the truth.

She jumps when a blast of warm air hits her from behind. “Holy crap, Bill. It’s freezing out here,” Jeremy says, leaning out the sliding door. “You coming inside?” He hands her one of the two champagne flutes he’s holding, and raises his eyebrows. “It’s almost midnight.”

“In a second,” she says, taking the champagne. The bird watches her with an intense stare. “Hey, honey. Look at this.” But Jeremy is already gone, pulled back into the party by a black dress still laughing at one of his jokes. Billie slides the door closed and leans against the railing. The cold metal burns through the sheer fabric and she steadies herself in her stiletto heels. She reaches down and pulls them off, dangling them over the railing. What would they look like in free fall? How fast and how hard would they land?

She turns to look at the bird, and it stares back at her in silence. She wonders what her baby will look like. She puts the champagne to her lips, and then reconsiders. Instead, she pours it over the railing, watching as it turns into mist like the splash of waves crashing on a beach. “I guess you were right, little bird,” she says, slipping back into her heels.

When Billie steps out onto the sidewalk below, the countdown cheers begin to crescendo. She looks to a yellow line of waiting taxis, and beckons to them, before looking up to the penthouse suite. She hopes the little, brown bird will be easy on Jeremy, when he comes looking for his midnight kiss. No one really deserves to be alone when the ball drops on New Year’s Eve.

Vance Voyles spent seven years working as a Sex Crimes and Homicide detective in central Florida. While doing so, he received his MFA in creative writing at the University of Central Florida. His work is included in Creative Nonfiction's anthology--True Crime: Real-life stories of grave-robbing, identity theft, abduction, addiction, obsession, murder, and more. Other selections of his work have been featured in Burrow Press Review, J Journal, Rattle Magazine, O-Dark-Thirty, Hippocampus, and Pithead Chapel Review. He is currently working on a memoir, Waiving Miranda: Confessions of a Sex Crimes Detective, about his time in law enforcement and maintains a blog at www.waivingmiranda.com.