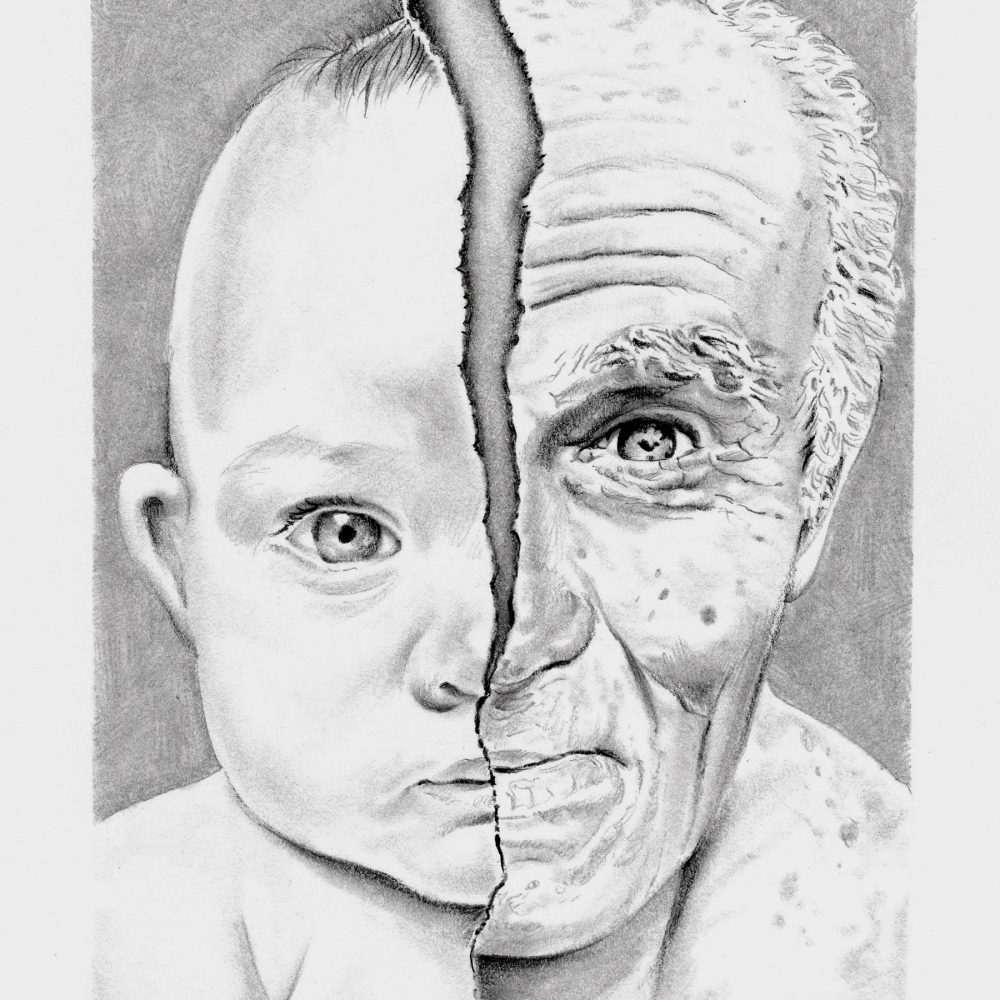 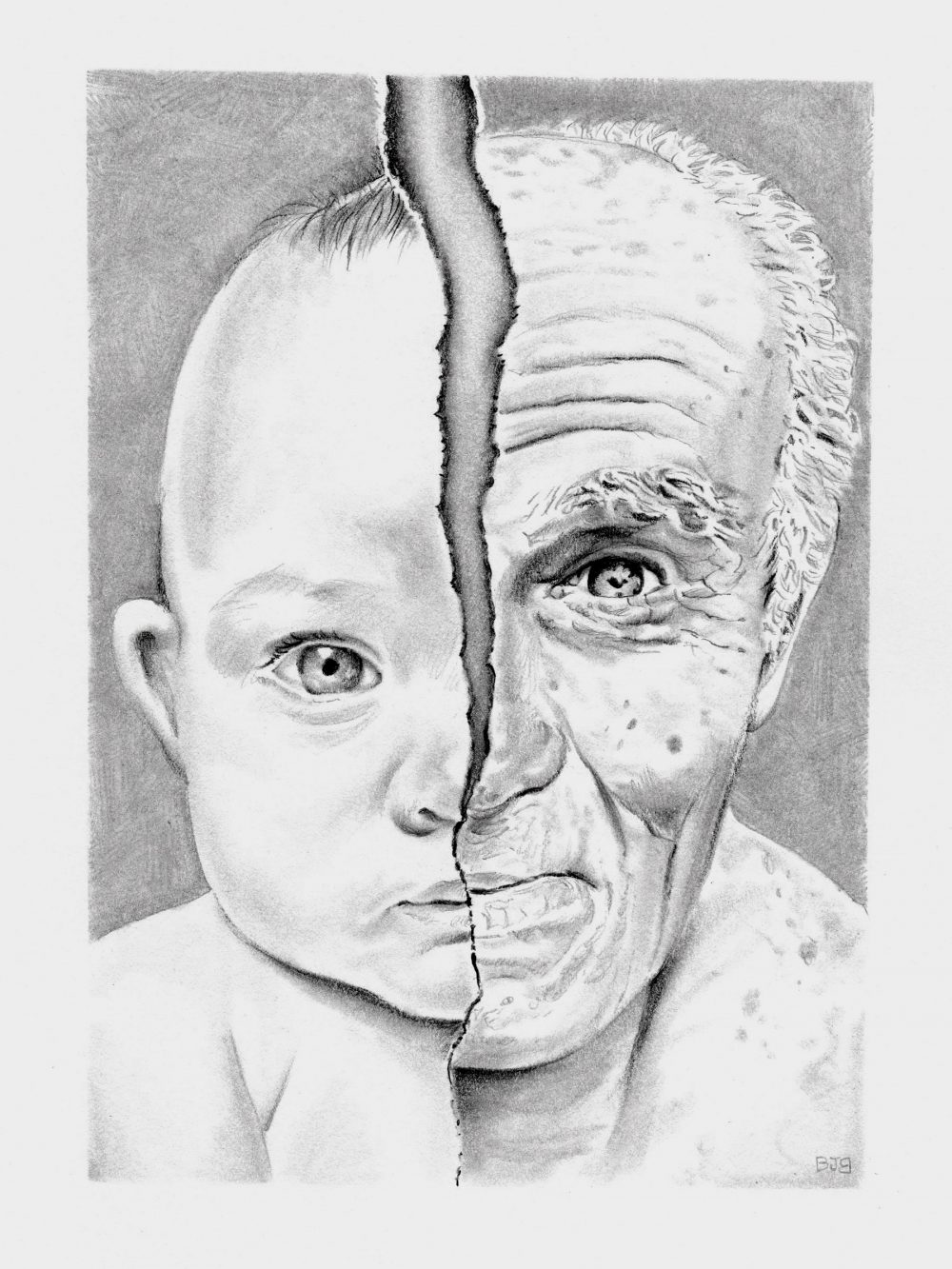 It was my wife who first noticed.

We were on a lazy Sunday drive, the kind we like to take to purge our brains of the stresses of the week. It had been a particularly bad stretch. Back on Wednesday, she suffered a crippling injury at her job over at the gift card kiosk, losing her right hand to what can only be described as a biblically epic paper cut.

As we drove, she nursed her sore nub. She knew her bowling league days were finished and she was not feeling it. Meanwhile, I was coming off a tough week of auditing the financial records of a drive-through euthanasia clinic.

It was clear that we had a lot of negative energy to shake off so I made our drive considerably longer than usual. Unfortunately, the blur of the passing trees, the bright, smiling sunshine, and the sweet smell of farm country did little to level us out.

I should mention that we had also been fighting a bit because she had the nerve to point out that my hands didn’t match. Can you imagine that? I assumed she was lashing out in jealous anger, as I still had both and she now only had one.

I always drive with my hands at ten and two, so the evidence was right in front of me. Indeed, my hands didn’t match. My left hand had become that of a baby’s, the left of a man in his elder years. Smooth and small chubby fingers versus veiny, paper-thin skin. Neither hand was mine. Or maybe they were simultaneously what I once had and would one day possess.

No matter. As they were attached to my arms, they were mine.

I was going to need help fast. It took a few tries to get my baby hand to dial the phone but I was able to reach our family doctor, who cancelled his usual weekend bender after I explained that the rapid de/aging had moved past the hand and was already up to my elbows. My baby arm was now completely useless, and the grip of my geriatric right was rather feeble.

During the examination, I was having trouble breathing. Panic had set in. He just nodded and grunted as he examined my limbs. Cold and clinical, he jotted down a few notes and did his best to avoid making eye contact with me. Soon several other doctors arrived. Speaking in hushed tones, they carefully touched and manipulated my limbs.

They asked me stupid questions, such as:

“Does it hurt when I do this?”

“Do you crave milk?”

“Can you make a middle finger for me?”

“Do you feel the need to cry out of frustration? If not, why not?”

“Is true love real or just a movie thing?

The answer to all of their questions was yes. A thousand times yes. Except that last one.

The gaggle of doctors retreated to a corner of the room. They spoke in mutters and whispers and harrumphs and shouts. They waved their hands in dramatic, demonstrative gestures. They made points and counterpoints.

They returned to me. I sat on the edge of the table, fully nervous and concerned for my wellbeing. I was asked to look to the right as they shined a bright light into my eyes. I was struck in the head from behind with something dull and metallic.

I awoke in a padded room that had cameras in all the corners. I was told by a disembodied voice via loudspeaker that a small dimensional rift had formed in my chest. This is completely random and almost never happens, the voice said. I called shenanigans on that because how would they have a set-up for observing me if this doesn’t happen regularly? It can’t be cheap to keep a room with all this video equipment going. Stinking liars.

Now I’ve had a bit of time to live with this chest-mounted time-tear and the best anyone can tell is that it is causing time to swirl through my body at the cellular level. I am moving forward and back through the timeline with imperceptible speed. I am aging both forward and in reverse. I exist at every moment of my life simultaneously. This is how I can have a baby hand and an old fart’s at the same time.

I haven’t had the nerve to look in my pants.

I am not sure how long this has been going on. This has all happened before. This has never happened. This story is happening as I tell you. This story is an old memory. I don’t know much but I know this:

One of three things will happen: I will become a baby and start anew. I will smell very nice. Or, I will age to brittle bone and dust and explode without warning. I will smell awful.

I can hear them placing bets while I wait. Old or young, fairly even odds at this point. I wonder what my wife would do with another baby. She already resents me. If I got all wrinkled and shriveled up will she still have sex with me? Am I still married at all? When was the last time I saw her? Did I ever marry?

Will I remember this? What happens next? What is the measure of a life lived in forward and reverse?

The third thing that’s going to happen is that I am going to start soiling my diapers starting right frigging now. I’m scared as hell but I have to say that I am pretty excited about having a socially acceptable reason to ruin my drawers.

You do have to look for the silver lining, after all.