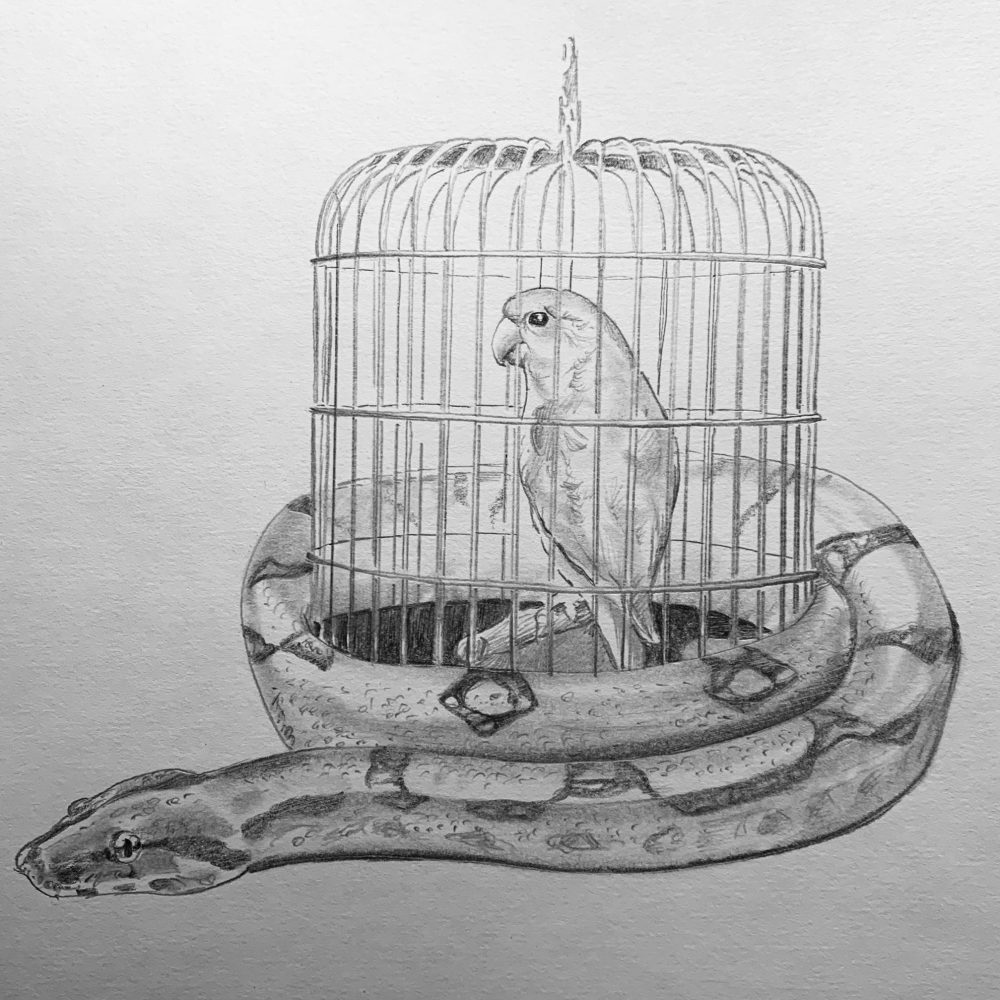 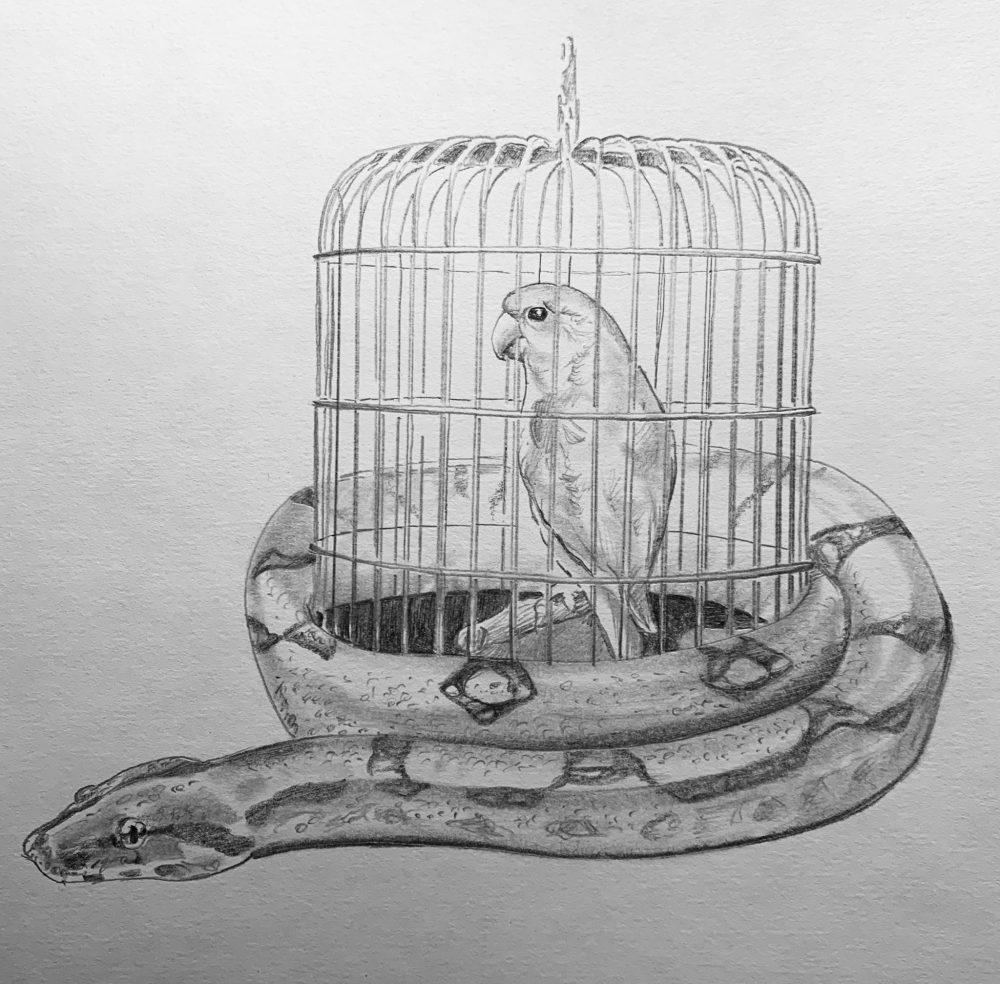 There’s some, her father said, who are shameful with their pets, and she nodded, thinking of a friend who’d allowed an aquarium of fish to die, something worse than her twice forgetting to feed the dog, then forgetting a third time a few hours ago.

Her father looked as if he thought she was giving him a reason to be even angrier. Like she thought the misfortunes of pets could be bound up in a book aimed at middle-schoolers like her who forgot to walk and feed their dogs before they went to the mall with their friends to buy makeup and a dress for the school dance.

There’s worse than careless and selfish, he said.

Cruel, she said, mentioning an uncle, her mother’s brother, who she’d seen kick his dog more than once, trying it out like a plea-bargain.

Try this on for size, he said. There’s a man I know whose wife bought herself a parrot. Maybe you know who that fellow is? No? Well, that fellow you don’t know hates his wife’s parrot for its squawking.

Like an echo, she said, and he gave her that look again.

Like squawking, her father said, but that fellow owns a snake, a big one he’s always talking about. I love that snake, he says. Never makes a noise. Hardly ever any sort of mess.  And after a while, he set that boa loose to coil around the parrot’s cage, which, it turned out, quieted that pretty thing down.

She wanted to say she thought that parrot would scream, but instead she said, I guess so, and her father nodded.

She waited while her father took a couple of deep breaths like he was about to go underwater. She wished she could put her new-bought things away.

That fellow’s wife, her father said, she claimed the snake had driven the parrot crazy, that parrots who shut up are depressed, but you want to know how you would realize it’s crazy? Every reachable feather on that parrot’s body is gone. Now it looks like food. If it had hands, it would pluck its head.

Oh, she said, and her father said, oh is right.

There’s more, her father said. That fellow, now, can wrap his fat arms around the cage and press his face to the bars as if he doesn’t fear for his eyes.  There isn’t any need for his snake. He does the coiling now, surrounding that bird, then walking away, then coming back to surround it again. That parrot must think it’s about to suffocate. And then it doesn’t.

This time, when he paused, she said nothing.

Her father stared at her. Which would you rather be, he said, the parrot or the snake?

The snake, she said.

But you aren’t, her father said. So, what would be worse, the snake or the arms?