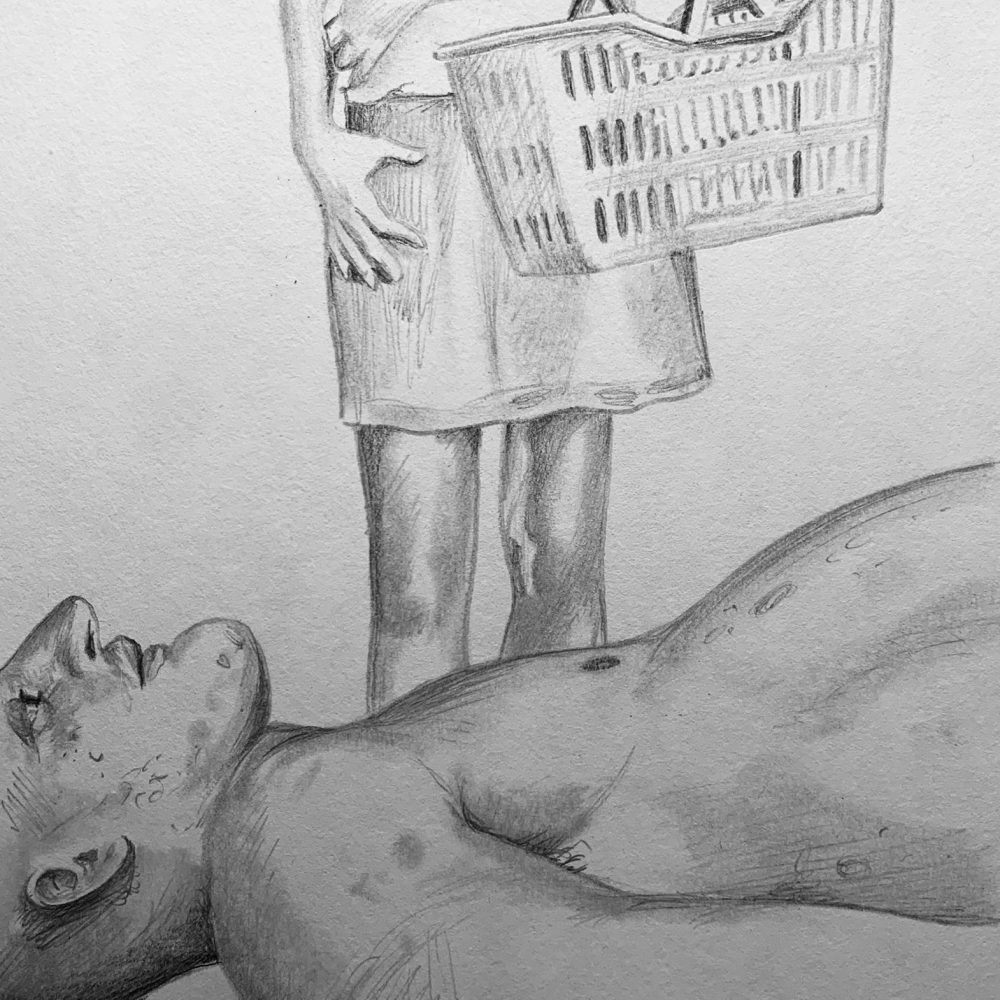 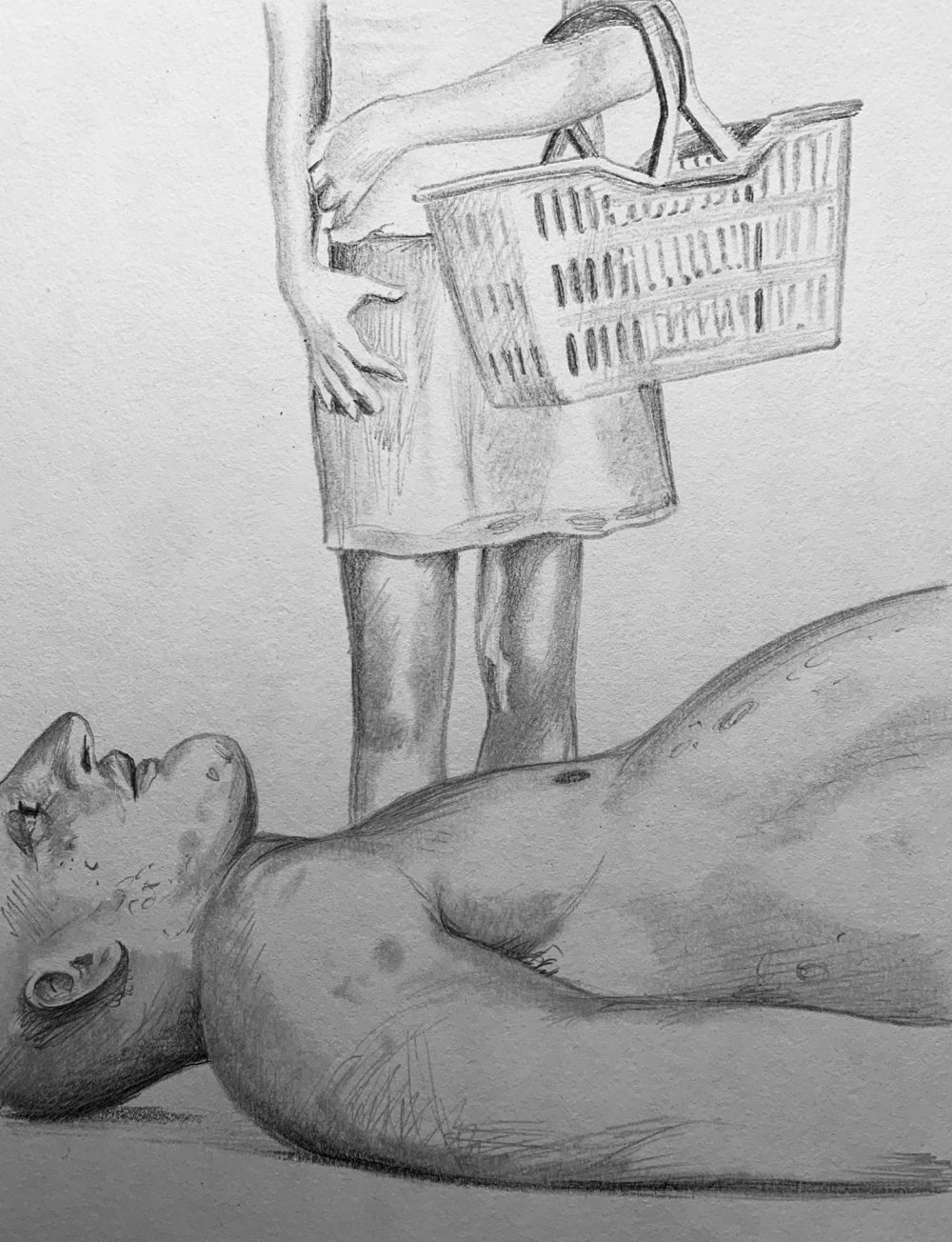 I was there to buy the expensive Sumatra on special. It was the brand with gilded packaging so enticing it had me convinced I’d purchase a bag of pure caffeinated bliss, an escape I craved with cult-like desperation, given the present, dire situation. I’d come around the Tea and Coffee aisle and there he was, a naked giant, sprawled across the floor.

When I say giant, I mean REAL giant. He had to be at least ten feet tall, or rather, ten feet long as he was laying down, not standing upright. This gargantuan being sprawled diagonally on his back, extraordinarily luminous green eyes wide open and staring ceiling-wards, a rapturous, chapped lip smile curling like a crescent moon above a massive chin. His sun-baked, freckled head was bald and enormous. And yes, it was hard to avoid a consideration of his private parts. His substantial penis coiled like a cobra in a Brillo pad tangle, his scrotum slumped like a hacky sack nearby. But it was his stomach that most impressed me. A perfectly rotund and hair-speckled mountain that rose like a gift to God, or Mother Nature, or whomever looks after naked giants.

I suppose I could’ve asked him to move, but the whole situation kept me mute. He looked at peace, serene at a time when my own nerves were a constant tumble. I could tell by the slow, steady rise and fall of that magnificent belly that he was calm. I imagined that life as a naked giant must’ve been particularly tough. Maybe he’d dropped from a better place somewhere above the clouds, tumbled down a beanstalk and found himself trapped here with us diminutive, shallow humans, our stupid mistakes and our major disasters. Maybe this lounge upon linoleum was a respite from the chaos, persecution and disorder a displaced naked giant surely had to endure given the current circumstances.

I couldn’t reach the fancy coffee without climbing over his body. The sale ended that day.

I walked the length of him to kneel by the top of his head. He smelled like a blend of cinnamon and baby poo. His speckled forehead presented itself to me as smooth as a Grecian urn. The giant kept his brilliant, bulbous green-eyed stare at the ceiling. I yearned to kiss him between his bristly eyebrows and feel them tickle both my cheeks, but that was now an impossibility. Instead. I looked down at the giant and whispered a prayer of good fortune, my words most likely gobbledygook falling on oversized and possibly deaf ears. For all I knew, this earthbound being was fully demented. Or maybe I was. Maybe all of us, giants and little people alike, all of us, flailing around in the deep end, in over our heads. My urge for coffee dissolved like so many other dreams. But better yet; after a series of silent giggles rumbled through his body like an earthquake causing the nearby canned goods to shake, the naked giant shifted his sober, knowing gaze towards me and winked.

Alice Kaltman is the author of the story collection Staggerwing, and the novels Wavehouse and The Tantalizing Tale of Grace Minnaugh. Her new novel, Dawg Towne is forthcoming in April 2021 from word west. Her stories appear in numerous journals including Hobart, Whiskey Paper, Joyland, and BULL: Men's Fiction, and in the anthologies The Pleasure You Suffer, On Montauk, and Feckless Cunt. Alice lives, writes, and surfs in Brooklyn and Montauk, NY.