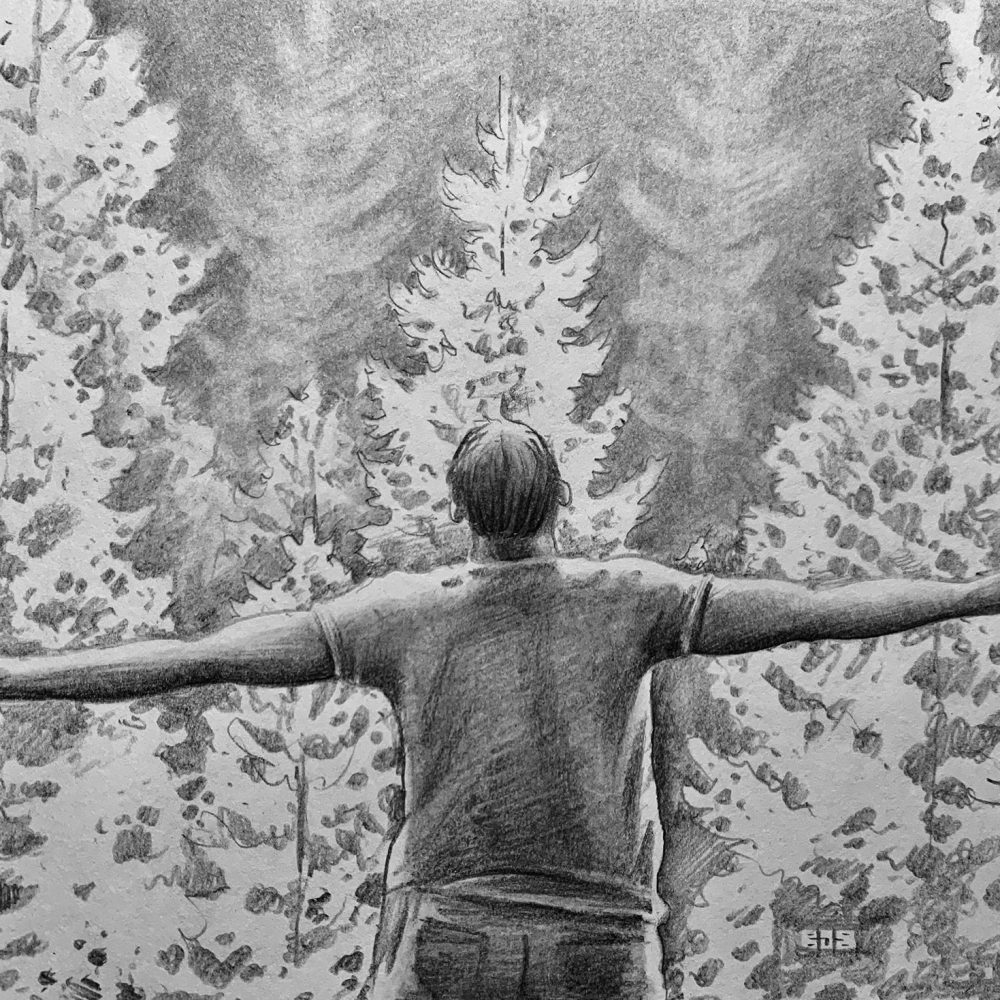 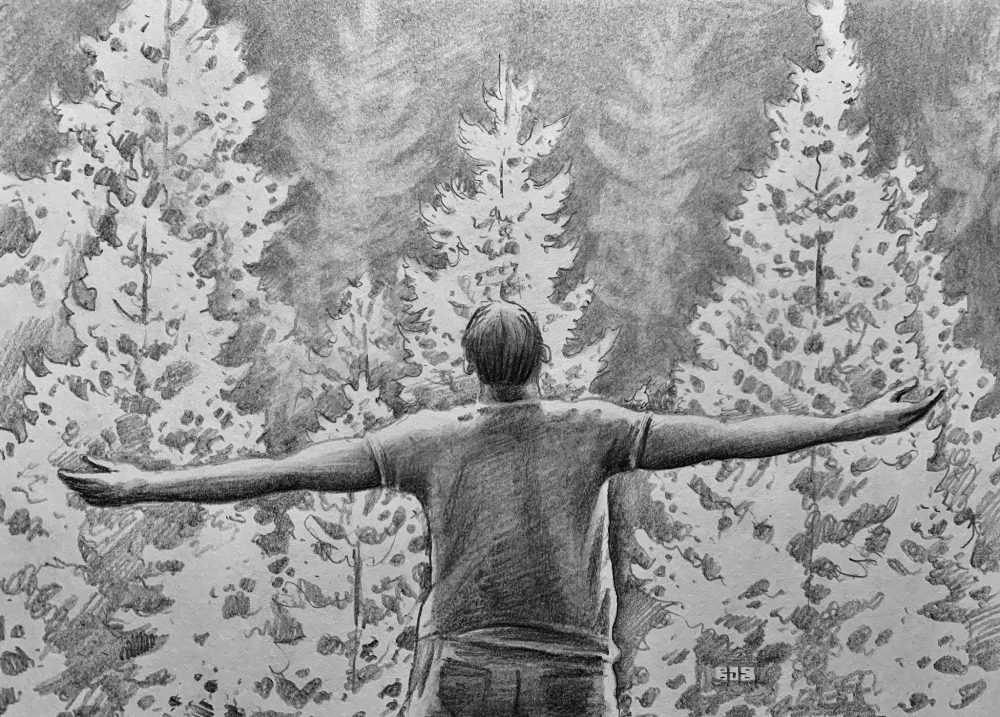 They say in Eastern Europe that the red trees first appeared at dead midnight on the Winter Solstice.

They say Sergei Navs woke to a noise and looked out his window.

They say he didn’t notice the red trail for some time, grief-stricken as he was at the loss of his livestock, but notice it he did—a trail crimson and bright on the moonlit snow, leading to a copse of trees yards away.

They say the trees were as tall as men, and they fanned out in perfect cones.

They say they were black-red that night.

They say that Sergei’s curiosity overcame his fear. He dressed as warmly as possible and ventured outside, stopping first by the shed to retrieve his ax.

They say Sergei Navs was a brave man—strong and powerful. Even the trees didn’t frighten him, though they should.

They say Sergei noticed steam rising from the trees, a red mist that rose into the night and tasted like metal and burning and hunger.

They say Sergei reached to touch the trees, but stopped. Rather, he was stopped.

They say the trees sang of warmth, of full stomachs, of vodka, of night-earth dug by hungry claws, of iron teeth, of fingers on dead hands sprouting from the ground, waiting to be counted; of spoons, of pain, of power, of ecstasy.

They say Sergei Navs dropped the ax and prostrated himself before the trees.

They say that Sergei Navs pledged himself to them that night.

They say after that he became a powerful man. A rich man. A desirable man. He married and had a daughter, a girl known far and wide for her beauty and intelligence.

They say, on her sixteenth birthday, he took her to the trees.

They say she came back. He didn’t.

They say she married soon after to a handsome man of means and of noble birth. They too had a daughter.

They say, on her daughter’s sixteenth birthday, she and her mother took her father to the trees.

They say he was never seen again.

They say the trees’ roots run deep and strong, but they can be moved with time and patience.

They say the trees drink from power and chaos.

They say the trees go to where the power is.

They say they came across the sea as sticks.

They say it took a year for the roots to take and the red needles to bloom.

They say the red contrasts nicely with the walls in the stately white house.