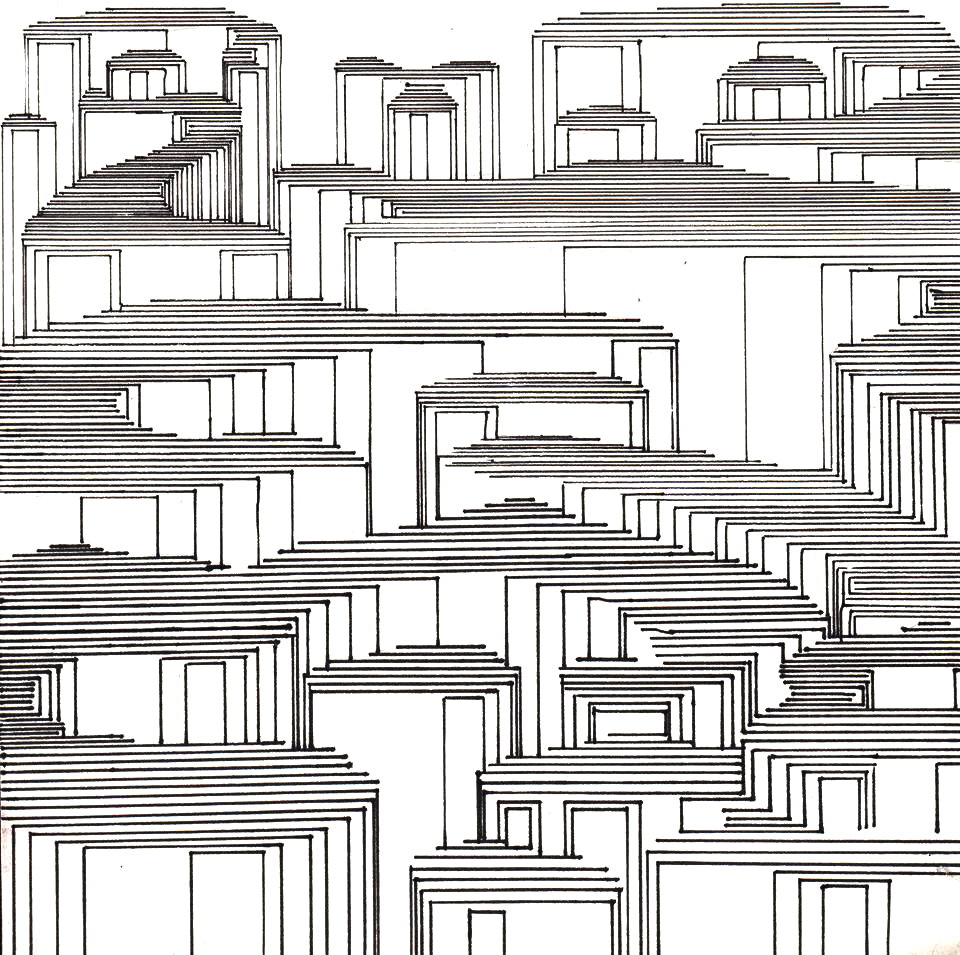 I’ve tethered myself to the water heater using a rope left dangling from the ceiling of my garage. The rope is frayed, peppered with limbs of insects that’ve otherwise escaped, and scratches against my hips since I haven’t put on a shirt. I bought this house at an auction. The rope was the only thing included with my purchase.

Gravity is weaker today. The feral cats land on the roof in one leap. The fronds of my palms stick out like unkempt hair. After my morning run, my sweat didn’t drip. My old college desk, which usually sags with the weight of a dozen half-empty handles of liquor, appears to sit level. The rope is a safety measure.

Sexually frustrated sparrows and helicopters from the naval base harmonize and I wonder if sound is leaking into the atmosphere.

My buddy Dakari calls, asks if I want to hoop at Sunshine Park. I tell him no, that I don’t trust my shot today. He offers to bring a pizza over, ice for my cooler. He’s worried about me after last night, when we ran into the woman I love at Jerry’s, when we saw that she’d replaced her hair with snakes.

They licked the air the way I wished to lick her.

Dakari’s arrived with frozen pizzas and beers. From his backseat he pulls ice and a large candle the shape of a swollen face. The wick suggests it’s been used. He asks about the rope and I point out he’s not wearing a hat today.

“Perhaps, it floated away.”

“I think it’s still at Jerry’s.” Dakari likes to collect bottle caps when we drink.

We stick the pizza in the oven, ice in my mostly-full cooler, and Dakari explains the candle to me.

“It’s like an Ouija board, but instead of ghosts, we summon ideas,” he says. “When I tried my daughter, nothing happened, but when I asked about slips in the universe, parallel nooks, it melted.”

He sets the candle on my liquor desk, lights it, uses it to light one of the cigars, tells me to let it burn for a minute before giving it a go. He cracks a beer for each of us.

The woman I love said she changed her hair because her new husband allowed her to be herself, not that I’d asked. Dakari and I were a table over, practicing our sober faces. We heard a hiss before we realized it was her. She was so loud, she must have seen me drool when I briefly fell asleep.

The candle is ready. I adjust the rope around my waist. A kid skating down the street ollies over a Jeep Wrangler. Dakari tells me to ask the candle something. I refuse. I believe it will melt in silence given enough time. Dakari’s cigar smoke settles about us like radio static.

We sit like that, a smile bent across his face while I wait for this candle to melt. It doesn’t. I ask about the woman I love, if there’s truly no hope.

“Ghosts don’t work, man,” Dakari says. “It’s got to be conceptual.” He pulls his cheeks out when he says this, chomps at the air. “Not what’s getting you down, but the essence of that.”

The kid outside ollies over the Wrangler again. This time he doesn’t come down. His mother runs out, looks to the sky, hands shielding her eyes.

“Does gravity lose steam?” I say.

Dakari claps his hands, a cloud stretches across the sun, the candle melts. The flame splits and reabsorbs and cracks. The wax doesn’t drip, rather, it rises. It moves like the St. Johns, and soon, drops of wax float above us. Dakari laughs, flicks them away like dead spiders.

“I’m not sure that’s what you were looking for, but it’s an answer.”

As I walked the nutria around Jerry’s parking lot, the woman I love called my name. She asked me how I was. Her snakes rubbed against one another, capable of fire. The nutria humped between a couple cars and I released my tie. I told her, “I’ve been running to curb the drinking.” Her snakes nodded at this, gave me a wink. That’s the last thing I remember.

The candle continues to melt upwards, fireflies of my own disconnect. I remove the rope from my waist. Dakari is inside grabbing the pizza, which may have burned, and the beer in my hand is empty. I step out to the driveway, search for the skateboarding kid, and find a sky collaged with terrestrial things. Garden lizards, dead leaves, fast food napkins, faded mulch, acorns, molted skin. I toss the can and watch it hover. I leap.

Caleb Michael Sarvis is a writer from Jacksonville, Florida. He is the author of Looney Purgatory or (i don’t have the stamina for that kind of faith) (Carbon Books 2018). He is the fiction editor for Bridge Eight Literary Magazine and co-host of the Drunken Book Review Podcast. His work has been featured in or is forthcoming from Hobart, Split Lip Magazine, Saw Palm, Fjords Review, Eyeshot, and others. You can read his column on FX’s Atlanta at barrelhouse.com