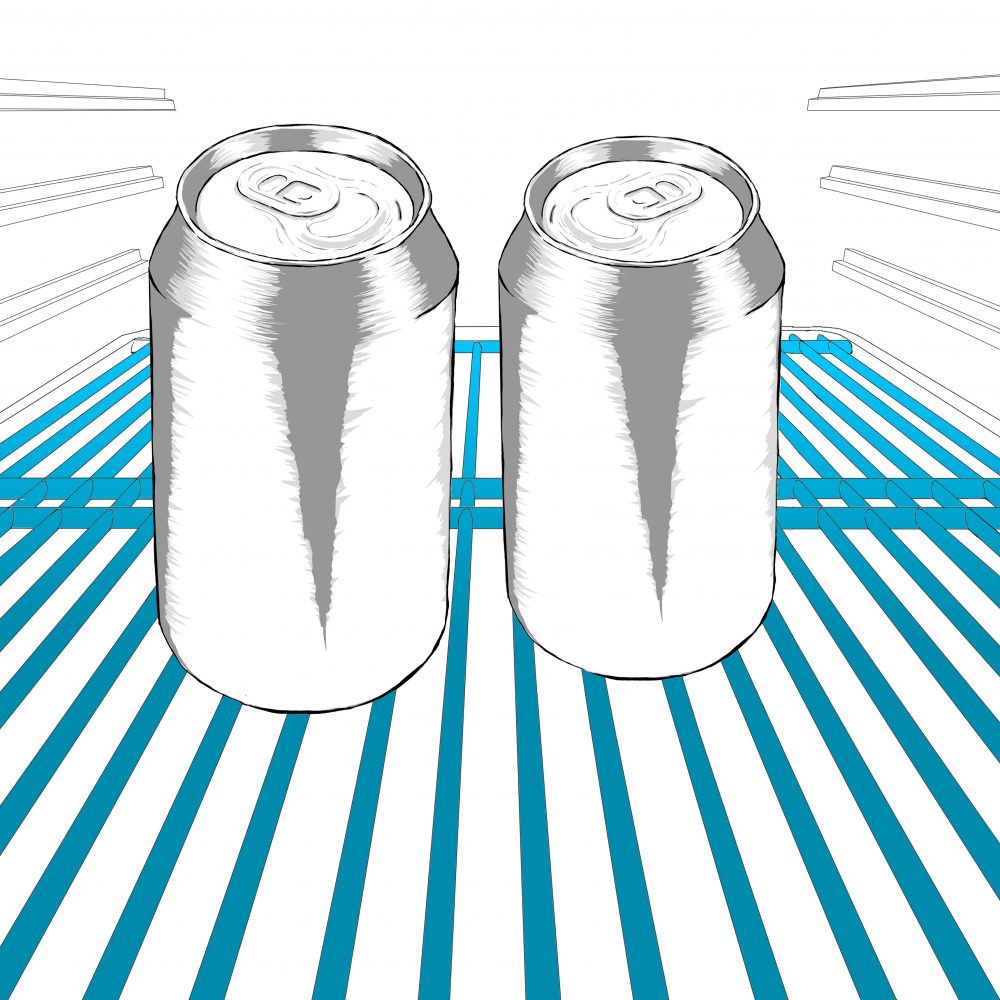 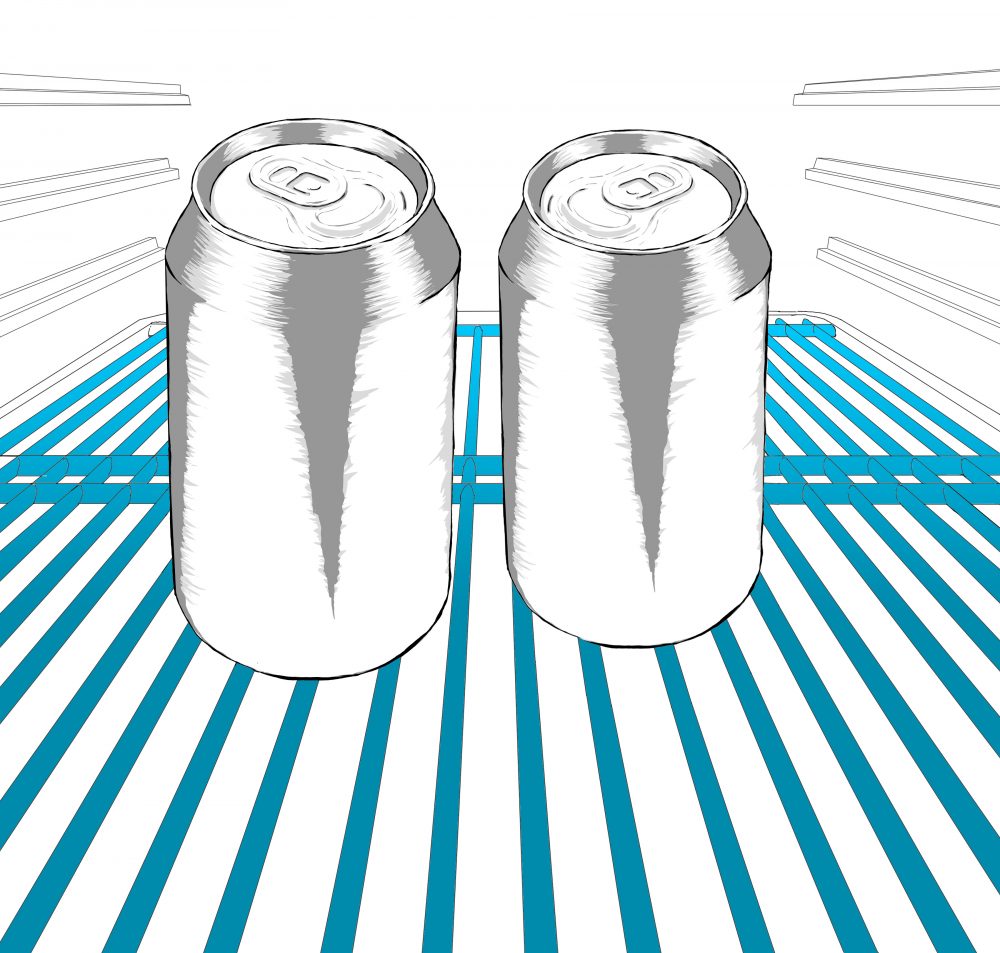 Husband pulls his Chevy truck under the carport of his small Florida home, next to Wife’s Passat.

Wife’s car, he notices, has not moved since he left for work this morning. He knows this because Husband places a penny on the top of the right rear tire each morning before Wife comes out to kiss him goodbye, handing him his thermos and lunch. If the penny is gone, Husband likes to ask if she went anywhere during the day to see if she speaks the truth.

Husband becomes annoyed. Grabbing his laptop case, thermos, and lunch tote, Wife hasn’t come out to greet him and help with his stuff. Through the storm door he sees their two Labradors’ wagging tails, but not Wife.

Stuff in hand, he knees the truck door closed. The Labradors sense the mood and retreat to the master bedroom. Husband enters the laundry room door off the carport and calls.

He hears a sound and pauses, juggling his stuff. It stops. Truck key in mouth, he leans over Wife’s piano, where he always dumps his stuff, and lets the key drop. The laptop case strap slides from his shoulder and he swings it to the piano. The Labs gain confidence and come out of hiding.

No Wife, but Husband hears her voice, only he can’t make out what she says, nor does he see Wife.

“Where the fuck are you?”

The Labradors go into hiding again.

Husband walks into the small u-shaped kitchen to put the thermos and lunch tote on the counter.

Husband has knocked over his water glass from breakfast with the lunch tote. Water falls over the counter, down the cabinet door to the tiled floor. He notices unwashed breakfast dishes on the counter.

He gets vodka from the freezer, pours two shooters, then pulls two beers from the case in the refrigerator. He calls for Wife again, grabs a small blue container of chewing tobacco, and an empty water bottle to spit in. He’s pissed about all this juggling.

“Wife, what the fuck are you doing?”

“On the dining room table. I can see you. Can’t you see me?”

The dining room is only a few steps away from the kitchen in the small Florida house. Husband see the table, the four chairs, the china cabinet. No Wife.

“This is bullshit. Stop fucking with me. C’mon, I have the drinks. I just wanna fucking sit down. Get the fuck out here.” Husband thinks Wife is in the small guest bedroom just off the dining room.

Husband notices a glass box on the center of the table. He can’t remember if it was there at breakfast. Husband is horrified Wife’s head is in the box, her eyes upon him, mouth moving, but he doesn’t hear her. Max, their big black cat, is napping on the table, his head propped against the box.

“How did you get in there? Where’s the rest of you? What the fuck—”

“I don’t know, I don’t know. One minute I was the bedroom folding your undies and t-shirts, the room started to spin, and I blacked out. When I woke, I was in here!”

“Well where’s the rest of you?”

“How the hell should I know? I just told you: Everything went black and I woke up in here.”

Husband downs both shots and stares at Wife. Wife looks back at him, frowning. Husband looks at the beers still on the counter. He’s close enough he can see the condensation slipping down on the cans. It’s been a long week at the job-he-hates.

“Do something for God’s sake,” Wife pleads.

Husband picks up the box to look for a latch, a hinge, a tiny knob. Anything. Nothing. Three perfectly circular holes the size of pennies are at the top of the box.

He doesn’t want to, but he holds the box above his head out of curiosity. He’s surprised to see that what he thought would be torn tissue, blood, and bone, was only a smooth nub of skin.

“There’s no way to open it, only three air-holes on top.”

“Do something. For God’s sake, I can’t stay in here forever.”

“What? What the fuck’s there to think about?”

“Shut the fuck up and let me think, will you?”

Husband steps out the patio doors of the dining room to the lanai and places Wife on the patio table, under the shade of the umbrella, though the sun is slipping.

He hears her slightly muffled voice as he changes from dress clothes to a pair of gym shorts. He goes to the bathroom. He plugs the charger into his phone, grabs the cold beers, the can of Skoal, spit bottle, and a box of tissues. His nose is runny from allergies. The Labradors come out of hiding and follow at his heels.

Settling into the lawn chair, Husband places a can of beer next to Wife’s box and sips his own. Wife says something. Husband remembers the vodka and heads back to fill the shot glasses a second time. He lets the dogs out to the yard and settles again to the chair.

A golden hue, Husband thinks, is settling over the yard. It’s nice.

He twists the can of chewing tobacco open, pinches out a wad, and places it under his upper gum. Husband hears a lawn mower in the distance.

“So, this asshole, Roger-something, a supplier I’ve been trying to work with, finally calls me back today . . .”

Judith Roney’s fiction, essays, and poetry have appeared in numerous publications. "Field Guide for a Human" was a finalist in Gambling the Aisle's chapbook contest, and "Waiting for Rain" won an honorable mention from Two Sylvias Press Poetry Collection contest. Her poetry collection, According to the Gospel of Haunted Women, received the 2015 Pioneer Prize. She confesses to an obsession with the archaic and misunderstood, dead relatives, and collects vintage religious artifacts and creepy dolls. When not playing with dolls, she teaches creative writing at the University of Central Florida, acts as managing editor and mentor for Longleaf Review, and is assistant poetry editor for The Florida Review.