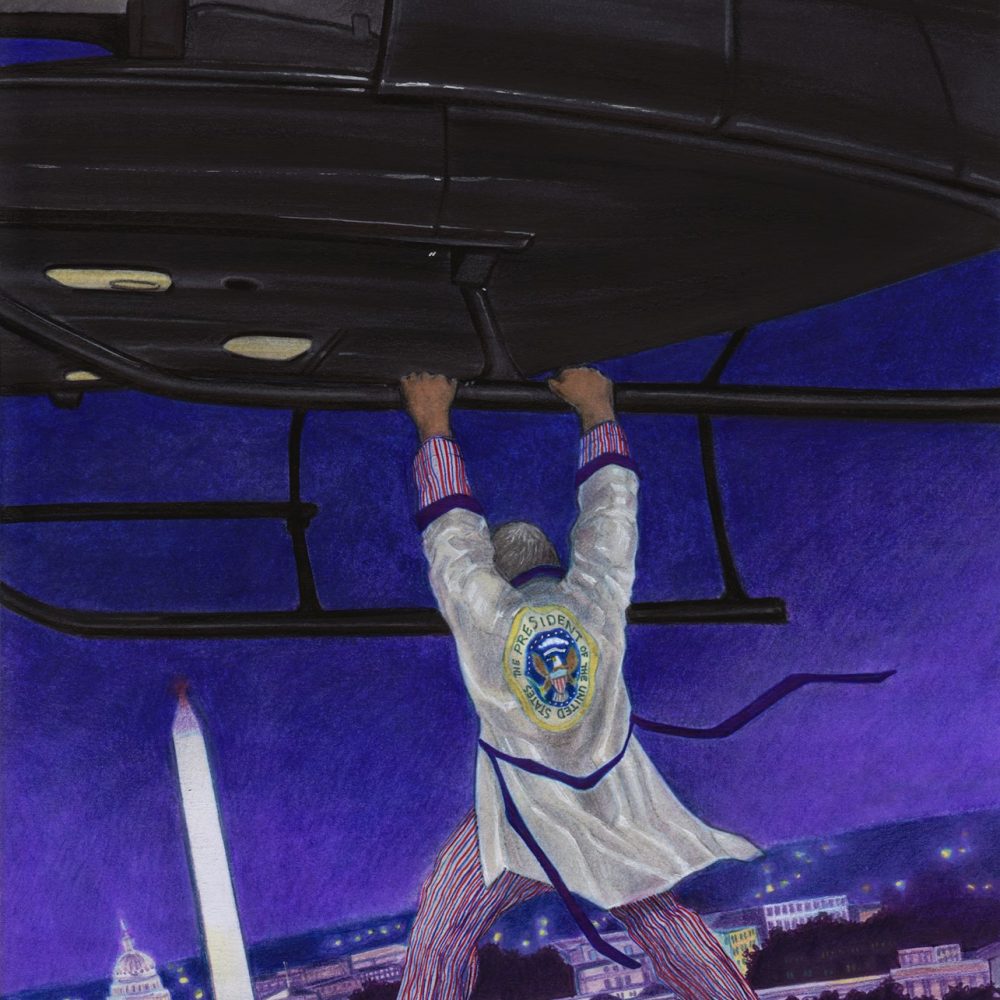 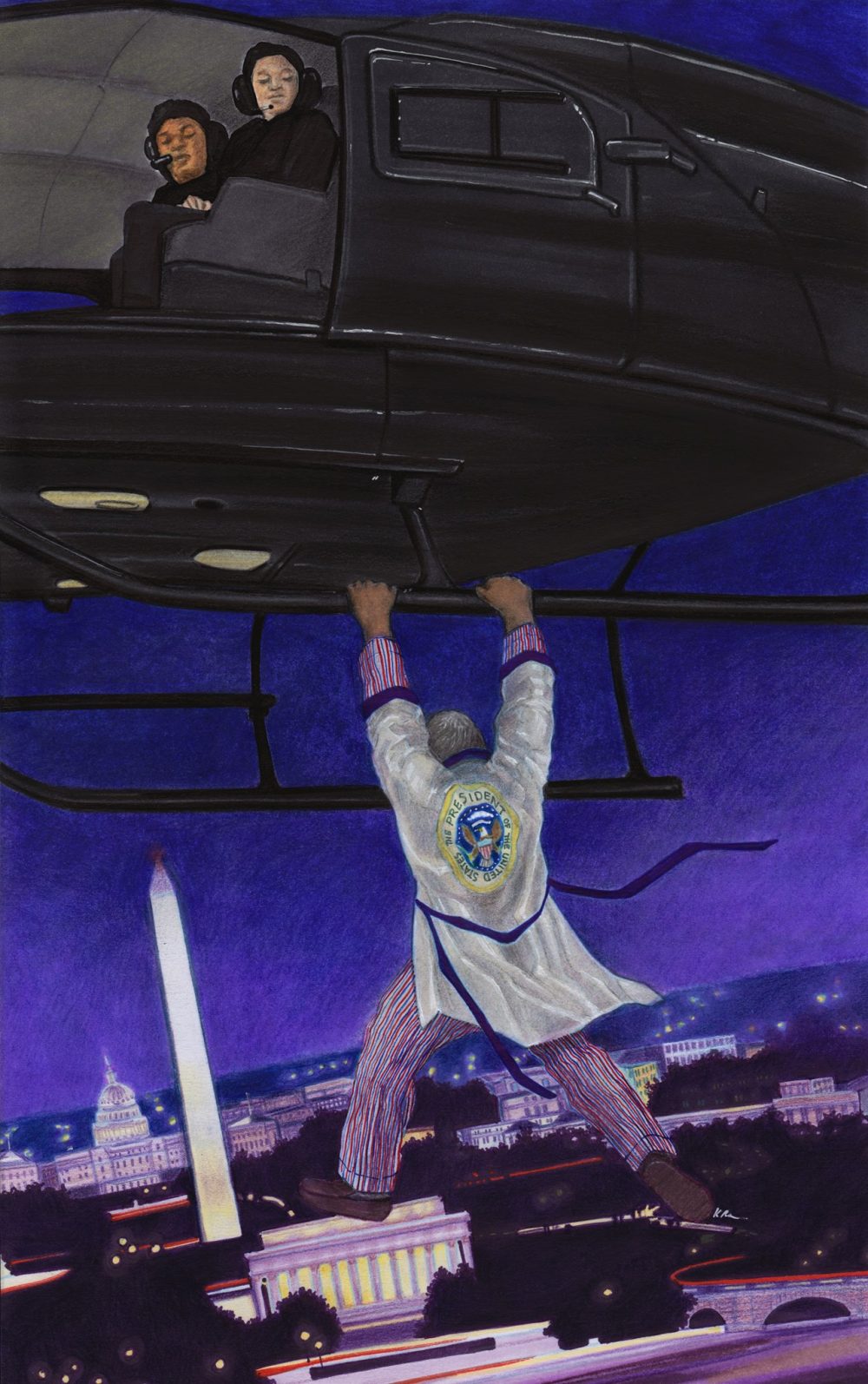 Every year at 3 a.m. on his birthday, we take the president up. He goes like everyone else: blindfolded and half-asleep. It’s only after the rotors spin us up through the clouds and we’re gone at least 20 clicks from home that the bag comes off his head. There’s always a moment of suspicion, then a quick look around. Then a smile.

“Happy birthday, sir,” says someone else.

We always bring a harness because that’s one of the things he likes to do sometimes: hang off the struts and pretend to be Jackie Chan in some terrible sequel. We hoist him back in after a short while, cheerful and breathless, and he tells us how his daughter would go ballistic if she ever saw him. He makes us promise not to tell her.

Later in the night, after a drink or two, the president typically makes a request to urinate on someone’s house. Sometimes there are requests for multiple targets. There are names given but rarely any coordinates, so we usually pick a neighborhood at random and hover while he baptizes some rich guy’s shingles with gold.

We take him wherever he wants to go, more or less. We count the tiny sinners in Vegas and circle the Luxor’s tower of light, dive in low for a run through the Grand Canyon. We pull up high over D.C. and for just an instant, the Washington Monument points us out like an accusing finger, framed against the moon.

Sometime around 6 a.m. the president finally tires of the ride and rubs his eyes against the constant dryness of the wind. A crack of red begins to widen between the sleeping America and the sky, and he watches it grow.

“Can’t get a view like that just anywhere,” he says.

“No sir,” someone replies.

We tell him it’s time to return and the president always has one final request: to lean out the door and make some kind of proclamation or apology. He is always welcome to do so. He screams to the world and the wind and distance gobble up his words. If there are tears, they are dry before they reach his cheek. Nonetheless, it seems to have a calming effect. The president stretches, thanks us for our service and shakes each hand in turn, then closes his eyes well before the blindfold lowers onto his head.

Tod Caviness is a former journalist with the Orlando Sentinel. He was twice named best poet in Orlando by readers of the Orlando Weekly who all have beards and should know. His poetry and short fiction has been seen in the Ampersand Review and Borderline, among others. Each month he is the host of the news-meets-fiction reading series Loose Lips, and each year he organizes literary events for the Orlando International Fringe Theater Festival. He lives in Altamonte Springs.